Minivans are slow and dumb vehicles, and they definitely won’t do any kind of speed if it is loaded with children, nevermind a tractor which is heavy and is massive but somehow, the two Frenchmen who were driving the Reanult Espace minivan actually managed to fit a tractor inside the car.

It was a normal day for the Catalan police in Spain where a 120 KMH speed limit is enforced, until their speed gun clocks in a minivan at 204 KMH so they saw it right to stop the van but hilariously enough, they saw an entire tractor fitted inside the minivan.

The Frenchmen weren’t drunk and the driver was taking the tractor somewhere to scrap it and police let the man go as neither the tractor nor the minivan were stolen and oddly, they let them go just for a fine of ‘carrying too much crap’ but not off the high speeds they were traveling on. 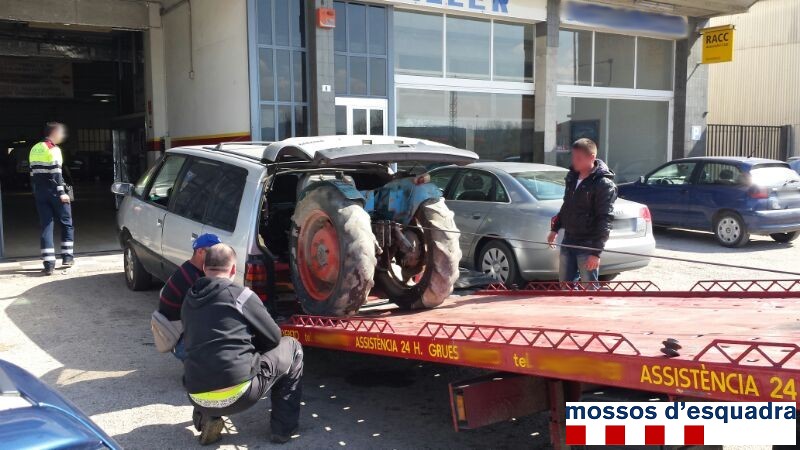