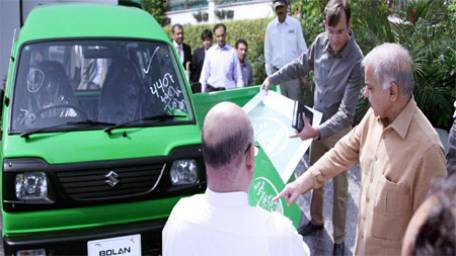 While addressing the meeting, The CM Punjab, Shahbaz Sharif said that 10 percent specific quota has been allocated to South Punjab through this scheme already. He further added that the scheme gives an opportunity to unemployment youth to get employment.

Only merit should be considered during Apna Rozgar Scheme, and there should be no lapse in the transparency when the scheme starts this month.

Shahbaz Sharif considers youth as the most valuable asset of the country. He said that the government is empowering this asset by providing them respectable job opportunities. CM also inspected the vehicles that would be given to the beneficiaries on lenient terms and conditions.

Superstores and Shopping Carts – A problem for motorists in Pakistan