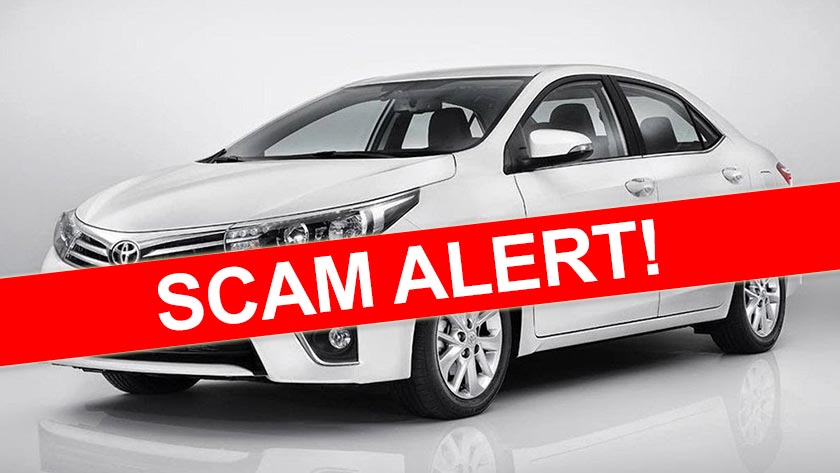 Today, NAB carried out a advertisement in local newspapers intimating the public about an inquiry started against Toyota Garden Motors, Lahore about a scam/fraud against the owners and the sales officer of that dealership. NAB states that the dealership’s owner and sales officers are allegedly involved ‘in cheating the public at large through receiving amounts for booking/sale of vehicles and embezzling the payments / amounts fraudulently’. Talking with the dealership’s CEO, it turned out that the dealership was wrongfully implicated in the scam run by one of its salespersons.

Upon further inquiry, we came to know the full extent of the fraud that is valued up to 6 crore rupees. Our sources told us that a sales officer found multiple investors who invested in 30 ex-stock Corolla vehicles, which were to be sold later on charging premium (ON). However, the sales officer got greedy and decided to keep it all to himself because the cars were not sold on the investor’s name neither were they booked on a single NIC (National Identity Card). They were in fact booked using various NICs leaving no proof for the investor to claim any of the vehicles were bought using their money.

For instance, if Mr. X is the person whose NIC was used to book a Corolla, using the money invested by Mr. C, the transaction was handled by Mr. 420 (sales officer). Mr. X has no idea that his NIC has been used to buy a car but the booking papers and NIC is on his name. The car arrives, Mr. 420 gets a buyer ‘Mr. K’, and he buys the vehicles submit his document to get the vehicle on their name but the payment check, instead of going to Mr. X’s name, is issued in an entirely different person’s name therefore, questioning the legitimacy of the transaction. 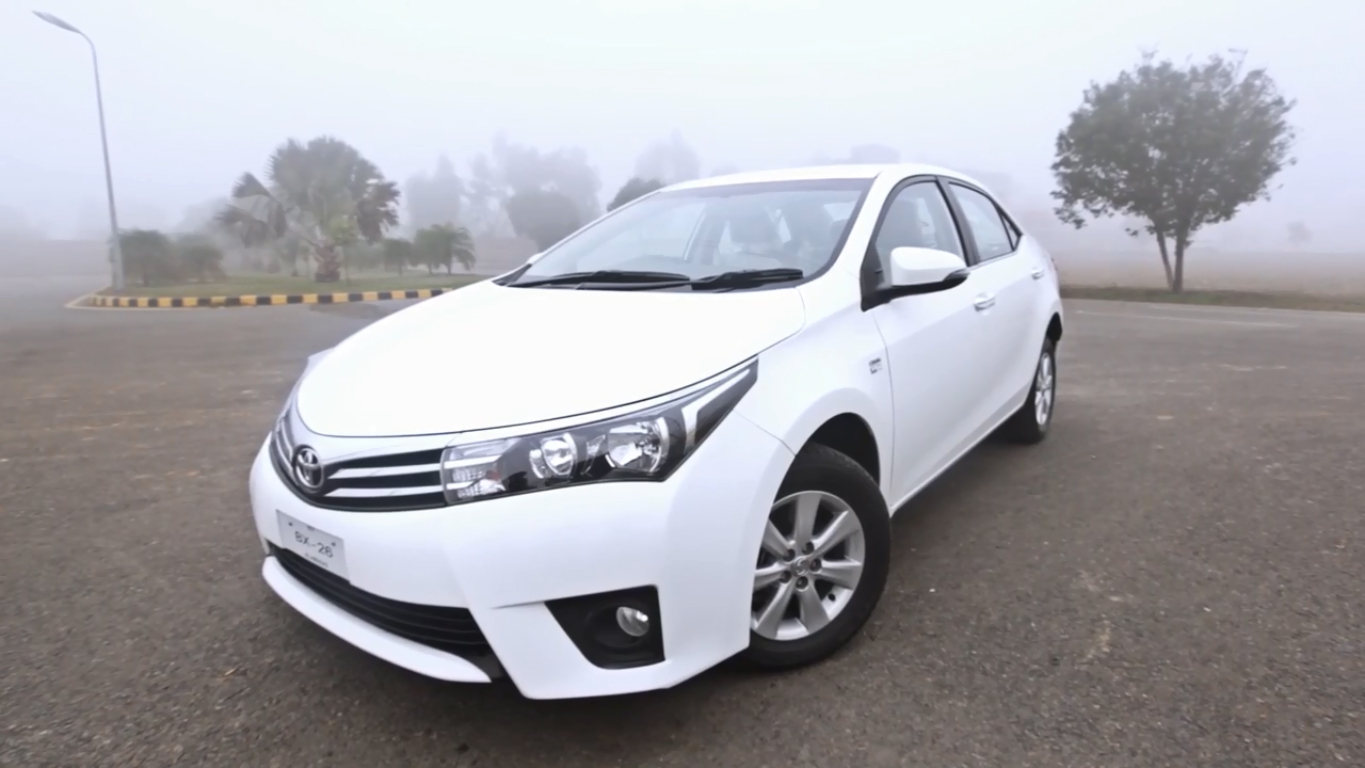 We discussed it with a prominent dealer who explained that a vehicle registration book reads ‘Provincial Use Only’, it is what provides government with the required legislative power to revoke such fraudulent  transactions. The 30 or so vehicles that were sold of in the Garden Motors scam, all of them are going to be impounded as they hold no legal cover. The car is booked using Mr. X’s NIC and Mr. K issued the cash check on someone else’s name making it appear Mr. X never got the money.

So here’s an advice, whenever you’re buying a car, always issue the check to the name (account) of the person on whose name the car is. Never ever pay cash. So it’s a bona fide purchase. We also advice people to never transfer any token money online without going through all the vetting process that a careful buyer must do. Vehicle ads do pop up frequently wherein the seller says that they are in need of money urgently, so the car whose actual market value is say 100 Rupees, they’d let it go for just 70 Rupees because they need money. Obviously, a Vezel going for 5 lacs less than market value is a steal! The seller coerces the buyer into making an online deposit or EasyPaisa transfer of 1-2 lac rupees as token to hold the car for you until you arrange the rest and come over but the seller disappears into the rural areas or somewhere and its not worth the hassle to pursue him. 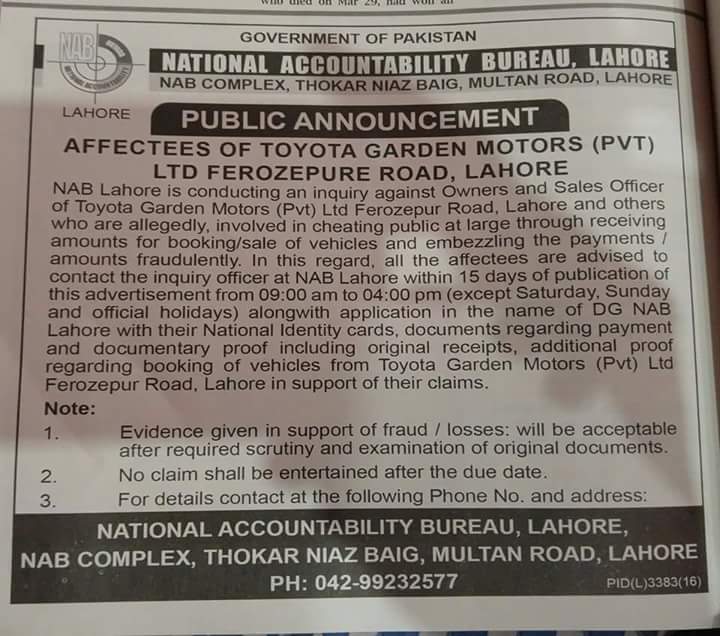 It is very unfortunate that this incident occurred. Being an authorized Toyota dealership and doing business for the last 25 years, we cannot afford to jeopardize the trust of our customers at any cost. The tragic incident only took place between the fraudulent salesman, Taufiq Ahmad,  with connivance with greedy investors none of which were end customers and had personal working ties with him for the last couple of years. These investors did not  adopt company’s SOPs and also violated them for personal financial gains. None of these so called affectees, have our company’s official receipt with them since they never came to deposit their money at the company’s cash counter and handed it over to Taufiq (against his personal postdated cheques) who would lure them by offering shorter delivery lead times of 20-25 days as opposed to 4-5 months. We have also displayed boards, (both in Urdu and English) everywhere in the dealership, which intimates customers to only deposit their money strictly at cash counter and obtain the company’s official receipt. Most of these gentlemen are his first cousins who were hand in glove with Taufiq and  run a small showroom in Faisal town. We have not received a single penny in excess and have issued cars against the exact amounts we have received, details of which have also been handed over to the official authorities.  We truly believe that these investors/affectees are equally responsible for their misconduct and unethical practices and when people are rewarded for greed, then greed becomes the corrupting motivator. My advice to all the customers would be not to get direct/personal with any individual and only deal with the company to avoid such mishaps. Last but not the least, have your name written on your pay-order and always obtain company’s official receipt.

Toyota Garden Motors was implicated in the scam on the grounds that the cars were sold from their dealership while none of the buyers had gone to the company’s cash counter to obtain the documents on their names legally. Rather, they were working with the sales guy and handed the bank drafts over to them against which the sales guy handed over fake receipts. The correct receipts were handed over to him when he submitted the check on the company’s cash counter as per the SOP to buy the ex-stock vehicles (those vehicles which are in the dealership’s inventory). Once his investors realized that they’ve been cut from the transaction with no proof of ownership on the vehicle, the influential bureaucrat involved NAB in the case.

All New 1.5T 2016 Honda Civic Suitable for Pakistan or a Disaster?