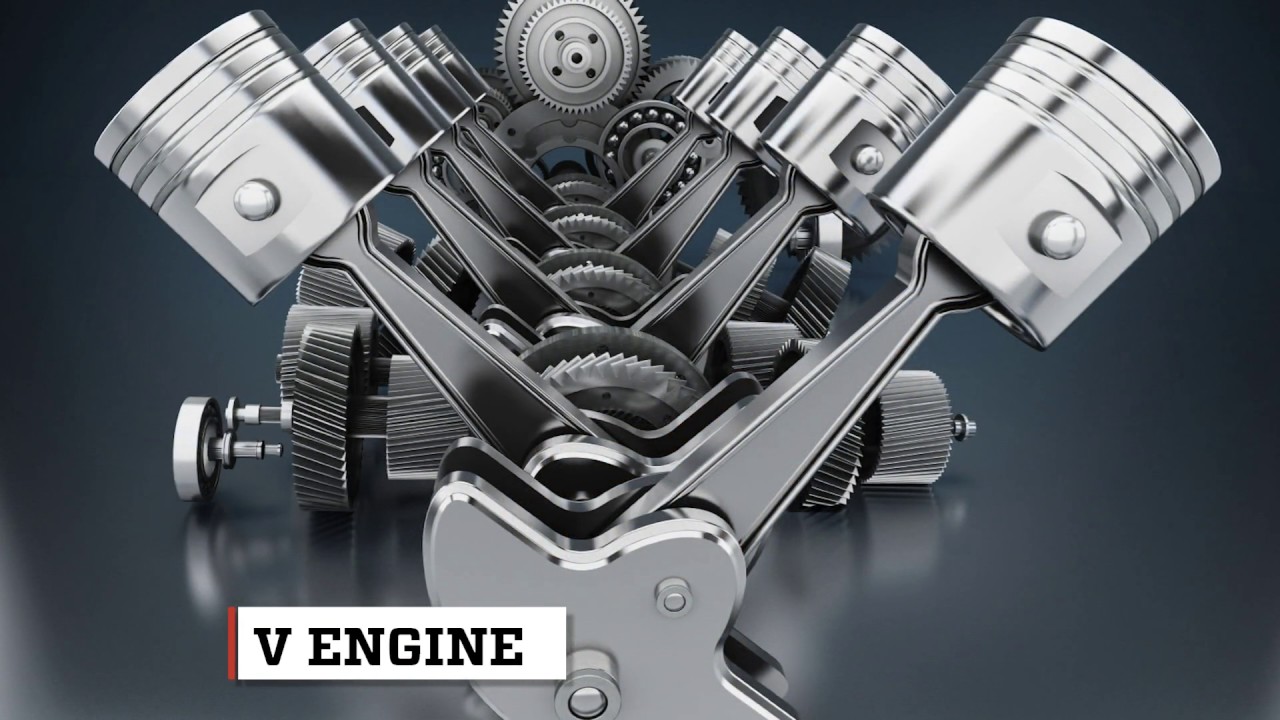 As a car enthusiast, you must have heard about V6, V8, and V12 engines, but we do not know much about these engines. Normally in Pakistan, all the cars, whether hatchback, sedan or SUVs, have inline engines, and the V engines are rarely found in Pakistani cars. In this article, we will talk about the difference between inline and V engines and their advantages and also about the difference between V6, V8, and V12 engines. Building an equivalent V8 or V12 inline engine would be too long for practical use in vehicles. The use of inline engines in cars has fallen to the wayside in favor of the more compact and lighter V engines, and it provides car manufacturers to pack more horsepower under smaller hoods. A V engine having six cylinders mounted on the crankshaft in two banks of three cylinders set at 60o or 90o angle to each other is a V6 engine. It is one of the most compact engine configurations shorter than an inline 4 cylinder engine. Its short length enables it to be used widely in transverse engine front-wheel-drive layout. A V6 engine is successful in mid-sized cars because it is less expensive to manufacture and smoother in a large size than an inline 4 cylinder engine. The 90o V6 configuration will fit in an engine compartment designed for a V8 hence providing a cost-effective alternative to V8. It usually ranges from 2.0L to 4.3L displacement.

A V8 engine has eight cylinders mounted on the same crankshaft in two sets of four. All the eight pistons drive a common crankshaft. Most banks are set at an angle of 90o to each other, but more configurations are 45o, 60o, and 72o. The V8 is basically two parallel inline-four engines sharing a common crankshaft. In 90o V8 engines, balance shafts are incorporated to reduce vibrations, thus resulting in a complex crankshaft. 72o V8 engines are used in modern racing cars. 45o engines were used in diesel locomotive but are being used in modern 4 wheel drive racing cars. 60o engines were designed for transverse front-wheel-drive configuration and are narrower for efficient use of space. V8 engines usually vary from 3.0L to 8.0L in displacement.

A V engine with 12 cylinders mounted on the crankcase in two banks of six cylinders each, usually at an angle of 60° to each other, with all 12 pistons driving a common crankshaft is a V12 engine. A 60o V12 engine is narrower and longer than a V8 engine. These engines were extremely popular in early luxury automobiles, boats, and aircraft. This engine fits well in long and heavy vehicles such as locomotives and trucks. V12 engines are rarely found in modern luxury automobiles and trucks but are still used in ships, locomotives, military vehicles, cruise ships, and submarines where high power is required. They are only used in expensive sports and luxury cars because of their power, smoother operation, high fuel consumption, high cost, and complexity. V12 engine inherits a perfect primary and secondary balance no matter which V angle is used, and hence, no balance shafts are required.

Tell us about your thoughts in the comments section below.

OGRA recommends a decrease in petroleum prices for December 2019