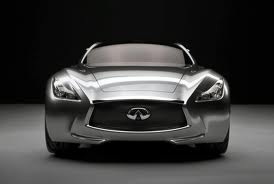 Japanese automakers’ main brands weren’t known for luxury and style so almost all of them made new premium ones to battle the likes of German automakers such as; Audi, BMW and Mercedes, as the market they catered was an expanding one with mostly people, owner of Japanese vehicles then, dreamed of growing to buy one of the Germans and Japanese automakers’ would like to retain such aspiring people.

Hence, Nissan created Infiniti, Honda made Acura and Toyota began the Lexus namesake. While the latter two Japanese automakers have pondered over to expand their line-ups more, however at the North American International Show 2013, the CEO of Nissan and company’s executive VP said;

While talking for wardsauto.com: “Very frankly, very candidly, we don’t need Infiniti, we just don’t need that brand [ . . . ] Mr. Ghosn challenged me and said, ‘We don’t have to do Infiniti, you can cancel it if you want.’”

But then Nissan hired ex-Audi executive to run the Infiniti brand following the benchmark set by Audi.

A BMW fitted with a motorcycle engine officially

Here are the custom duties on cars and bikes