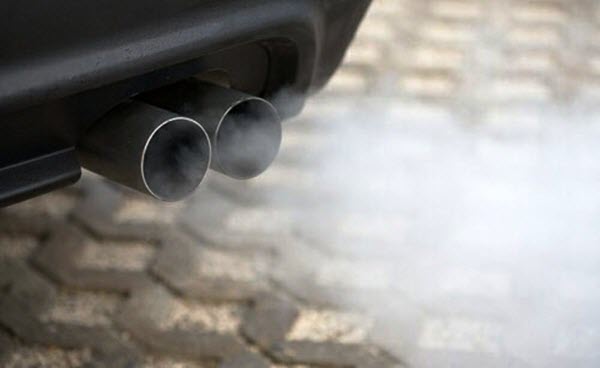 Unlike the people in developed countries, Pakistani people mostly drive used cars that have seen more than one life. This results in a huge number of high-mileage engines on the roads, and, of course, a lot of blue smoke. However, blue smoke does not always indicate a completely worn out engine. This article aims at helping us identify the many other reasons of notorious blue smoke emitted by vehicles.

If your vehicle is emitting blue smoke, a careful analysis of its pattern can help identify the reasons behind it. The first thing to note is the engine’s mileage. High mileage does not mean blue smoke is inevitable, but it increases its chances due to wear. If your engine mileage is above, let’s say, 150 thousand kilometers; there is a good chance that the engine has seen its share of beating. However, this does not mean that all engines that have high mileage are worn out.

Regardless of whether the engine has clocked high mileage or not, we go step by step to analyze the four most common causes of blue smoke.

Problem: If the car is not maintained well and the oil is not changed on time, the chemical makeup of oil gets corroded with impurities. These impurities constantly decrease the oil’s ability to neutralize and absorb harmful gases and chemicals that can cause damage to your engine, resulting in the makeup of sludge over time. This sludge, apart from causing internal damage, can clog important drain holes next to the valves in the engine head.

This disrupts the circulation of oil. The engine head can get filled with oil that can leak into the combustion chamber through either the valve stem seals and/or the air intake manifolds connected to the engine’s ventilation system.

Blue Smoke Pattern: Sludge can cause anywhere from almost a continuous blue smoke to occasional puffs on both driving and startup. In short, the pattern can be erratic depending on the effect on the drainage.

Solution: To solve this problem, you need to remove the valve cover on top of the engine and thoroughly clean the drain holes to ensure no impurities are clogged there. From there on, try to maintain oil changes on time and make sure the engine maintains an optimum working temperature at all times.

The engine requires a ventilation system that helps regulate and discard gases that build up inside the crankcase. If these gases get trapped, it can create a pressure that can cause the valve stem seals to leak oil into the chamber. This problem arises, most commonly, because of the malfunctioning of the positive crankcase ventilation (PCV) valve that re-routes these gases towards the air intake manifold. This valve sucks out the vapors and keeps the ventilation system running.

Due to sludge, if a lot of oil is collected around the valve system, the PCV valve can start sucking in oil instead of vapors towards the air intake, resulting in the burning of oil which eventually causes blue smoke.

Blue Smoke Pattern: Bad ventilation can cause blue smoke at startup and occasionally while driving. Symptoms can slightly vary depending on the intensity of the conditions.

Solution: In EFI cars, the PCV valve can usually be found at the valve cover and is attached via a hose to the air intake manifold. All it takes is a set of pliers to remove the hose grip. Then, you just carefully pull it out and replace it.

Time: 2 – 5 minutes for someone used to little technical work.

Valves are what control the air intake and exhaust of the combustion chamber. They are synchronized by the cam shaft in such a way that they deliver their duty with immense precision down to each millisecond. Since these moving parts require to be drenched in oil, there are seals placed on the valve stems to prevent this oil from leaking into the chamber. Over time, due to imbalanced temperature or other negligence, the valve stem seals can go brittle. This results in the seeping of oil past the valve openings and into the chamber where they get combusted.

Blue Smoke Pattern: Oil, dripped past the bad seals into the chamber, immediately comes out as blue smoke on cold startup. Depending on the intensity of the seal leakage, oil can either barely be observed while driving or not visible at all, unless all the seals are heavily damaged or worn out.

Solution: Unfortunately, with the limited technological remedies, this problem requires the engine head to be dismantled and the valves carefully removed to replace their stem seals. It is a tedious job and requires a pretty experienced mechanic to be able to do the job properly. Once the new seals are replaced, the dripping of oil diminishes and the blue smoke goes away. There is, however, a technique to remove valve stems without dismantling the engine head but, mechanical expertise is scarce in Pakistan for that method.

Since the pistons have to move through the compact cylinders with barely any gap, they require oil to lubricate their movement. This oil in the cylinders strictly needs to be restricted from entering up into the combustion chamber. This is prevented with the help of piston rings which are a set of rings assembled around each piston head. In simple terms, they act like extremely robust and efficient wipers that constantly wipe the oil back down the cylinder and prevent it from entering up into the combustion chamber.

If the engine has been roughly used and proper timely maintenance has not been performed, these rings wear out and let a bit of oil to slip past them. This problem can often be in one, two or more cylinders.

Blue Smoke Pattern: In the case of worn out piston rings, a car generally continuously gives off blue smoke. The amount of blue smoke indicates the extent of piston ring wear.

Solution: This is as bad as things can get. Worn out piston rings require the inevitable solution of a complete engine overhaul in most cases. This includes changing a lot of small parts, particularly the piston rings. In worst case scenarios, if the bore of the cylinder has also suffered damage, it requires the engine block to be removed and replaced to fit in new pistons and rings. An alternate solution is to replace the engine, but to be able to buy a good one without problems can be tricky.

Cost: Engine overhaul can cost anywhere from Rs. 25,000 to even a lac depending upon the car make and model.

Time: Typically 10 – 15 hours, spanning mostly over a couple of days.

DIY Difficulty: 11/10 (Yes, it’s a bit of a longshot to even think about opening the whole engine assembly at home. NOT recommended.)

Careful precautions like changing the oil on time, keeping the cooling system serviced, and driving carefully can help engines achieve even more than 250 thousand kilometers with little problems. On the other hand, careless driving and a lack of timely maintenance can make your car develop engine related problems even under 100 thousand kilometers. The most important precaution is to ensure a well-maintained cooling system.

Wijdan Khaliq works at the Senate of Pakistan in the Research Department as a Speechwriter. He has been a Motorsport enthusiast for the past 19 years. Even though he has a Masters degree in Media and Communication, he developed a strong love for automobile mechanics over the years, and does not hesitate in getting his hands dirty at all.