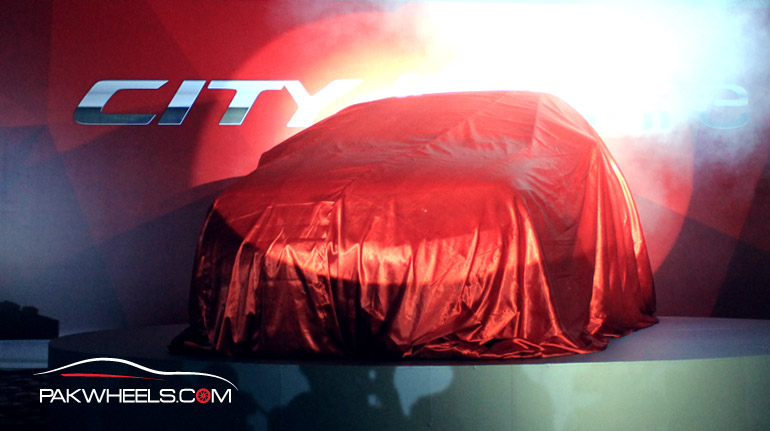 LAHORE: Weeks of rumors, leaks and speculations come to an end today with the official announcement of 2014 Honda City by Honda Atlas Cars Pakistan Limited (HACPL).

On October 16, 2014 HACPL hosted a grand launch event of the all new 2014 Honda City at the Royal Palm Golf & Country Club. According to out correspondent Saad S. Malik, before unveiling the car, Mr. Takeharu Aoki – President, HACPL – quoted PakWheels.com’s survey and awards, stating that the people of Pakistan have chosen Honda Civic as the “Car of the Year” and Honda City as the “Most Fuel Efficient Car”.

The car is same as the existing Honda City that has been in the market since 2009 but with added features and cosmetic changes. The good thing is that HACPL has not increased the prices, yet. 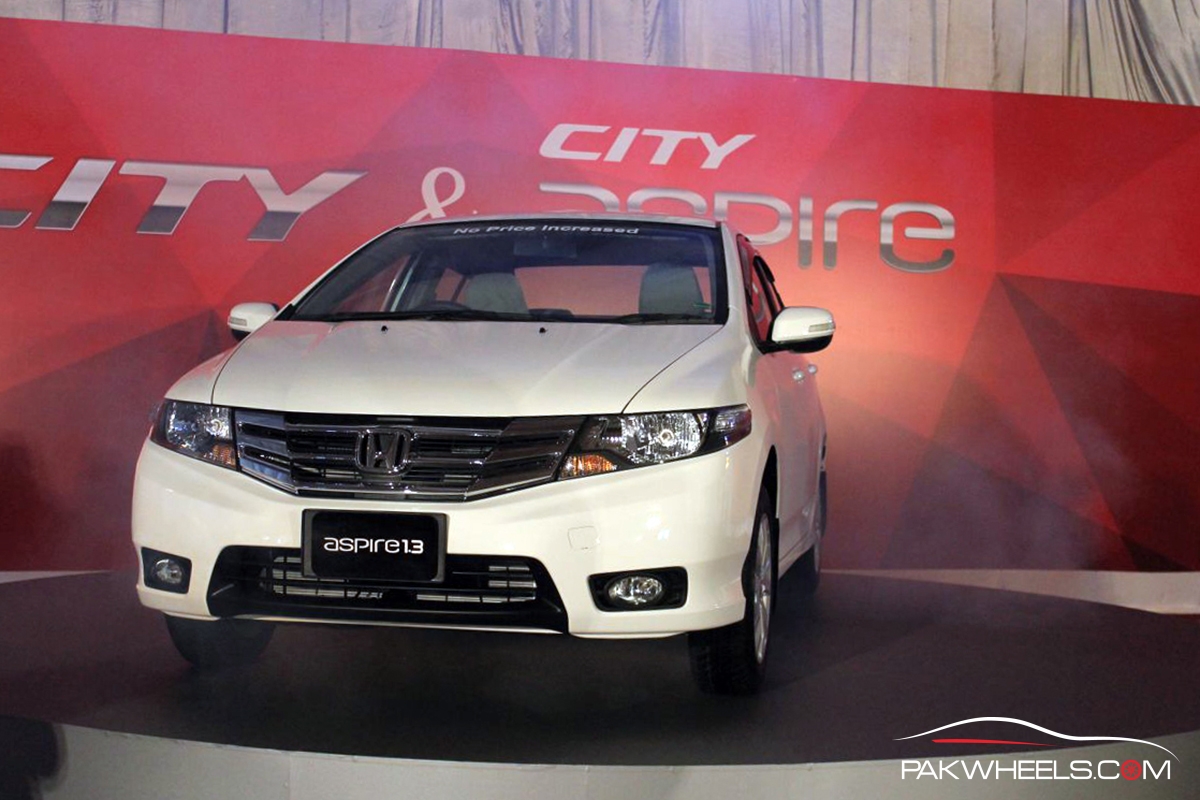 “We are delighted to launch the evolved Honda City and Aspire in the Pakistani market without any price increase. The more exciting and satisfying news is that we were able to launch the evolved models at the same price with so many added offerings. This reflects the constant efforts that HACPL undertakes to ensure that Honda remains the most preferred and luxurious choice of the Pakistani market offering highest value for money.” 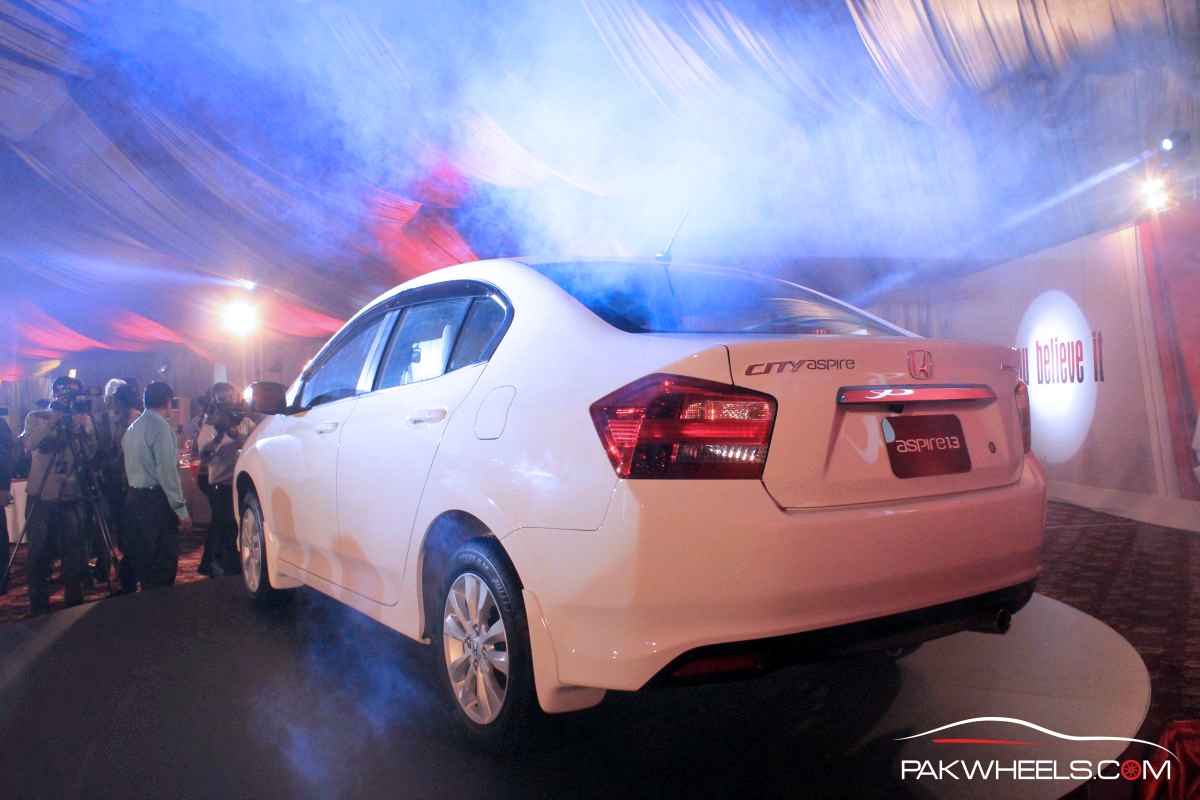 HACPL is not calling it the new City but instead calling it the evolved models of the existing City. Mr.. Ayaz Hafeez – Senior General Manager Sales & Marketing, HACPL, highlighted that the evolved City will have the new features like chrome grill, new bumpers, elegant rear lights, integrated tuner, key-less entry and side mirror turn signals with indicators as standard with no additional charges emphasizing the concept of “So Much More For Nothing More” which is the tagline of the evolved City. He also announced addition of 1.3L Aspire to the existing Honda City lineup. Aspire 1.3L will have leather interior, allow rims, fog lamps, navigation and multimedia with rear view camera in addition to the standard upgraded features. 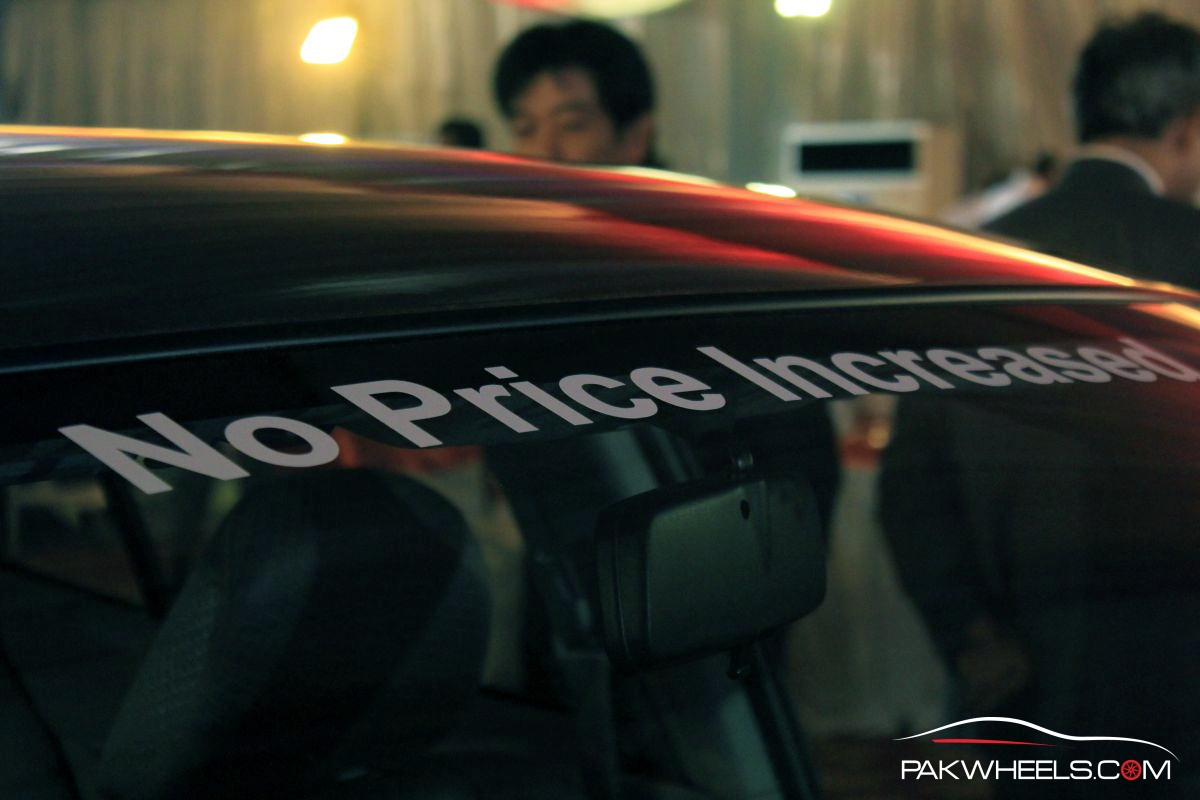 Pricing of the new models are as follows:

Scroll through the gallery below to see more photos:

Watch the official unveiling video below:

Do you think that Honda would be able to retain its customers with the new concept of “So Much More For Nothing More”? Let us know in the comments.

Prev Next
51 Comments
Leave A Reply