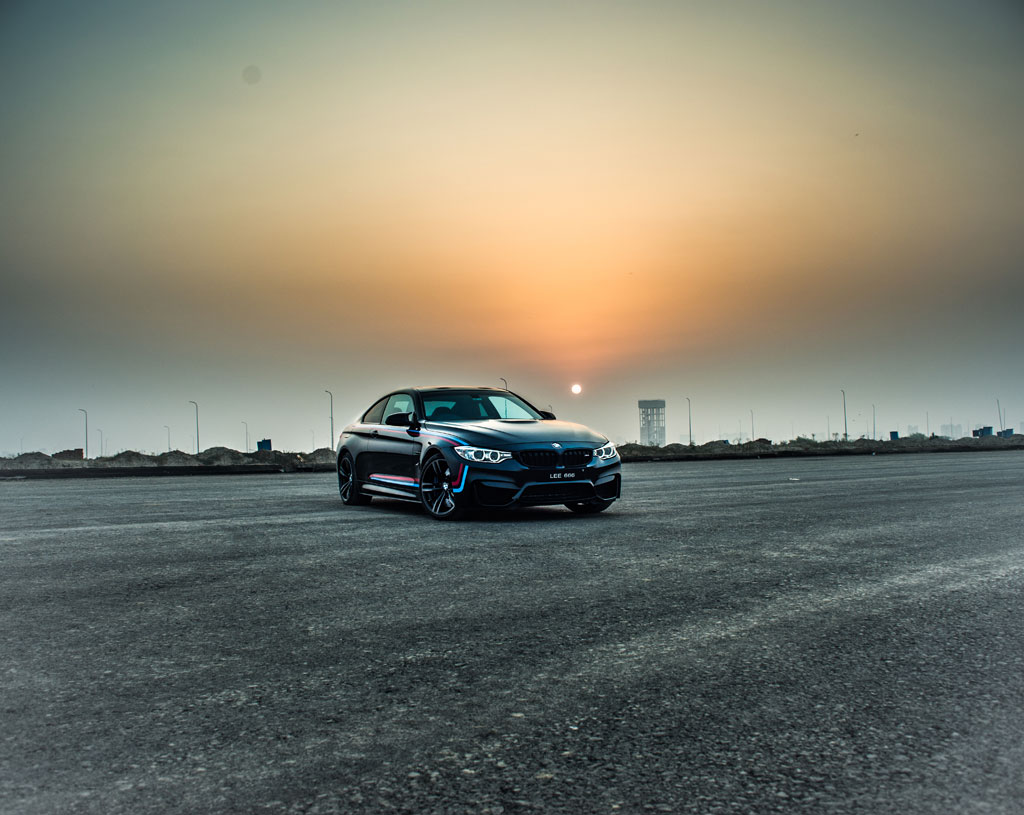 Brief overview of BMW M4 – One of only two in Pakistan

We are committed to bringing exclusive automobile reviews for our readers. In this article, we are giving you guys a brief overview of BMW M4, one of only two in Pakistan right now. 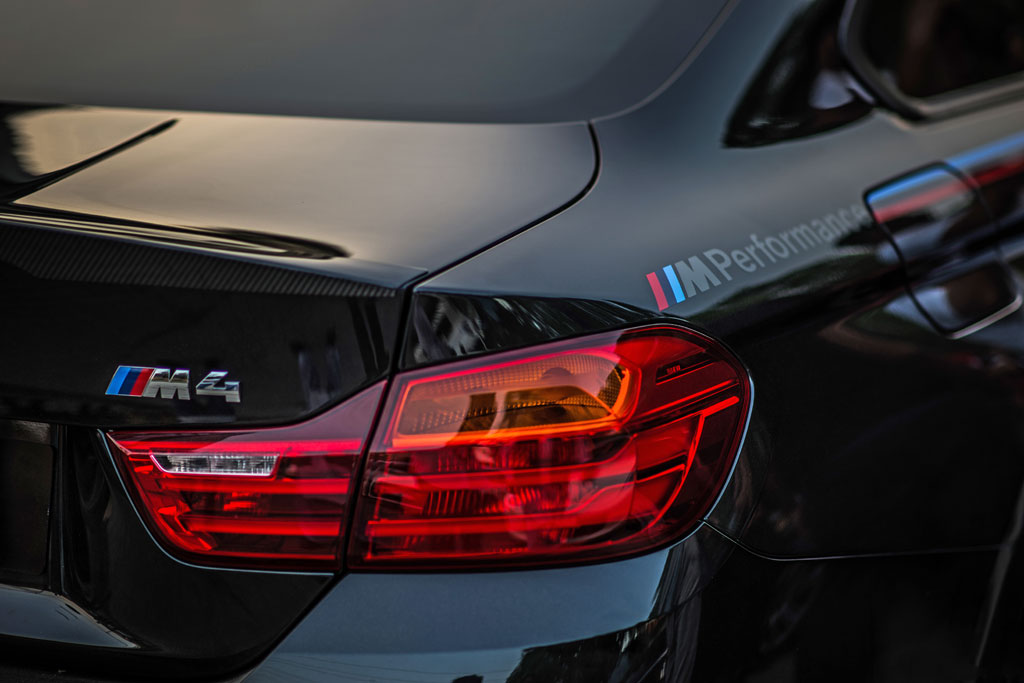 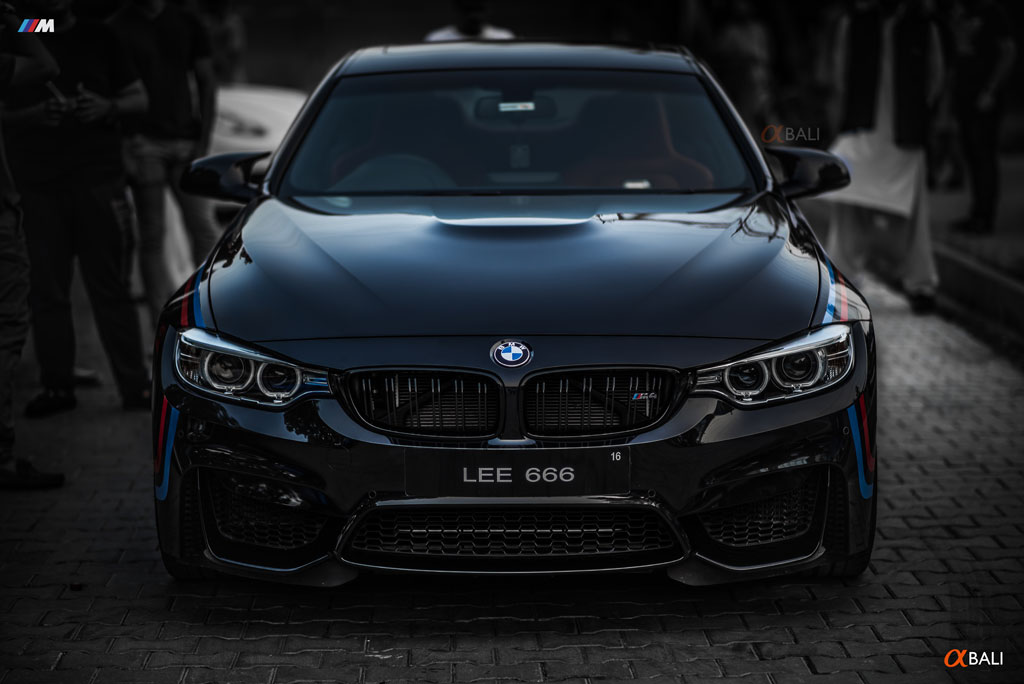 The exterior of the car was very sleek and amazing, the fiber coating on side mirrors and spoiler was also good.

The company uses carbon fiber on the trunk, main subframe and roof of the car to reduce its weight. However, the M4 which I drove for reviewing purposes had a sunroof and to reinforce it, the roof of the car was made from steel. The important thing about the car which I reviewed was that as opposed to a stock car which produces 450 bhp the car was producing 550 plus bhp which is quite impressive. The car had been tuned by Dinan—a company which modifies BMW vehicles. 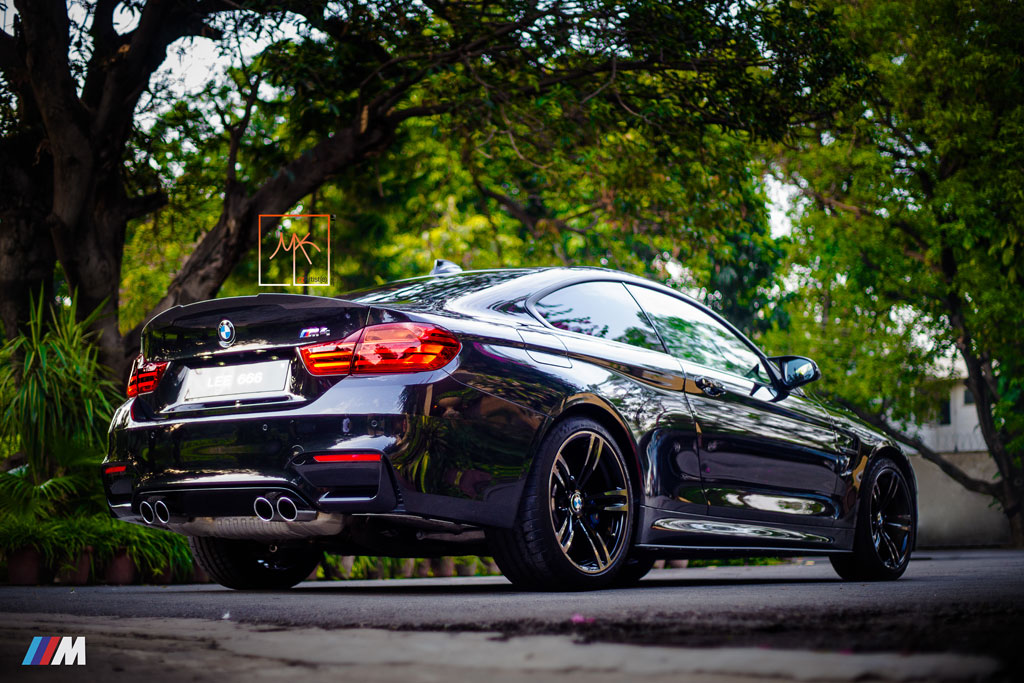 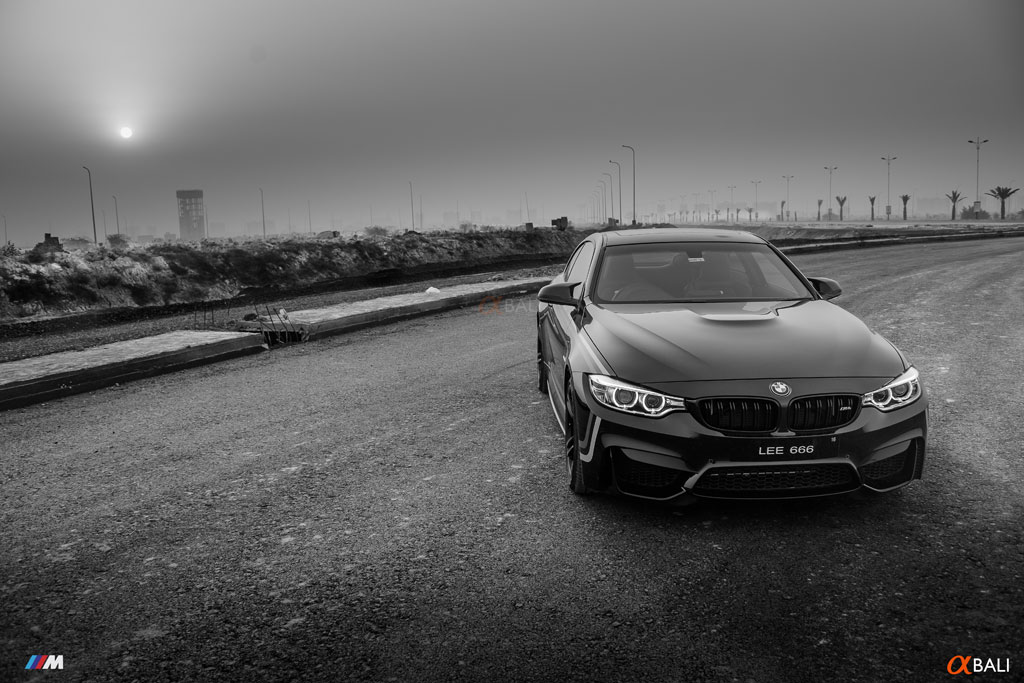 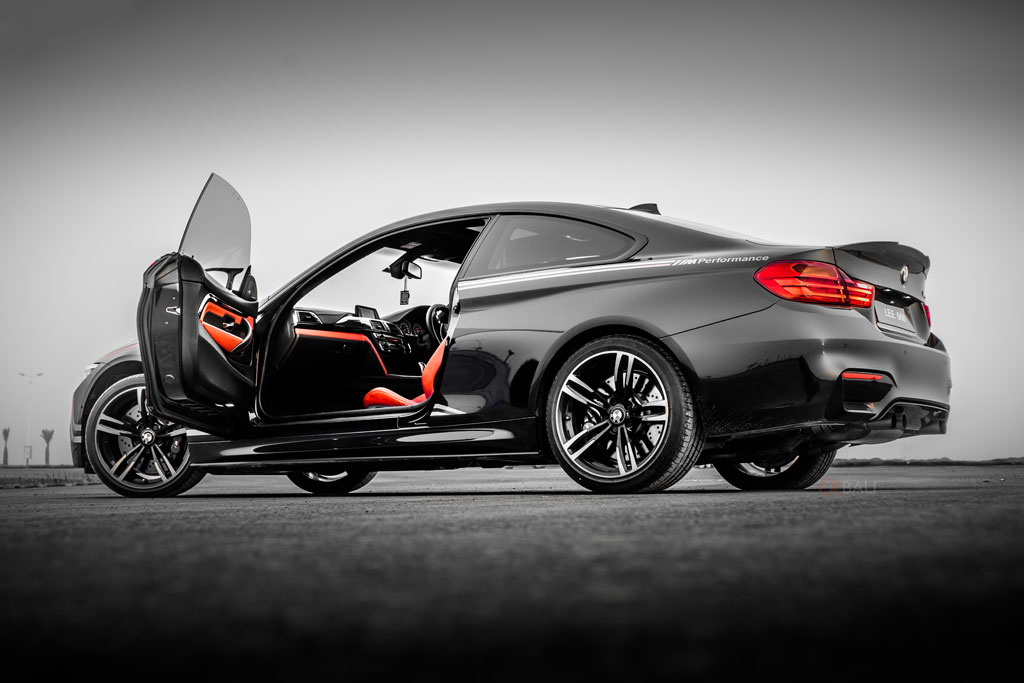 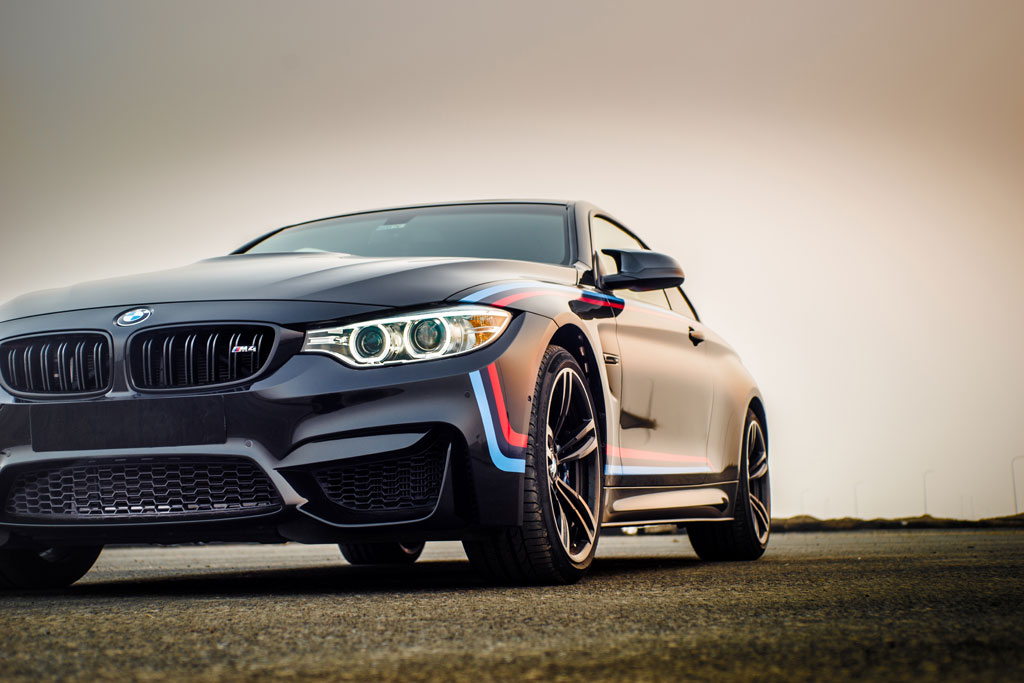 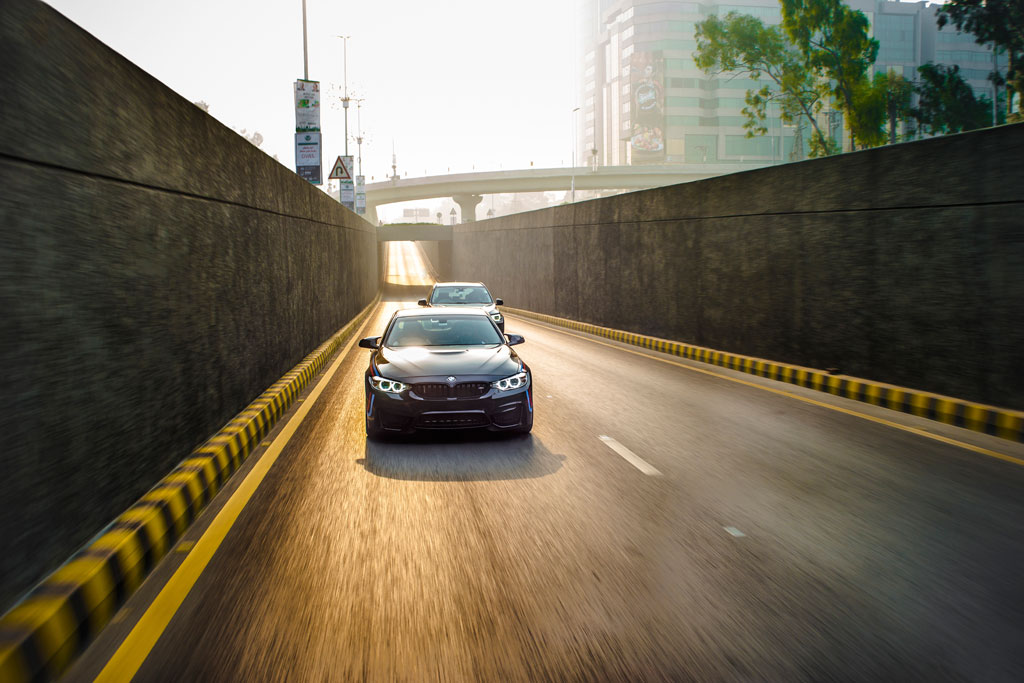 The car was also equipped with diffuser bumper; it helps the car to defuse the air at its rear end, resulting in less friction which the car will face. BMW M4 was equipped with 19-inch rims with P Zero tires 275/35 ZR 19. I was told by the owner of the car that originally the car was equipped with run-flat tires (rfts), but due to the condition of roads in Pakistan the tires dwindled quickly and so he then opted for P Zero tires 275/35 ZR 19.  My personal experience with P Zero tires is also good, they are soft, yet they give good grip on the road. Same as front wheels the rear wheels were too fortified with ventilated disc brakes. The front headlights of the car were equipped with Daylight running lamps made by Xenon.

The interior of the car was awe-inspiring, spacious and an excellent treat for eyes to look at it. The black and red combination of car’s interior was also quite attractive. Usually, in Pakistan, the M badge has been abused as regular 3-series BMW display M badge on it, but the one who knows what M series is they doesn’t go for badges but rather for the performance of the car. The interior of the car was somewhat like 3-series BMW, but I would reiterate my previous stance that M series stands for its performance, i.e., engine performance.

The car was equipped with the back camera by default and parking sensors, which could help one to park easily without any hassle. The parking sensors also tell the side distance from other objects to avoid any inconvenience.

Moreover, the car was packed with Harman Kardon audio system, which had been developing the sound system of BMW cars for a very long time. I used to have 2005 BMW car, which also was packed with Harman Kardon audio system. Just like other BMW cars, the steering was packed with speed limiter, voice command button and other controls through which one could control the multimedia of the car. And behind the steering, there were pedal shifters which helps one to change the gear seamlessly. If you are driving very fast, you don’t have to let go of the steering and shift the gear with manual gear, just change it with the help of pedal shifters to maintain concentration. 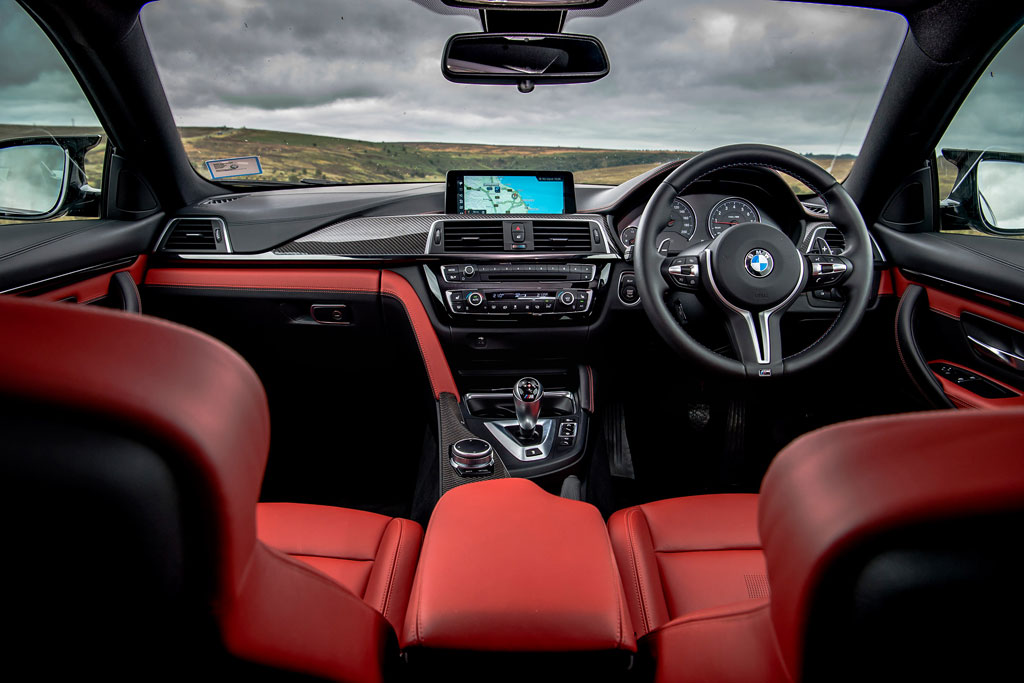 In my three years of experience with BMW, I was convinced that no other car comes near to M series regarding performance.

As I said before this was not a stock car, it was tuned by Dinan. So a reinforcement bar and cold air intakes were embedded in the vehicle by Dinan. The engine of the modified car was a powerhouse, and the sound which came from the exhaust was also breath-taking. 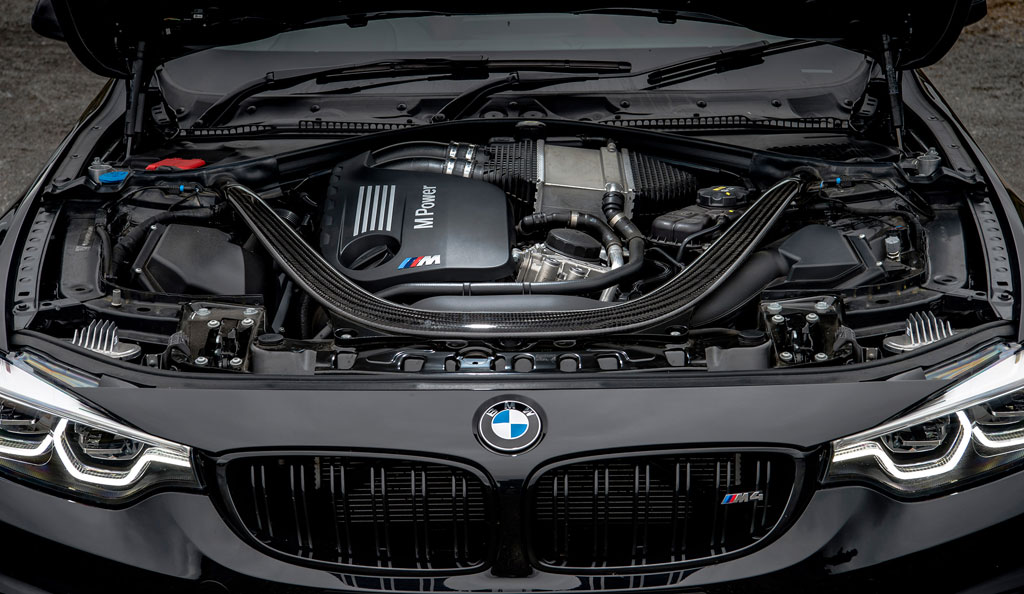 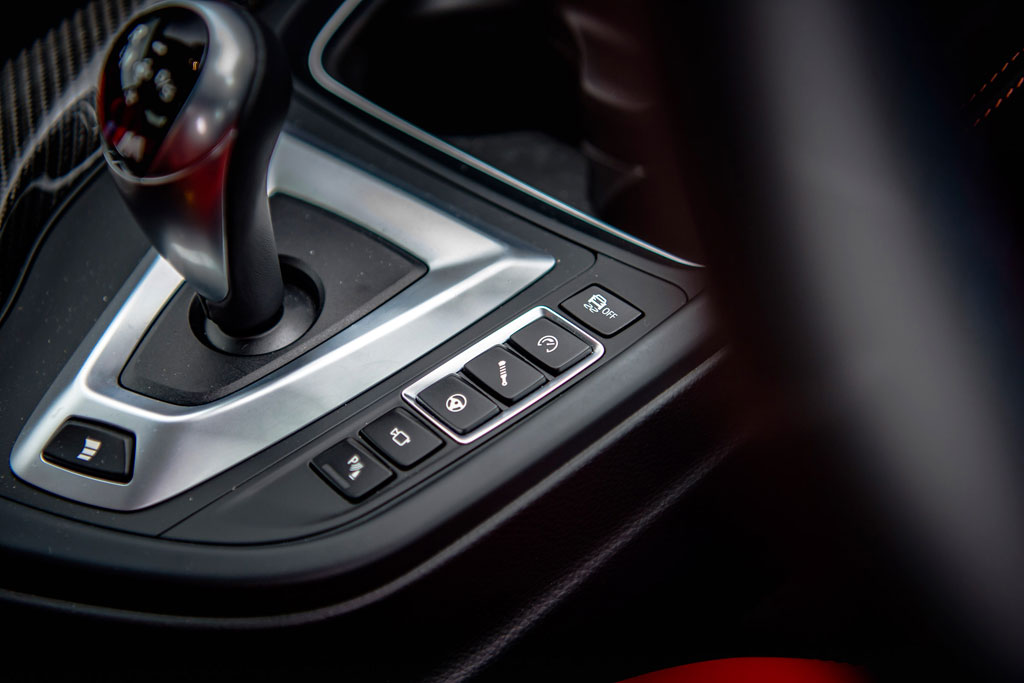 All in all, according to me the BMW M4 is one of the best cars in the world right now.

Tesla Roadster 1.0 All Set For Mars! Wait what?

Carbon fiber wheels – All you need to know