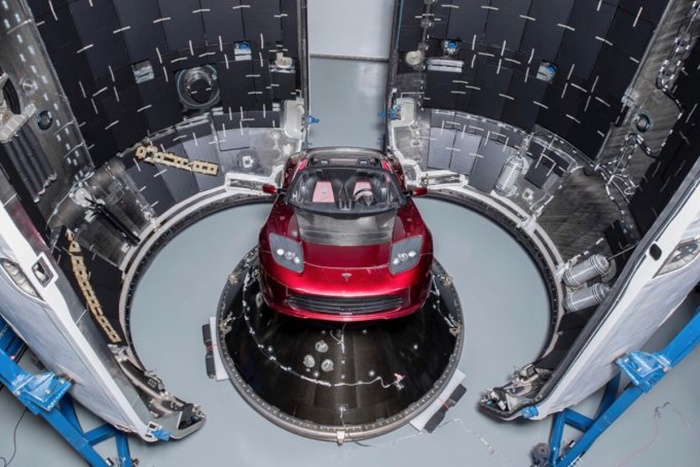 Tesla Roadster 1.0 All Set For Mars! Wait what?

Tesla’s owner Elon Musk is a man of his words. While he has gifted the world one of the most impressive products of all time including a re-usable space rocket, reliable electric cars, and the worlds quickest sports car. Recently Elon musk announced something about sending a sports car to the Mars which wasn’t exactly taken too seriously by most people. However, it turns out he was dead serious so let’s see what is he up to this time.

Elon Musk and SpaceX revealed the images of the original Tesla roader attached to a fitting and placed between the two halves of the payload fairing that caps the rocket. It seems to be some final testing phase of the FALCON HEAVY (successor to Falcon 9) space rocket which is going to be the most powerful rocket ever made all thanks to three boosters strapped together. Elon thinks that the ordinary rockets carry mass simulators in the form of steel block and concrete which is boring. So he wants to add some taste to this mission. 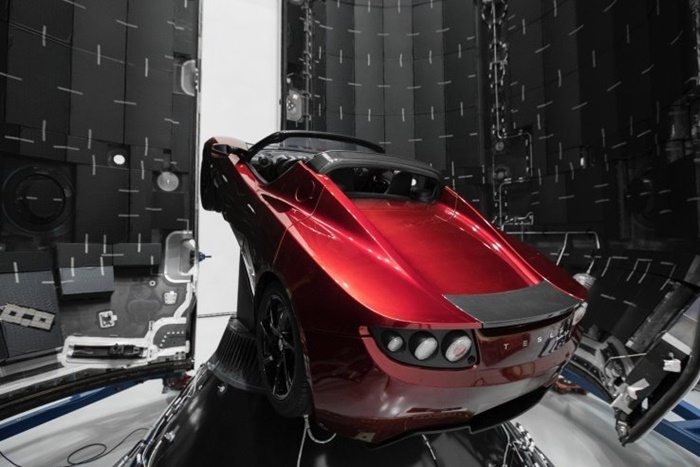 “A Red Car for the Red Planet Test flights of new rockets usually contain mass simulators in the form of concrete or steel blocks. That seemed extremely boring. Of course, anything boring is terrible, especially companies, so we decided to send something unusual, something that made us feel. The payload will be an original Tesla Roadster, playing Space Oddity, on a billion year elliptic Mars orbit.” said Elon.

It’s not long before the world will witness the Red Tesla playing Space Oddity music in deep space for a billion years.

I guess we should no longer doubt this man on what he says. He always does what he claims, and we are excited about what’s coming next.

Brief overview of BMW M4 – One of only two in Pakistan