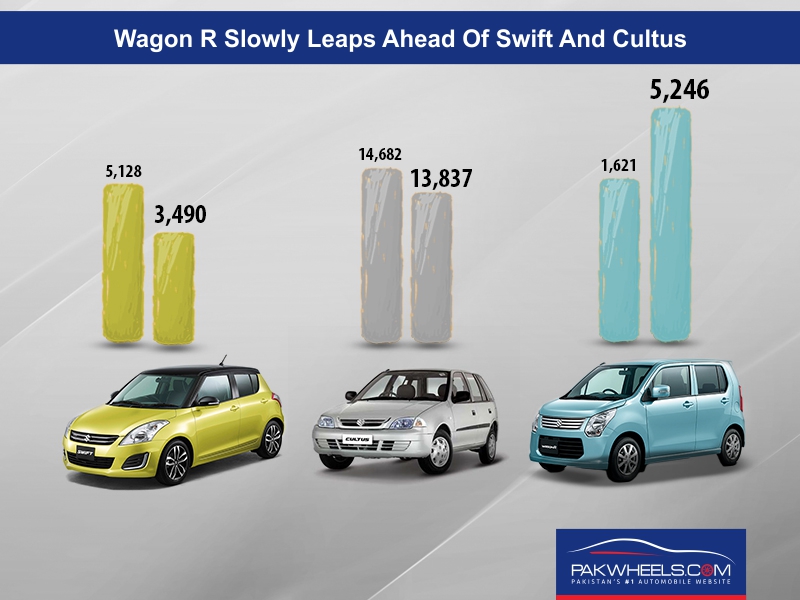 Pakistani Automotive Market Is Slow To Adapt To New Cars

One of the primary factors which determines the buying habits for the majority of consumers in our automobile market is their avoidance to significant change, which coupled with the fact that cars as a product fall in the high involvement products category, results in what we have been experiencing from our auto industry since decades i.e. same boring vehicles continued without any desire to introduce new variants in short spans of time, or at least delaying them as much as possible. This strategy has been followed by the big three auto manufacturers in our market while the failure of smaller players to become much successful with their comparatively better cars was blamed on the product, without focusing much on the various other factors also contributing to their lack of success in this market.

And why not offer the same old vehicles, it makes perfect business sense as the consumer behavior is just an icing on the cake since manufacturing newer models would mean major investments, which are not required at all for rolling the same old stuff for years and years while making the same profit margin minus new investments. So why change?

Well fortunately, slowly but gradually, our consumers are coming out of their fear of the unknown and the wretched concept of “market car”, which has been forcing them to pay more for inferior products since ever, and acceptability of different and new variants which offer far better value for money. This concept was first addressed in a previous blog post.

RELATED: The Opportunity Costs of Buying a Market Car

When the slightly different than usual shape of Honda City iDSI was launched almost a decade ago, most people were not so happy about its shape and started calling it istari (iron), but then sales started to pick up and now it’s one of the most desirable car in the used car market, still fetching high prices, mostly much more then what the first buyer paid for the new car. And this delay in acceptance was observed even with the car being from the big three dominant players, and hence meant far lesser risk then going for some other auto manufacturer.

Now that the people are much more eager to try the different options in the market, even to the extent that some used imports which have no guaranteed after sales maintenance or parts availability are selling pretty well, the local auto manufacturers are mustering up the courage to take some bold decisions. And as before, the market has taken its time but has started responding positively. The figures for the latest annual auto sales by local manufacturers have been released; let’s take the case of Pak Suzuki as an example.

After its launch, the Suzuki Wagon R failed to get a good response from the market as the general Suzuki buyer is characterized by someone who is totally averse to risk and change, but now things are moving for the odd shaped small Suzuki to the level that its cannibalizing the sales of its more costly cousins i.e. the Swift and the antique that reminds us of Japanese heritage still offered to us as new, the Suzuki Cultus.

Sales of Wagon R tripled in this year by year sales while that of Swift and Cultus fell, and even though sales of the car that reminds us of the times of our ancestors i.e. Mehran remained almost the same, considering that the overall market has grown and government ordered vehicles for its taxi scheme and not the response from the open market consumers.

So even though it was not as appealing to the consumers aesthetically, the technologically superior car won over the older ones with the biggest game changer being the better engine. Being much more fuel efficient than the guzzler installed in the Swift and far quieter and smoother than (and grandchild of) the one that Cultus has, it gave the car a better driving feel and the most convincing aspect for the buyers of this segment, excellent fuel economy.

So far so good for the people and the manufacturer, although mustering up a bit more courage, and taking a leap of faith, many more could have considered the option which not even the Swift can match in features or as a matter of fact, any locally assembled car. When it comes to value for money, the FAW V2 is in a class of its own.

Or maybe, it would take a bit more time for this market to consider new cars more openly apart from the ones offered by the big three; time would tell.