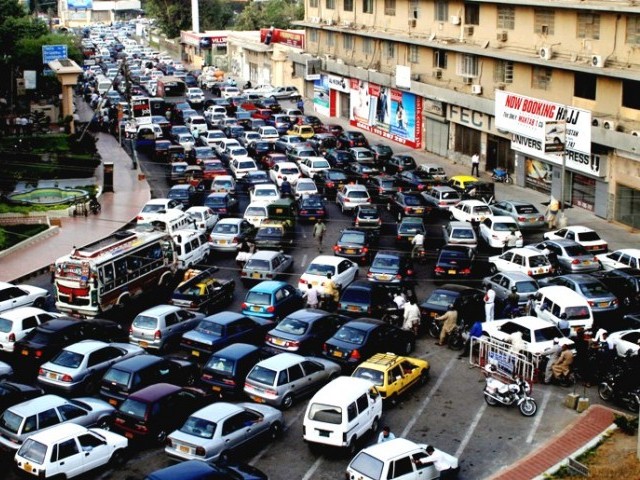 Pakistani drivers are one of the worst when it comes to road discipline, myself included. We may boast about how we are more experienced through our routine bad traffic negotiation like we’re new-born Sebastien Vettel, but the truth is, we have made it worst for ourselves.

Lanes are made and rules are created to make sure that the flow of traffic is uninterrupted, if you break that flow, then you have broken the entire flow of traffic and thus halted movement, and such traffic jams result in economic losses worth millions of rupees. These losses are not just impacted on governments but on the people as well.

What is lane jumping you’d ask? Well, today, when you’re in the traffic, observe the drivers around when they come to take a turn, they move from behind you, over-taking from left and then turn the car from their lane which became the second, into the first lane which was yours. This lane jumping halts the traffic in the first lane, whereas, if the driver could’ve maintained the turning radius of his/her car, neither of the lanes would’ve been disturbed, and both could’ve made the turn.

Be it round-abouts, u-turns, curves, the middle lane drivers, all turn into other lanes like they are Valentino Rossi, and there’s a race to podium and every time they move into touch kerb, saves them vital seconds. Sometimes, 6 to 7 lanes start of vehicles and there are at max, 4 to 5 lanes to accomodate those 7 lanes ahead, and this results in people lane jumping all over.

I understand, that our roads are not that well marked with lanes, sometimes, especially in Karachi, on roads like Shara-e-Faisal, a lane would begin and suddenly, it doesn’t merge ahead and vanishes. There is need to properly plan lanes while making roads, and roads shouldn’t be treated as ATM machines for contractors and government employees or atleast mark the roads with lanes properly so we can atleast attend to this small problem, which we drivers, can fix ourselves. Maintain your trajectory, don’t move here and there while making a turn!