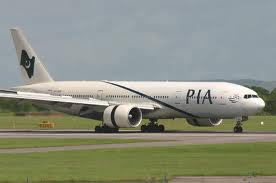 PIA has more employees I believe than whole of the Air line industry combined and it is also one of the reason behind the fall of PIA apart from the practice of corruption which has made PIA from one of the best air lines in the world to zero.

They were pilots from PIA who flew the first passenger jet air craft made by Boeing around the world and now, industry sources say that PIA will be declared dead to make way for Air Indus, which is owned by President’s sister and is currently based in Bahamas but eventually, as PIA is pushed towards solid destruction, Indus Air will be moved to Karachi, industry sources said as quoted by News Tribe.

Our own sources further revealed that the planes that have been ordered by PIA which are due to arrive in December 2011 will be moved under the Indus Air and will operate on the domestic destinations currently catered by PIA.

Chitral News recently ran a news item on their website citing that the new air line owner by current Member of National Assembly will be commencing flights to Chitral as well.

Indus Air’s website is currently down due to bandwidth problems but whenever it goes back online, you can it visit it here while the website when online, stated that it was coming soon on the cost of what once was national pride, PIA.