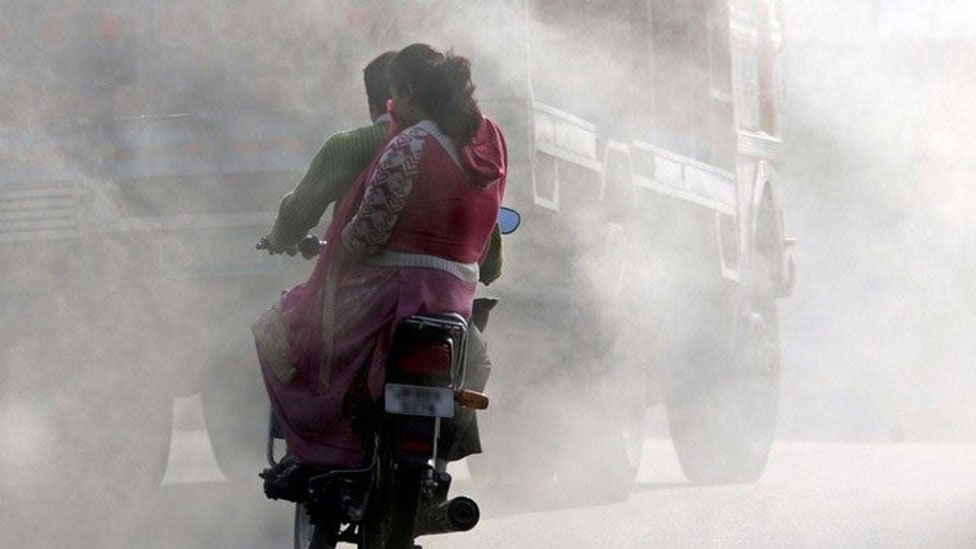 The import of cars in Pakistan has increased multiple times. New motorcycles are selling like hotcakes and cars have been selling the same as well. All this sounds good, doesn’t it? This portrays nation’s collective increasingly improving economic situation, and it is rightful for us to be happy about it. But the thing is, an increase in auto-related economic activity brings some worries with it as well. One of the most dangerous impacts they have is the increase in harmful gases and pollution. The increase in noise and air pollution is not only dangerous for us, but also for the generations to come. 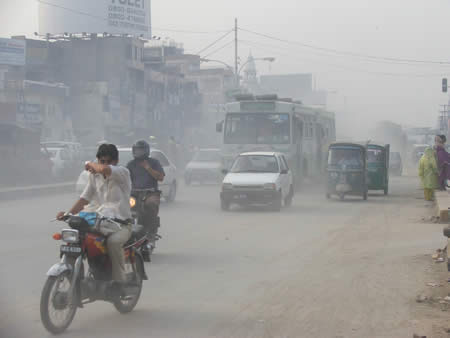 A new research in Germany revealed that pollution caused by traffic can cause facial dark spots on people and especially on women’s faces. It not only is cause for concern for those who spend most of their time on roads and roundabouts but also those residents who live near such places.

Journal of Investigative Dermatologist did the research with 806 German and 743 Chinese women. German women were aged between 67 to 80 years whereas Chinese women were aged between 28 to 70 years. All the women spent around two and a half to three hours outside in traffic. The research showed the NO2 releasing from the exhausts of vehicles didn’t leave any visible spots on their hands and arms but increased facial dark spots in women above 50 years.

There have already been many types of research about the dangers of traffic pollution, but it’s for the first time that such research has been conducted that showed such results about dangers to facial skin. In previously conducted studies, it was revealed the pollution cause lungs cancer and has damaging effects on the mental health of the people. American institution California Air Resources Board also claimed that around 9000 deaths in California are due to the pollution caused by the traffic. 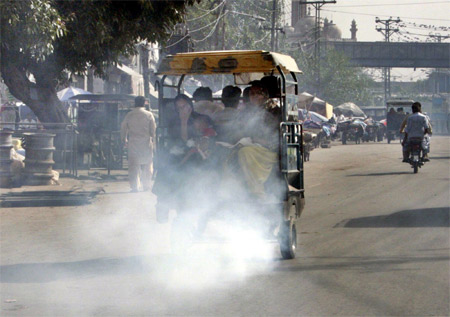 The University of British Columbia, a Canadian University, also conducted a similar research. They observed 65000 children from their birth to till they were ten years old. What they concluded was that 25% of the kids from affected women who were pregnant at the time have an increased risk of asthma by the age of five.

The increase in the sales of automobiles is an international phenomenon and not just related to Pakistani market. But many of these countries with increased sales have also been working on improving the living conditions of their residents. Although most of the new cars and bikes selling in Pakistan come with Euro II standard engines, (Toyota Corolla, Suzuki Swift, Honda CG-125 Bikes etc.) the locally available fuel is not of high quality, and there haven’t been any actual effort to improve its standard. India is shifting on Euro IV whereas Europe has shifted to Euro VI standard fuel. The Euro VI fuel regulation was introduced back in 2014 and implemented for all the cars available from 2015.

The road network in Pakistan is getting worse day by day and traffic is increasingly getting mismanaged. We face some series dangers from the exhaust gases of the traffic. But we see no efforts from the government who is charging the most tax on petroleum products to counter the dangers of such pollution.

Two Years And A Billion Rupees Later, Cracks Appear On The Newly Constructed But Incomplete Flyover In Karachi