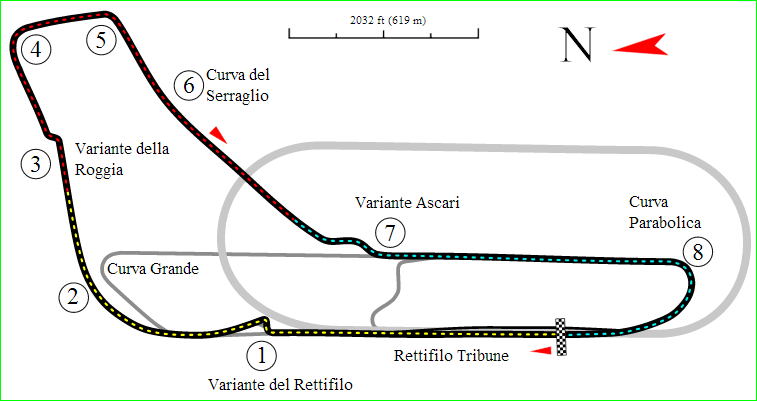 Next week, the Formula 1 circus is heading to one of the most anticipated Grand Prix of the calendar – The Italian Grand Prix. There are many reasons why this particular race is special. The fact that it is home to ‘Tifosi’ – the massive fan base of Ferrari loving fanatics – is one of the reasons.

On race days the grand stands get filled by passionate Ferrari fans clad in the iconic Ferrari red color, the abundance of which makes the stands look like a sea of red. This Italian passion for motorsports and Ferrari, is often called Scarlet Fever’ or ‘Red Fever’ by race commentators and pundits.

For Italians and Ferrari fans, it is easy to fall in eternal love with Monza because of its history. It was the first race track in the world that was purpose built for Grand Prix in the year 1922. Monza was there in roughly the same configuration when Formula 1 greats charged down its long straights decades ago. When it was built it was one of the fastest race tracks in the world and as a result has been the site of many accidents in F1. Chicanes were added to the circuit for safety and the circuit has remained in the exact same configuration for most of the modern Formula 1 era. 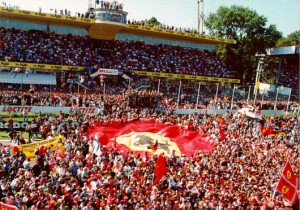 Though I am a fan of Ferrari, my love for Ferrari is not the only reason for my liking for Monza. Ever since I started following Formula 1 I have been fascinated by the speeds at which cars drive around this circuit. The front straight is so long that the F1 car remains in top gear for almost half the length of the straight, compared to Monaco where the cars hardly hit 7th this is a terrifying difference.

The long straights also provide wonderful overtaking opportunities. First, the following car gets a good aerodynamic tow due to the length of the straights and then there is the breaking zone where a driver can time his braking point to get ahead of the leading car. Finally, those chicanes and the Ascari curve present the same opportunity at least 3 times in a single lap hence making races more competitive.

Ferrari has been trailing behind Red Bull all season. Their development hasn’t gone in the direction they had hoped and as a result Red Bull has been enjoying an unchallenged reign of the throne. Though in the concluding Belgian Grand Prix, there have been improvements and there is a possibility that they might improve further and make the new updates work better than Belgium.

The big question is, can Ferrari capitalize on the home support and track characteristics? If there is one track you can bank on Ferrari to give a win its Monza. So, can Ferrari give the Tifosi a reason to light those red flares?  One thing is for sure, we have a great race in the making and its 10 days ahead. Do watch!