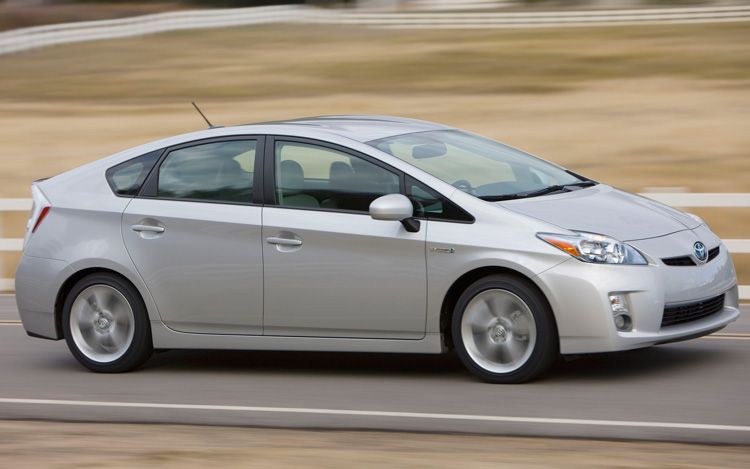 Prius’s FAQ and myths: Answering the most common ones

Being a Prius owner for a while now and writing about how to buy a Prius and a ownership test drive on Pakwheels Blog, I have been asked a lot of questions about it from many people, mostly under the same categories. From what I have analyzed, our public has limited knowledge about the car and rely on word of mouth to base their assumptions. The following are the most common questions/myths asked by people and I have tried to answer them:

The Prius is a small car/Hatchback

Many people are deceived by the exterior design of the Prius that gives an Illusion that it is a compact car/hatchback, but the reality is otherwise. The most common thing I hear when a person sits in the Prius for the first time is “Yaar iss mei toh kafi jagha hai!”, hence busting the myth immediately. The Prius has about the same passenger space as the Toyota Camry and definitely more than the Toyota Corolla. The trunk also has ample space to hold your cargo and placing things in it will be no hassle. You just have to sit/see it yourself to believe.

The Prius is just for fuel saving

Once again a wrong perception. The Prius is much more than a fuel saver. Primarily it is a car which is very comfortable and smooth to drive. Fuel saving can be said to be a great advantage to the driving experience of the Prius. Now come to think about it, even if my Prius did 12 Km/L (Which is practically impossible by the way), I would still prefer it over the local cars for the comfort and amazing experience it gives every time I drive it.

You have to plug it in/Charge it

That is a Plug-in Hybrid and not a regular Hybrid. Although Prius comes in both versions, but the ones you see on our (Pakistani) roads are the regular hybrid version which can be considered to run very efficiently on Petrol only. You do not need to plug it in an electricity socket to charge it. Yes we all know the electricity load shedding situation of our country so you do not have to worry about charging your Prius when there is no electricity in your homes.

The Prius must be Slow/Sluggish due to being a hybrid

While it is certainly not a Formula 1 car, it isn’t slow either.  It can easily take on any 1300cc-1600cc automatic local car in its category and can even give the likes of Civic a tough time due to the 1500cc engine + electric motor kicking in when the accelerator is fully pressed. Once again you have to drive the Prius to know about its acceleration. It can cruise peacefully as well as sprint if the need arises.

Hybrid is a new technology and must have many errors.

Well this is somewhat true as well. The brand new hybrids are expensive for the masses, but you can get JDM imports which are cheaper and equally good if you find a good piece. Once you own a hybrid and drive it, you will feel that the price tag is justified because of the features and comfort it offers you. Also many governments around the world give subsidy to Hybrid owners but sadly in our case, there is none. A rough estimate on the New Prius is that about 7-8 lakhs is the SALES TAX only.

You won’t believe me, but some people have even asked me this question! The answer is a BIG NO! Why would you want CNG on a vehicle that performs exceptionally well on petrol. Only if the makers of the Prius heard this question, they would have killed themselves. It can have devastating consequences for your engine, your battery and your whole Hybrid synergy system for that matter. But I wouldn’t be surprised if people still use CNG on it. After all I have seen Mercedes’s and BMW’s with CNG kits on them.

Hybrid Batteries need to be replaced

One of the biggest questions facing a new Prius buyer is the battery issue. Will it need replacement? After how many Kilometers?. The answer to it is you’re highly unlikely ever need to replace it. Toyota says the Battery pack of the Prius is one the the least-frequently replaced item. Consumer Reports studied the battery of a 207,000(330,000Km+) miles Prius with the original battery and they said that even after driving it for nearly 208,000 and still drove like a new one CR drove 10 years ago and although Toyota dealers did gave an estimate for the battery pack, but it is for about $ 2,200 and $2,600 but, people rather have a low-mileage pack from the salvage yard for as much as $500. Read the full study here.

Like the article says, still if you need batteries, you can get batteries of Prius from places like Bilal Gunj (Lahore) for 40-50 Thousand rupees which will again last you many thousands of kilometers without any fault but be sure that you need one.

If you still have any about for the Prius, you can ask them in the comments section below and I will answer them as soon as possible

Honda Civic Type-R Concept debuts on the internet before Geneva

Prev Next
24 Comments
Leave A Reply