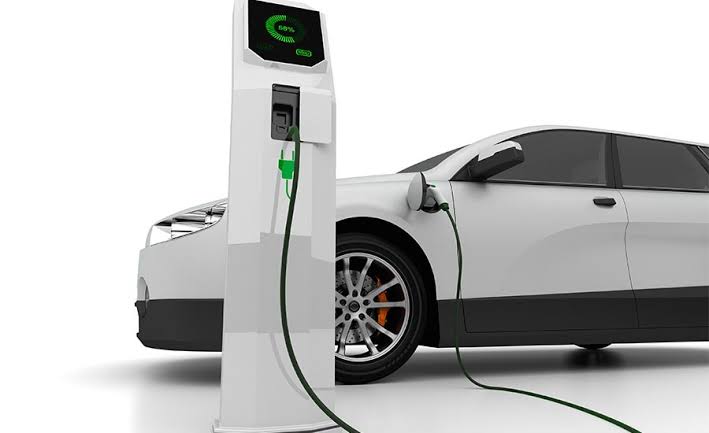 The production of electric cars is still a major concern – Find out why!

Electric vehicles are gradually taking over the auto sector as they are rightly considered as an environmentally friendly alternative to combustion engine vehicles, but are they actually as friendly as they seem? Probably, No! The presence of electric cars on the roads undoubtedly emits no carbon gases in the atmosphere, but there is a key area that still needs attention, i.e. the production of electric vehicles.

According to a study, the production of electric cars creates a lot more greenhouse gas emissions as compared to making an equivalent conventional engine vehicle. The aim to save our environment from the carbon footprint fails partially when it comes to producing an electric car and studies in the world’s top auto markets, i.e. the US, China, and Europe have proved it true. It’s an area of concern for all the major auto manufacturers around the globe, and a more refined process needs to be figured out for the production of electric cars. But what creates these harmful gases during their production is the question that might be raising many eyebrows. Let’s find out!

The environmental-friendly component itself has adverse effects:

It’s much clear that the electric vehicles entirely depend on its battery instead of the conventional combustion engines that make it an apparently environment-friendly vehicle. However, according to the Automotive Science Group, this particular component of the vehicle is also responsible for the emission of these greenhouse gases during its production. The batteries used in electric cars and engine-based cars are not the same. Electric cars use lithium-ion batteries, which are used in cellphones, laptops, and other electronic equipment. In terms of size, these lithium-ion batteries are much larger than those used in gasoline engines. The conventional vehicles use lead-acid batteries, which are comparatively much smaller in size. Moreover, the chemistry of both types of these batteries is also quite different. For instance, lithium-ion batteries require a lot more energy in their production as compared to lead-acid batteries. The extraction and refinement of metals used in it, i.e. lithium, cobalt, and nickel, also require more energy. The recycling process of these batteries is also comparatively harder. The Union of Concerned Scientists also believes that the CO₂ emissions created from manufacturing an electric vehicle’s battery are higher than that saved by not making the engine and transmission of a vehicle.

The emissions gap can extend up to 68%:

The Union also carried out a study back in 2015, which revealed that producing a larger electric vehicle with a larger battery may produce 68% more CO₂ emissions than those produced from the manufacturing of a gasoline engine vehicle. A mid-sized electric vehicle with a comparatively smaller battery would produce 15% more emissions than producing a similar engine-based vehicle. Another non-profit organization, the International Council on Clean Transportation (ICCT) has concluded with a similar sort of results in its research. According to it, the difference in the emissions created between the productions of two different types of vehicles could be attributed to the electricity used in the production of batteries. The use of a cleaner source of energy could create a major impact in reducing carbon emissions during the production of batteries.

Role of major automakers in reducing these emissions:

Around the globe, several major auto manufacturers have already started producing extra-ordinarily efficient electric cars. These automakers include Tesla, BMW, Volkswagen, etc. Volkswagen, among them, has already announced its heavy investment plans for producing electric cars over the next decade. The company has partnered with a battery manufacturer LG Chem, and it aims to use only environmental-friendly sources of electricity in the production of batteries for its electric cars by 2050.

Similarly, the US-based top electric car manufacturer Tesla is also ambitious to eventually run its battery manufacturing plant on a renewable source of energy. BMW, on the other hand, also intends to involve itself in the battery recycling processes to reduce the emissions and aims to use only environmental-friendly sources for electricity when it starts making vehicles from 2020 onwards.

According to an estimate made by the ICCT, battery recycling, decarbonization of electric grids, and increasing the battery energy density could result in reducing the emissions produced during the process of battery manufacturing by a significant margin of 49%. The same is the case with other auto giants around the world, as all of them intend to use only renewable sources of energy in the production of their vehicles. However, none of them have yet set any deadlines for the completion of the transition process.

The CO₂ emissions produced during the production of electric cars is still far less than that emitted by the combustion engine vehicles during their lifespan. It means that electric cars, at this point in time, still contribute less to polluting our atmosphere as compared to conventional engine cars. It was proved by a study carried out by the Union of Concerned Scientists in 2015 that concluded with the result that gasoline vehicles produce emissions by nearly two times as compared to electric vehicles. Also, the emissions produced by electric cars during their production stage can be made up in just six to eighteen months’ span of a combustion engine vehicle, depending on the size of the vehicle and its battery.

Furthermore, ICCT concluded with another finding in 2018, which states that a standard electric vehicle in Europe produces half the overall greenhouse gas emissions in its lifespan as compared to those produced by a similar combustion engine vehicle in just two to three years on the road.

Automakers must shift to cleaner sources of energy for electricity in the future:

For achieving higher efficiency and reducing emissions produced during the manufacturing phase of batteries, the automakers need to shift to cleaner and renewable sources of energy in the future. The global auto giants are already contributing largely to saving the atmosphere from pollution and global warming caused by carbon footprint. Following the footsteps of other developed countries, Pakistan has also finally decided to shift to electric mobility. The first-ever electric vehicle (EV) policy has already been approved by the cabinet, and the government now aims to convert the motorbikes and three-wheelers into electric in the initial phase. In the long run, the government wants to shift 30% of vehicles in the country to electric by the year 2030.

Drop your valuable suggestions regarding electric vehicles in the feedback section below. Stay connected with PakWheels for more updates related to the automobile industry.