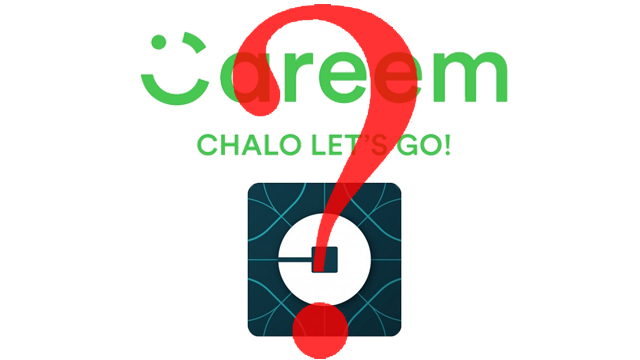 Hours after the official missive stating ride hailing services Uber and Careem are illegal in Punjab, the Chairman of PITB, Dr Umar Saif has said that this action is being reviewed. In addition to a statement posted on social media, the Punjab government has now said that these services are not suspended and that this matter will be resolved within 15 days.

Sources report that the Chairman PITB has remarked that this action is being reviewed and when asked about the notion of ‘illegal’ being directed at these services; Dr. Umar Saif said this -missive- was an internal memo and has been prematurely leaked on the media. Rest assured, we are coming up with a formal policy regarding this matter.

The government’s argument of bringing these cab hailing services into tax grid is pretty straight forward. This statement is augmented by Umar Siaf, who has admitted that Punjab government is tackling this issue with an ‘innovative business model.’ He went on to explain that there are usually two methods to this sort of integration:

In an interview with DAWN, the PITB Chairman has admitted that ‘we don’t want to treat them as a taxi service.’ Thus, we come to a point , where government is adamant on taxation and regulation of these services. The question now is, what sort of tax structure is the government planning to implement? Allegedly, sources are reporting that a new tax model is being formulated for these sort of companies, which’ll be modeled around taxation regimes for cab hailing companies in Malaysia, Egypt and Indonesia, where they are treated as ‘Network Service Providers.’

Its a known fact that both Careem and Uber have provided employment to thousands of Pakistanis, increased the sale of automobiles in the country and indirectly helped in reforming lifestyles of Pakistanis. So, it shouldn’t come off as a massive surprise that multiple stakeholders from the government had to work extremely hard to bring these companies Pakistan; this missive -from Punjab and Sindh- is a polar approach. In Saif’s words “The government is taking a balanced approach. We want to come up with a new taxation policy, that helps people gets jobs but also regulates the industry.”

Suzuki Ciaz Official Launch is Just Around the Corner