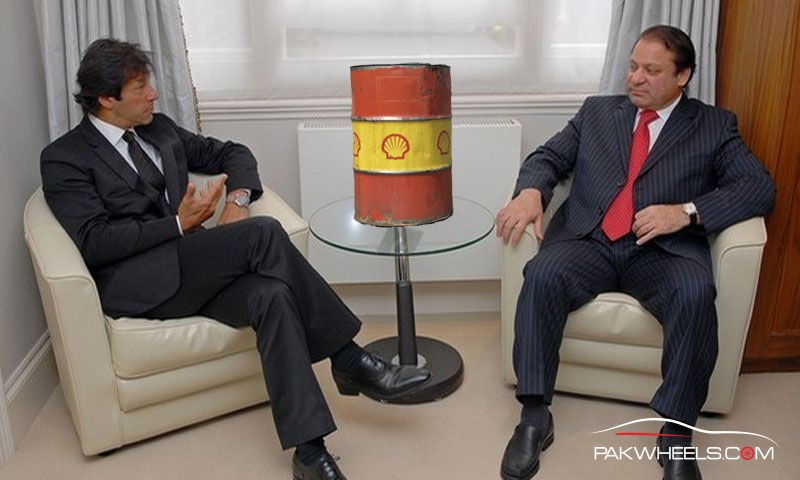 Here’s why the recent decrease in fuel prices not political

During the past week, I ran two stories regarding the fuel price decrease in Pakistan, one mentioning that the summary from OGRA has been sent for approval and the other mentioning the PM has approved the reduction in fuel prices.

Naturally, I shared those stories through PakWheels Facebook Page like any other story that I do. On those two stories, I noticed that the supporters of Pakistan Tehreek-i-Insaf (PTI) and Pakistan Muslim League – Nawaz (PML-N) started arguing. PTI supporters claimed that the fuel price decrease is a result of the recent sit-in protests by their party that have been going on for more than 100 days now, and the supporters of PML-N claimed that the decrease is a result of Prime Minister’s policies and him fulfilling his promises that he made during his election campaign about bringing down the prices of general items.

I noticed the same thing about the supporters of both the parties last month when the prices of fuel were reduced drastically first time in several months, but this time I thought it is my duty to enlighten them that the reduction in fuel prices in Pakistan is not political.

As we all know, Pakistan fulfills most of its oil needs by importing oil from the members of Organization of the Petroleum Exporting Countries (OPEC). OPEC is an international organization that coordinates the policies of the oil producing countries. It also controls the demand and supply of the oil in the international market as well as its prices, which means Pakistan has no control over the prices at which it imports oil and Pakistan has to pay whatever the price of oil is in the international market.

However, the situation is not the same anymore. The conflicts in the Gulf regions are getting resolved, which means the oil production from the Gulf region is getting restored to its former glory. As a result, the supply of oil in the international market is soaring, while the demand for oil is reducing, as many countries are exploring alternative energy sources such as the hydrogen cell and the solar power.

Whenever the supply of something increases and its demand decreases, the price of that thing comes down. Same thing happened with the oil in the international market. The supply of oil increased and the demand decreased, which resulted in a decrease in the price of oil from $115 per barrel in June 2014 to $65 per barrel in December 2014. Some analysts say it would come down to $45 per barrel in the coming months as the OPEC and US are at a price war and both parties are unwilling to decrease their productions to balance the demand and supply of oil.

The next time you find people arguing that the decrease in fuel prices is due to XYZ reasons other than those mentioned, please refer them to this article.

2015 Suzuki Swift RX – Thailand gets the most exclusive Swift yet

10 Vintage Cars You Must Know