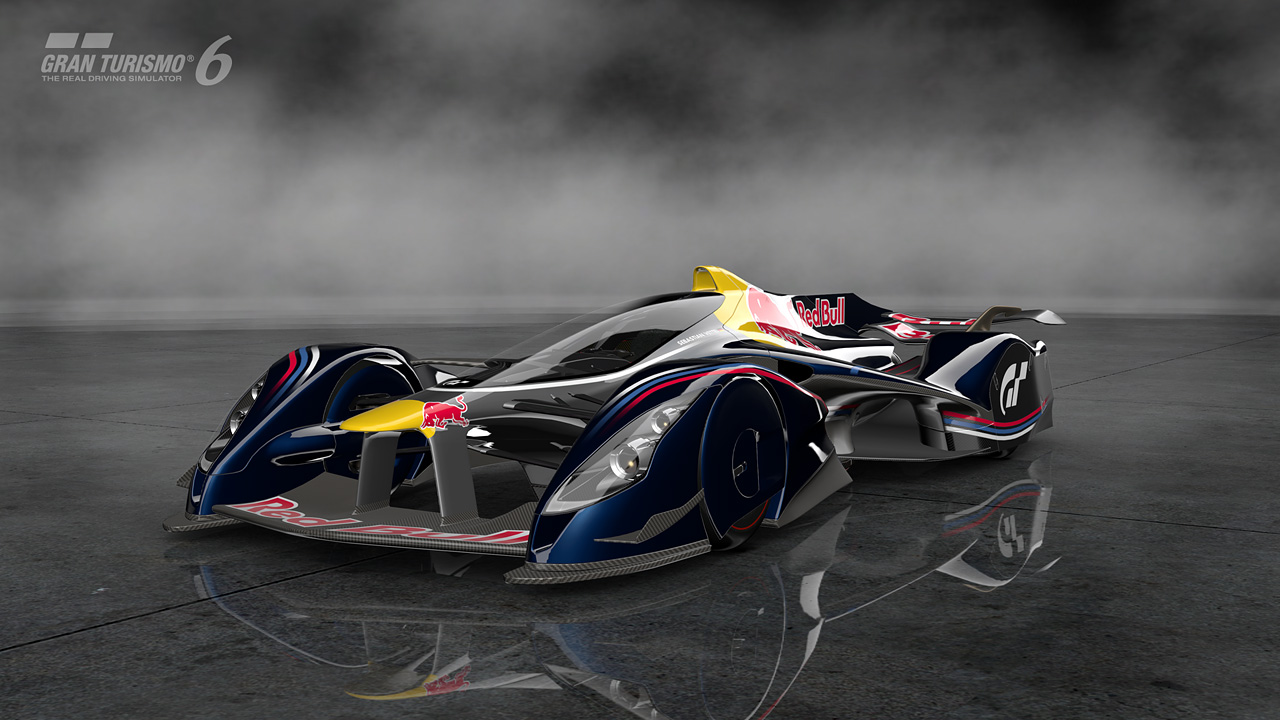 The Red Bull X2014 was revealed at the launch event of Gran Turismo 6 and it may although just belong to the world of gaming, however, if ever Red Bull decides to step in to the supercar realm of business, this car should be their first entry. And we’d buy it because it’s just so outrageous but I may not be able to drive it because it just may be too fast for humans to drive as is said by many automotive media outlets.

All forms of cars in all motorsports events are governed by a set of regulations, if you take those regulations away, then the cars would be undrivable, even for the greatest and most fitted racing drivers.

Adrian Newey is deemed as the greatest designer in Formula One, and he gets the job to design a race car with none whatsoever regulations governing the shape, size or anything at all. The Red Bull X1 from the previous GT5 has now got a successor called the X2014.

The makes of the game, Polyphony Digital haven’t released any information about the car neither has Red Bull apart from this:

Nevertheless, if this car ever gets built, unless you’re wearing a pressure suit to counter the massive Gs this car can pull, no human being will be able to drive it because Formula One cars have been consistently facing stricter regulations and smaller engines from the next year just to keep them drivable for the drivers and yet engineers and designers somehow are able to improve their performance over the last ones and the X2014 had no regulations to surrender to. 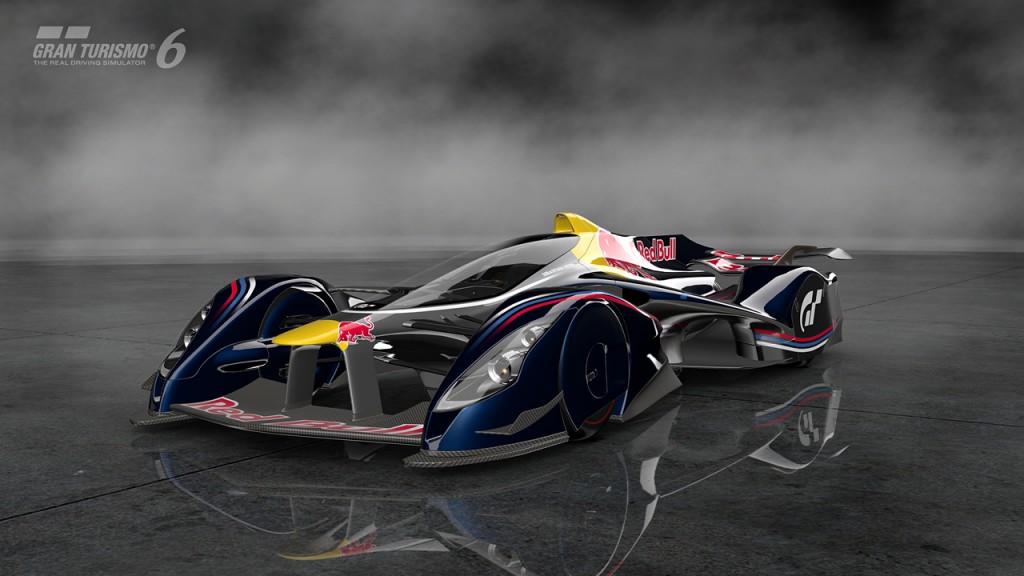