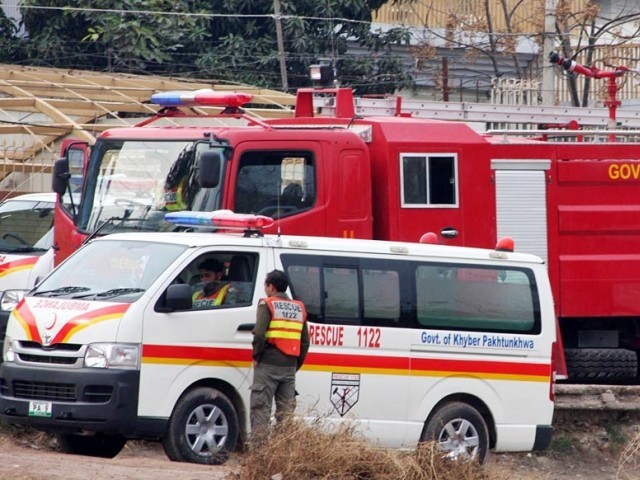 Rescue 1122 should call in the police to handle such idiots

There’s a video now surfacing at the Pakistani inter-webs about a quarrel between 1122 paramedics and a motorcyclist who allegedly, doesn’t give way to the ambulance which was rushing an injured patient to the hospital. The 1122 service is protected by the law and anyone who becomes an obstruction or hindrance while its staff doing their duty shall be subjected to the following as per the Rescue 1122 laws:

25. Offences and punishments .– (1) Any person who willfully or without any reasonable excuse, disobeys or violates any provision of this Act, shall be deemed to have committed a bail able offence punishable with simple imprisonment for six months or with fine not exceeding rupees fifty thousand or with both.

So although people do stupid stuff like follow an ambulance when motorists give way to it, riders and drivers form a chu-chu train behind it and that is too against the law in various countries and it should be here as well but given the discipline level of our police and motorists, its too soon to ask for it.

The video though shows a Rescue 1122 staff getting in a fist-fight with a lone motorcyclist who allegedly was becoming a hindrance to the duties of the ambulance and the paramedics had enough of this buffoon and then a street fight ensued and you can well see how everyone went ape-shit and began to run around trying to land fists from the air, literally. Though no one got hurt in the quarrel however, the correct measure was to call in the police and let the law takes its shape as the Rescue 1122 is protected by law and as stated above, the motorcyclist would’ve learned his lesson when he went on a six-months vacation to the merry prisons of Pakistan.

Regardless, rescue 1122 officials should’ve taken a more civilized approach and reported him to the police and lawful punishment would’ve been a lesson to many rather a few femininely misplaced fists.

VIDEO: Drifting Lesson from the Drift School of Egypt

Top 5 Cars For Females In Pakistan

Suzuki Sold only 500 Units Except Alto in July 22

One Wheeling Not Allowed at Any Cost on August 14 – Police