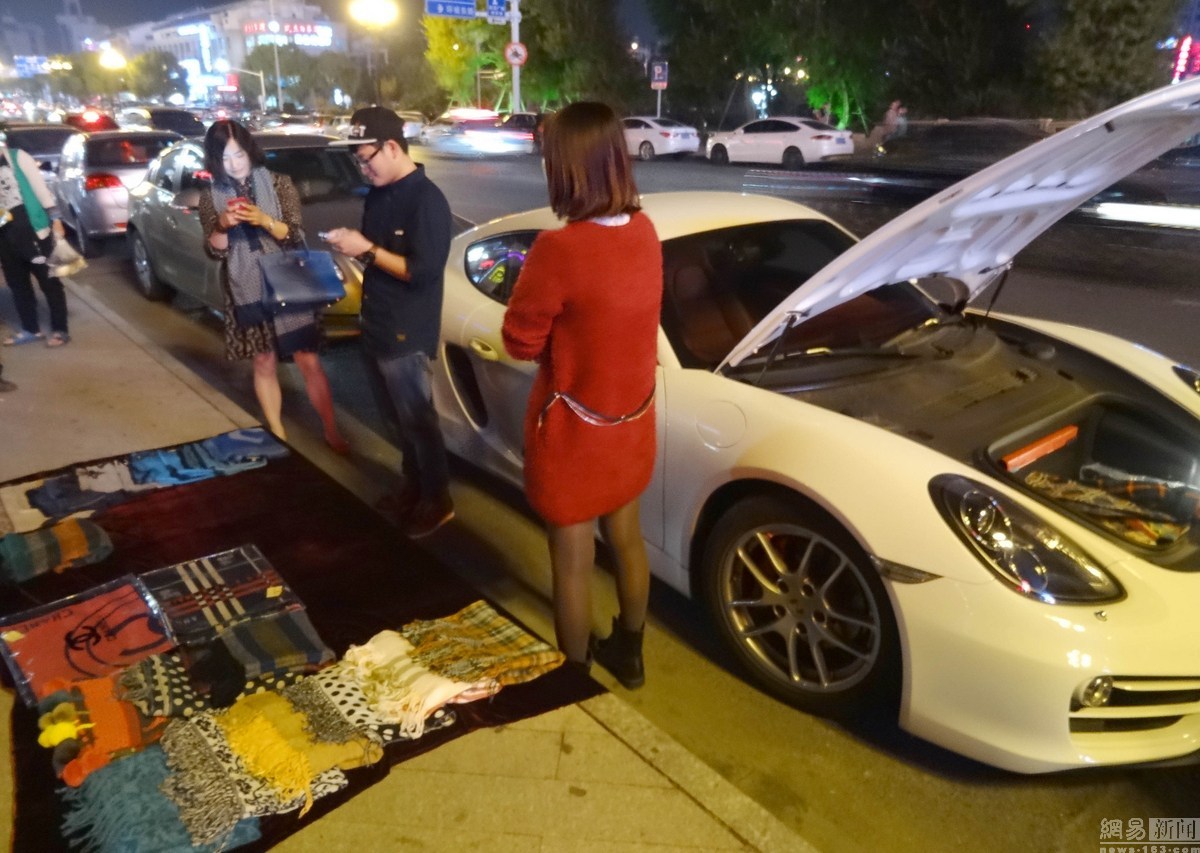 China is now world’s second largest economy, which means we can expect to see rich kids driving around in expensive cars sponsored by their daddies.

Below are the photos of such rich kid from Zhejiang, Eastern China, who thought he should earn his own money to put fuel in the brand new Porsche Cayman his parents bought him by selling scarves along the side of a road.

These kids are called the tuhao kids, which means crass rich kids. The tuhao kids are similar to Saudi rich kids who go to the college driving a Gold Plated Rolls-Royce sponsored by the oil-rich dads. But this particular rich kid thinks he is better than the rest and instead of living off his parents’ money he decided to earn his own, for the fuel of course.

There is no better way of making money in China than making stuff and selling it. The kid was spotted the other night on a busy road with a makeshift roadside stall where he was selling scarves.

When inquired, the young man told that his parents were generous enough to get him a Porsche and he thought it was not a right thing to ask them for fuel as well.

We can say that just by saving up money to get your dream car is not enough, you also need money for maintenance and fuel, as these cars are neither easy to maintain nor easy on the fuel.

Pakistan is no different than this.  You must have often seen a Rs. 20 million Land Cruiser standing in a queue for CNG or a Rs. 15 million Mercedes getting repaired at a roadside mechanic.