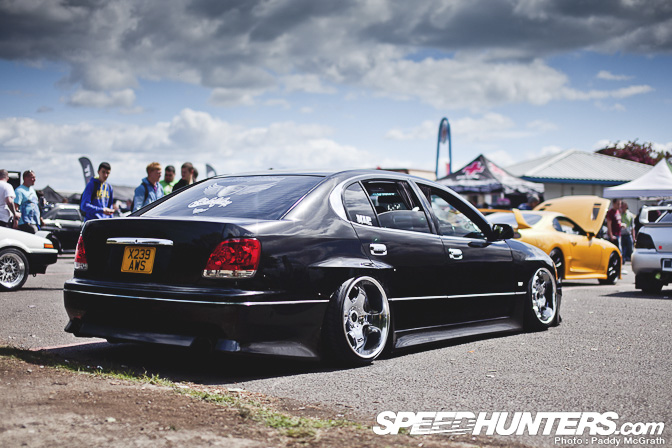 Fashion is not just restricted to clothes and like there is name for the gazillion types of outfits available, they are named as well. Similarly, cars are fashionable and with different style named something. For example: the VIP Style.

VIP style which originated from Japan is a form of modification to the big rear-wheel drive cars lowered down so much that are consistently in touch with the road. But everyone has their limits, while some don’t lower down the extreme, and some do.

Next are the wheels, you may have heard Hellaflush a lot of time and keep on wandering what exactly it is, well it is not a can of spray paint for the least. It is a term for a new style for wheel fitment. The wheel is fitted in a manner with almost accurate offset or sometimes they poke out a little from the fenders and then the wheels are superbly adjusted to fender flares.

So that is what VIP style is. However, while Hellaflush is not restricted to only rear-wheel cars, VIP style is. It will take some serious heart to drive such a low-slung car with low-profile tires on big wheels but sometimes it looks good and sometime it looks amazingly foolish because it’s so overdone.

VIP style’s history revolves around the gangsters of Japan, because they bought in the European 7s and S class but such car brought attention to it so they instead opted to use JDM cars and modified them in VIP style to avoid police and rival gangs’ attention.

But as the time progressed, VIP style was exported and became a new sort of style in the whole world. Here’s a Lexus GS300 modified in VIP style which caught my eye recently.

This Lexus GS300 is owned by Lam, a member of Driftworks and VIP style cars’ forums. Pardon the curtains in the windows but besides them, the car is looks very good to me even if you don’t agree. The wheels are Garson Zuenglein DR302s.

The car looks quite appealing to my eyes but without airbags to lift it where needed, I think I don’t have the heart to watch its belly gets stuck like Obamamobile.