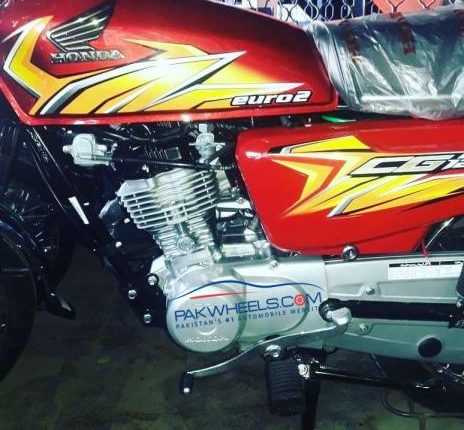 Atlas Honda has released the new stickers on Honda CG125. Not surprisingly, the model is the same old one. The newly revealed sticker has yellow as the dominant color, with white and black as borderlines.

However, The sticker on new Euro 2 CG125 looks relatively the same as the old one.

Honda CG125 is among the most famous bikes in Pakistan, especially among the youth. The ride is famous due to its pick, seat comfort, and silencer sound. Furthermore, the bike’s spare parts are readily available, while its maintenance is also very easy.

Meanwhile, Honda CG70 is famous for its low fuel consumption, low maintenance cost, and easy parts availability. Another primary reason of this bike’s popularity is the absence of competition in the local market.

Atlas Honda had increased the prices of its motorbikes up to Rs5,000. According to the notification, the company applied new rates from August 1, 2020.