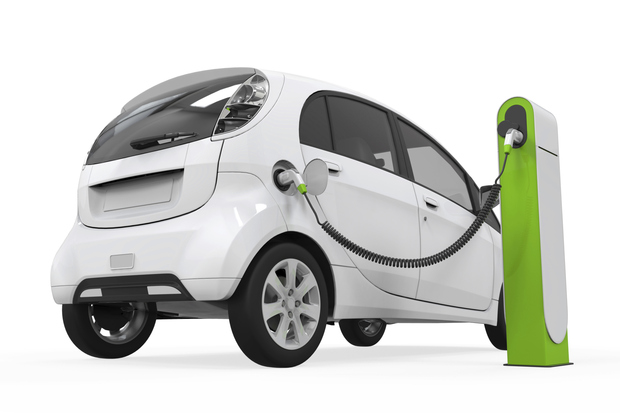 Future Of Electric Cars In Pakistan: Prospects And Challenges

Over the past decade, various initiatives have been taken by the automakers and governments around the world to reduce not only our carbon footprint but our unwavering reliance on fossil fuels. Since the inception of the motor cars,  fossil fuels have necessitated our needs for nearly a century. But these are finite resources that we will inevitably one day deplete. Auto Makers are looking towards other sources of energy that will one day facilitate our needs in place of fossil fuels, and for the time being that energy source seems to be electric power.

In the past decade, electric cars have rapidly gained popularity all around the world. Mainstream companies such as Volkswagen, Ford, BMW, Mercedes and  Nissan  have started offering a range of  different electric cars. And with companies like Tesla bursting onto the scene, companies which are barely a decade old and are already worth as much as Ford (an automaker that is more than a century old) means electric cars are here to stay. So this begs the question, how viable are electric cars in Pakistan ?

Currently the automotive sector in Pakistan is dominated by three Japanese conglomerates who have a stranglehold on the market as of now, but their monopoly  may soon come to and end with the introduction of three new manufacturers  in the near future. So how would the introduction of an electric car influence the market ? As we all know currently Pakistan is facing electricity shortage. Lack of enough electricity is  the biggest caveat of having electric cars in Pakistan. Getting a steady stream of electricity to charge electric vehicles would be the biggest hurdle faced by owners, coupled with the long charging hours and load shedding, and it could take a very long time to fully charge your electric vehicle.

In a normal gasoline powered vehicle when you start running out of fuel you just pull into a fuel station, fill up in a few minutes and then possess the ability to drive a few hundred kilometers before needing a fill up again. With electric vehicles it’s not so simple, an average electric vehicle is only able to drive around 160-200km on one full charge, after which they need around  8-12 hours, depending on the size of the battery, charging up their electric batteries again. Driving an electric vehicle also subjects you to anxiety, where you are  always worried about how much range you have left and also keep  guessing on whether or not you’ll be able to make it back or not with the charge remaining in your electric vehicle. In Pakistan if electric cars are to be introduced, it is unlikely that within the first ten years  charging stations be placed at such regular distances around the country, that a person could go where ever he/she wants without worrying about the range.

Introducing electric cars into Pakistan would also require setting up the infrastructure that is the prerequisite for electric cars . Charging stations would have to set up at acceptable regular distances near areas such as parking lots. This would require the government to dig up the roads/pavements around the area to lay the electrical wiring required for charging electric cars at a decent rate. This startup cost would come at a great expense to the government and would require a continuous stream of capital to install and upgrade these charging stations.

Also as most of us know that over the years batteries tend to lose their ability to hold a charge and need to be replaced. In electric cars it is estimated that after just 7-10 years the batteries might need to be replaced and the cost of doing so will cost hundreds of thousands Pakistani rupees.On the other hand,  finding facilities to do this in Pakistan would be a feat greater than getting the battery replaced itself if electric cars are to be introduced in near future.

It is apparent that the cost of just bringing electric cars and the basic infrastructure that goes along with it would come at an unreasonable expense to the country, but when viewing this investment in the long run this would help save money in key areas. Oil imports into the country would considerably reduce over the years slightly negating the effect of Pakistan’s ever increasing debt. Petrol/Diesel powered vehicles currently cost nearly PKR 4 per km while current modern day electric vehicles cost approximately PKR 1.8 per km, which in turn will make traveling much cheaper for the masses.

The cost of spare parts in the country for most vehicles is quite taxing on the average person within Pakistan, not only the spare parts are expensive, but the people who possess the skills and knowledge to properly work on these cars are even rarer. Electric cars, on the other hand, are very reliable, in essence they only have one mechanical moving part which is the electric motor, there are no other major moving parts that can be subject to strain unlike petrol/diesel powered vehicles, eliminating costs such as changing the oil to lubricate your engine or changing belts and pulleys in the engine bay, which in turn would greatly reduce the cost of maintenance and service on vehicles.

Global warming is one of the biggest threats that faces us in the modern age and many countries are doing all they can to combat this before the problem gets out of hand. Pakistan has shown little to no gains towards reducing its carbon footprint, the introduction of electric cars into the country would be a big step towards reducing our carbon footprint and  a step towards combating global warming.

Nishat Group, which has recently entered into an agreement with Hyundai Motor Company to set up a car assembly plant in Pakistan, is planning to introduce electric cars but the infrastructure and capital required to introduce these vehicles in country’s current state is not achievable. Electric cars do possess many benefits that can prove to be beneficial for both the government and the people and maybe they can prove beneficial sometime within the next decade,but for now it looks we should stick to good old fashioned gasoline.