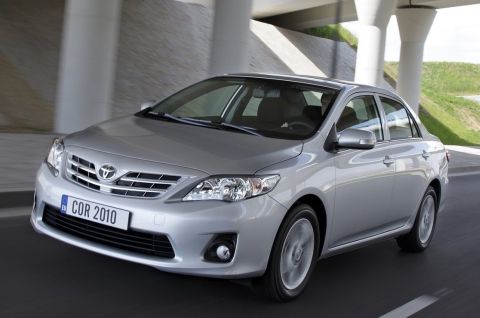 Nearly 8 out of 10 cars are being driven for personal endeavors which results in RS 5 billions excessive fuel consumption. While fuel itself is a scarce commodity these days – bureaucrats have been provided expensive cars bought through tax payers’ money. We all have seen Land Cruisers and Prados driven by our bureaucrats however, Government to further burden the tax payers have decided to provide 1800cc cars to Sindh High Court judges after their demand.

Although the judges have been provided cars by the government however, the judges now demand that cars of their choice be provided to them. This demand came at a time when citizens lurk around the country to seek peace, fuel and prosperity.

Minister for Law, Muhammad Ayaz Soomro told the Sindh Aseembly that Sindh high court judges had demanded 1800cc cars, sessions judges Toyota Corollas, additional district judges Cultus cars while civil judges had asked for Mehrans. When Humera Alwani asked if the judges were entitled to these facilities, the law minister said that these facilities were restricted to the bureaucrats in the past, but the current government had extended the same to cover the judges as well.

About 18,000 cars are being used by government servants working in 296 federal government ministries and departments, of which about 14,000 are being used against government policies, reported Gulzar Hussain, an official at the office of the Auditor General of Pakistan. Another 190 government departments have refused to divulge details of official vehicles in their possession. “The laws are not implemented in letter and spirit,” said Hussain. “For example, against the authorization for one vehicle for pool duty, various departments have reported 50 or even more cars for this purpose. Some senior civil servants use eight cars, while only legally being authorized to use one.”

Pushed by technocrats, the government has already announced that it plans on monetising the benefits of most civil servants (giving cash rather than privileges). For the three highest grades of the civil service – 20, 21 and 22 – the government will be offering Rs40,000 to Rs70,000 in cash instead of government vehicles, a decision expected to be implemented next month, subject to approval of final details by the Cabinet Division.

The government is also considering imposing a ban on the purchase of vehicles by project directors of development projects.

“Compliance of the government directives is a major issue,” said Auditor General Tanvir Ali Agha. “Even the prime government ministry, the Cabinet Division, is very poor in compliance.” He said that quarterly monitoring reports of the government’s austerity campaign revealed rampant non-compliance with the policy.

Sindh government should have provided cash incentives to the judges as well to avoid burdening the tax payers and the predicament economy.

Honda is the brand with least warranty claims amongst all