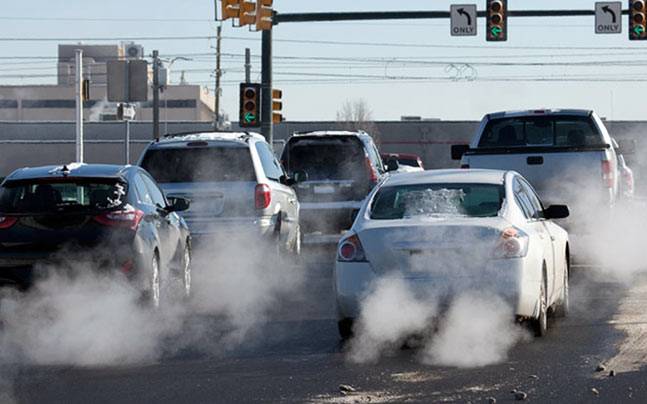 City traffic police upon the instructions of Inspector General of Police will start enforcing heavy fines against the heavy-smoke emitting vehicles and non-functioning of head and backlights from October 1st 2018. This step has been taken in order to tackle the situation of expected smog in Lahore.

The Inspector General of Police has issued strict orders to put these heavy-smoke emitting vehicles under the legal action and nobody shall be spared. Upon a violation, these vehicles would be detained to carry further legal proceedings against them. This step has been taken considering the smog situation in the city for past couple of years. The police are ready to contribute their part in reducing the smog factor from the environment by bringing all the vehicles running on the road under a law.

Lahore got majorly hit by smog situation that has caused serious health conditions last year as well. What are the dangers of smog in the environment to human health? According to the doctors, smog contains ground-level ozone and dangerous gases like nitrogen dioxide, sulfur dioxide, and carbon monoxide. The presence of smog in the environment is a serious threat to the ones suffering from heart and lungs diseases such as asthma. A long-term exposure to the smog environment may also affect the eyesight of a person. Various cases of throat diseases were also reported last year among children and senior citizens.

City Traffic Police of Lahore in collaboration with the environment department has also decided to start an awareness campaign among all the transporters of Bund Road, Thokar Niaz Baig, and Lari Adda to fight the serious condition of smog in the city. Moreover, the traffic police will be taking strict actions against the violators and the vehicles will be taken under the custody. The legal action will be taken with the mutual cooperation of the environment department against all the personal-use and commercial vehicles across the city. Furthermore, various instructions have been released by the traffic police to tackle the situation of smog for the ones travelling on the road.

Read More: Local and imported helmets to be sold at fixed price

The health experts in consultation with the environment department have advised all the citizens to cover their noses, eyes, and mouths while going out. It is highly recommended to wear protective glasses and helmets in this situation to avoid any health and safety issues. Moreover, the citizens are also advised strictly to keep the windows of their houses close to avoid dust particles entering the house.

Taking a strict action against the heavy smoke-emitting vehicles would also be really helpful in reducing the environmental pollution in the city significantly. In this way, a number of health issues among the citizens can be minimized as well. The public transport such as wagons and rickshaws must be targeted specifically by the traffic police that has a major role in polluting the environment. This is a very positive step by the police which should be encouraged by the citizens in making the environment clean and pollution-free. All the citizens of Lahore are advised to properly maintain their vehicles and play their part in this environment-friendly move. Let us know what do you think about this positive move!

Stay tuned for the latest news and updates.