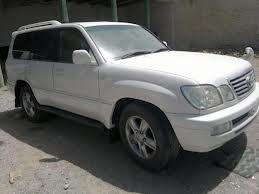 As FBR continues to compile and arrange the data of smuggled and NCP vehicles, it has been learnt that many leading commercial banks and leasing companies are either using smuggled and non-duty paid vehicles or have leased them.

Anti-Smuggling Organisation (ASO) of the Collectorate of Preventive Customs has given a seven-day notice to banks and leasing companies for recovery of such vehicles while, according to FBR list, 50,000 vehicles have either dual or identical chassis numbers and only 2,300 out of those 50,000 are registered with the Motor Registration Authority, Karachi.

Whereas only 380 vehicles out of 2,300 vehicle have been leased out either by commercial banks or by private leasing companies.

According to official figures made available to Dawn, 380 vehicles are at present on lease or in use by banks and leasing companies.

Amongst the leasing companies, the highest number of impugned vehicles are with Crescent Leasing (21), Orix Leasing (21) and Pak Gulf Leasing 16.