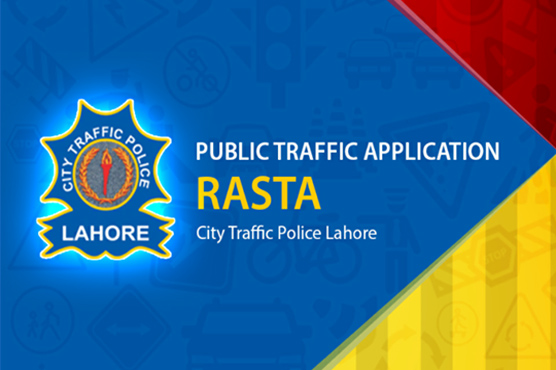 The Punjab Information Technology Board (PITB) in collaboration with the City Traffic Police (CTP) Lahore has successfully launched its mobile app named ‘RASTA’ for providing all sorts of traffic solutions to the citizens of Lahore.

The app is currently limited to information related to the provincial capital; however, its services will be extended to Multan later this year. The mobile app is officially introduced on both iOS and Android operating systems and has been a success story so far with more than 34000 and 150,000 downloads respectively. The smartphone app provides all the real-time information related to traffic congestion, roadblocks, protests, sit-ins and any kind of emergency situation on the roads. The users can also turn on the alerts related to their areas of interest to stay updated from anywhere in the city. For its multiple useful services, the app has received an astonishing response from the citizens of the provincial capital. The citizens have the provision of checking the route and plan their trip accordingly.  It allows the prevention of any traffic hindrance and helps in saving time for the commuters. The users can download the Rasta app through the following links. 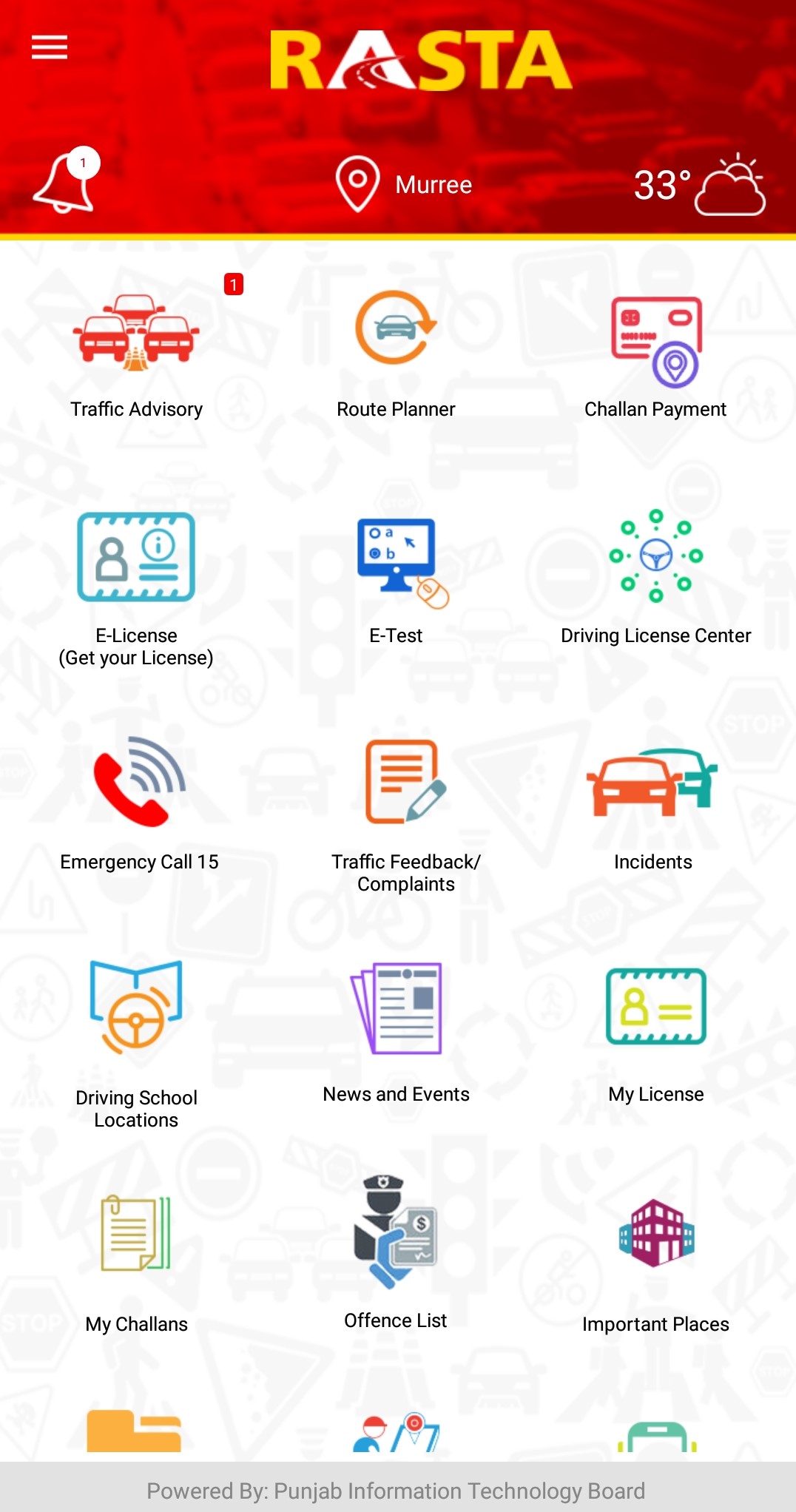 The app can be logged in with the CNIC number of the user and it includes the following salient features:

Through this app, the users can call on 15 in case of an emergency. Any sorts of complaints can be filed by using the traffic complaints section. The details of the user’s driving license can be viewed and the option of vehicle verification is also available. Moreover, the service of online driving school is also provided in the app where the users can learn and understand the traffic signs and rules before appearing for a driving license test. The driving test can also be scheduled at any of the three centers in Lahore. Nonetheless, the app can also be used in Urdu for the convenience of the citizens. In case, you are applying for a new, duplicate, renewal or international driving license, the forms are available on the app and can be easily downloaded from the menu. 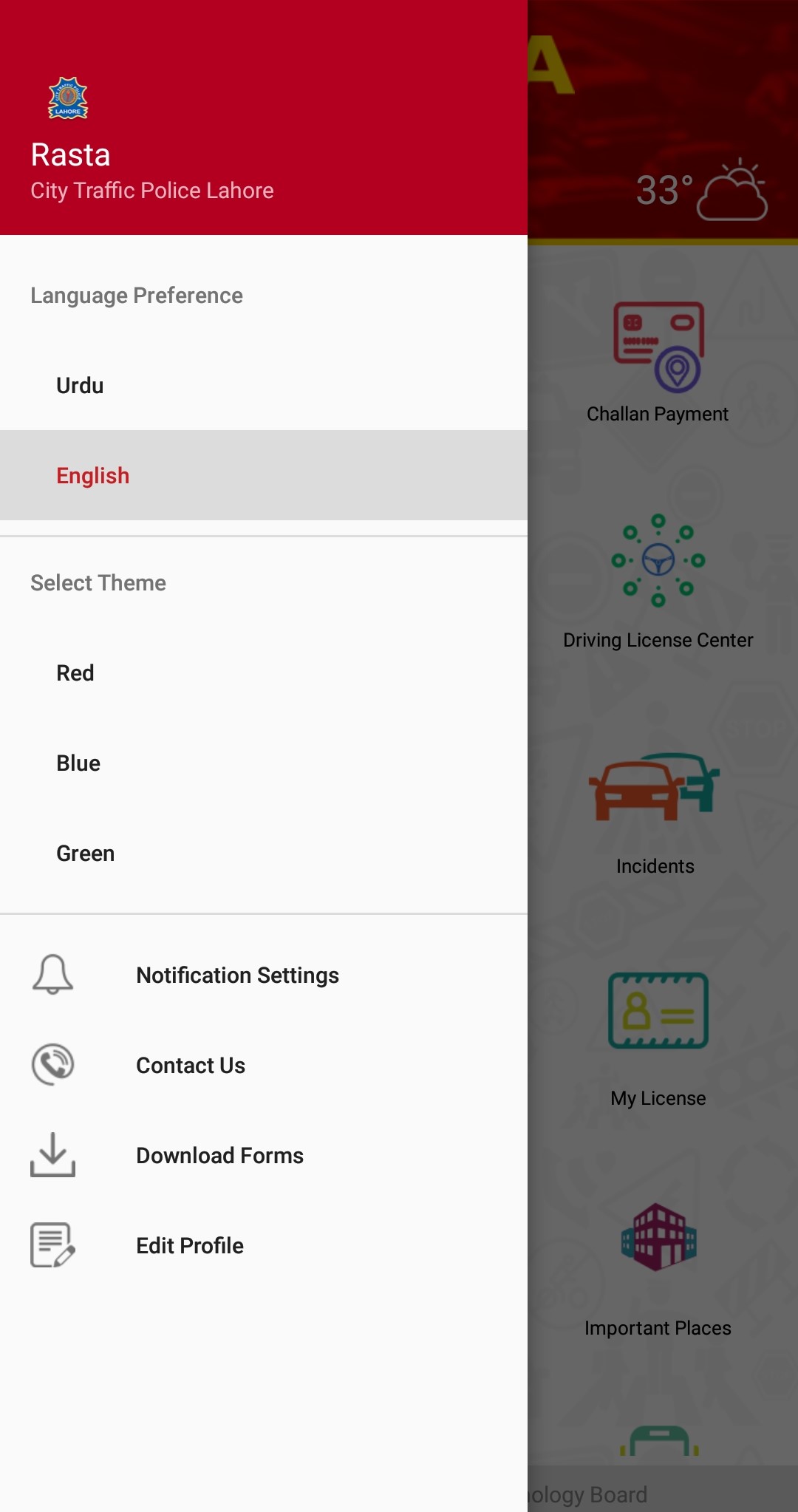 Undoubtedly, it’s a great move by the Punjab IT Board and its Chairman Azfar Manzoor has also expressed his satisfaction over the performance of the app so far and aims to extend its services to other cities of Punjab including Sialkot and Multan soon.

That’s it from our side for now. Stay with PakWheels for more updates.