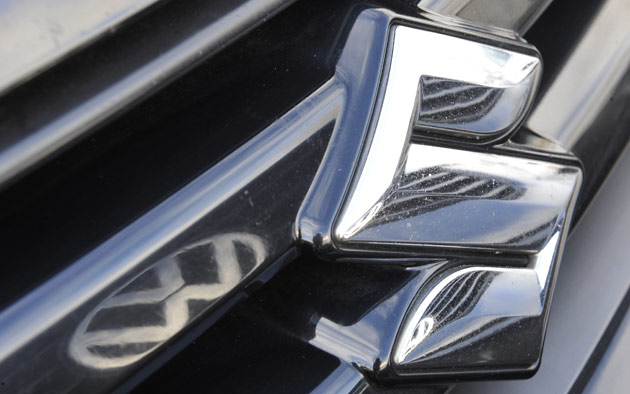 Suzuki and VW unhappy with their partnership

Pak Suzuki has bagged gazillion of rupees from Pakistan but it has yet to make us able enough to even build a Mehran all by ourselves. Ironically, VW recently expressed its disappointment with Suzuki infront of German press about how Suzuki expects to get access to VW’s technology without having to share theirs.

This claim brought out Osamu Suzuki himself to Suzuki’s official blog remarking on VW’s press statements that this is not the case.  He added further that the two automakers entered into the agreement as equal partners, and that Volkswagen has no say over how Suzuki conducts its business. What’s more, the engineers at the Japanese company didn’t find any Volkswagen tech worth borrowing, and that if it decides it needs any assistance, it will look toward other manufacturers.

Today, Reuters reported that Suzuki is looking forward to gain complete independence from VW. The Japanese automaker came out today saying that the two needed to go back to the drawing board on their multi-billion dollar partnership. The German manufacturer’s purchase of a near-20 percent stake in Suzuki for $ 2.5 billion in December 2009 was embraced by investors who expected Volkswagen to gain inside access to Suzuki’s leading small-car technology, but the deal looks to be going sour.

“It was made very clear when we tied up with Volkswagen that we did not want to become consolidated, and that we would remain independent. We feel we need to return to the starting point, including over the ownership ratio. The understanding that we are independent companies, and equal partners, is the absolute prerequisite in pursuing any specific cooperation,” Vice President Yasuhito Harayama was quoted as saying by autonews.com.

Auto pundits had exclaimed that VW might be looking to bring Japan’s No.4 car maker under its umbrella. Executives from Suzuki have said that when the two automakers entered into the partnership, it was understood that both would remain independent entities. Now Suzuki feels the need to “return to the starting point,” including reexamining the ownership ratio between the two companies.

Testing your CNG cylinder from HDIP