Swift has been quite a successful model in Pakistan, despite its price, it is a good car and a great hatchback. But when Swift finally came to Pakistan again, the car was already receiving aesthetic updates around the world so we were quite a bit away from getting a refreshed Swift here but India, is gearing up to get the facelift Swift pretty soon.

The facelift pictures of Indian Suzuki Swift surfaced sometime ago and they GaadiWaadi.com has published more pictures of the car being tested somewhere in India.

The facelift Swift will receive minor cosmetic and feature changes to be launched in India by the end of 2014 to keep interest in Suzuki Swift alive and thriving in India.

The changes made to the exterior are LED daytime running lights, enhanced foglamps enclosures, new wheels, then on the inside; Swift is expected to gain features such as power mirrors, keyless entry, and an engine start button.

Engine and technicalities would remain the same and most probably, the Swift as well in Pakistan. 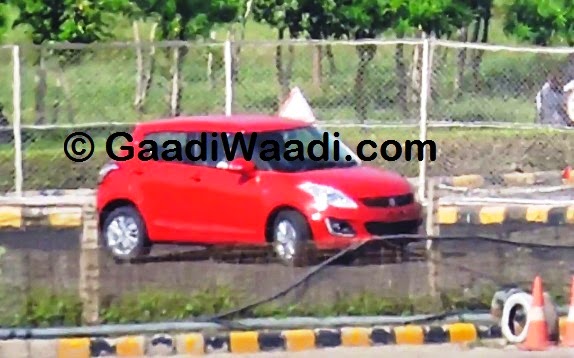 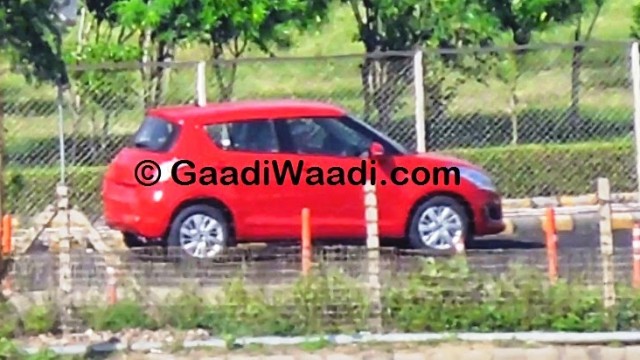