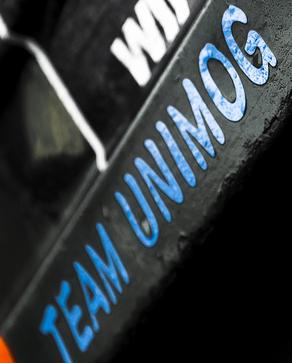 It is that fear of the unknown, that desire to succeed, that want to want more, that camaraderie, that essence, that fulfillment, that self actualization, that focus, that function, that made us proud to be men during the week of 15th July – 22nd July 2011.

Conception started eons ago, almost as soon as the first Team Unimog (TU) Punga tour (Team UNIMOG Punga 2010 @Elevation 14200ft–Via Babusar-Sheosar–Burzil–Minimerg–Butogah) ended. That TU trip was inconceivable for matters that are too plenty to cover again. TU decided that it was important that such trips be restricted to a cycle of 2 years. Mature words, but perhaps spoken to soon. Not all the G4 could make that trip, and for those unacquainted with the acronym, G4 is nomenclature used to describe 4 of us with too many kind traits for Pakwheels to accept and not censor. Suffice is to say that “Your Enemy’s My Enemy” is our moto. Anyways, hence, two years seemed too distant.

Fast forward, TU had a strange addition, surprisingly, it wasn’t a Unimog, but I guess friendship and company is thicker than steel and a chassis. It wasn’t German, and it wasn’t even the same classification. You’ll see it as you continue to frequent this thread I hope. The same two Unimogs that you are well acquainted with were stripped through and through the whole year, all pending the experience the drivers gained last time around. I cannot count the number of critical spares that were carried, for all three vehicles. I cannot, unfortunately, also count, and for our wives’ peace of mind, the amount of Quaid-e-Azams we had to let go off, empty, empty wallets- also, to the gallows with online and mobile banking!

13, the so called “unlucky number”, was the actual number of people who would go down and make history on this trip. 13 people, 13 men, of different backgrounds, of different ages, would forever imprint their memories with an out worldly experience. For many, it would be the first time they would have looked at our country, the beautiful Pakistan, in a completely new light. For others, who were better travelled within Pakistan, they obviously keep seeing things that beckon them to come back again and again.

The route, though decided well in advance, was at the mercy of Mother Nature. Landslides, flooding, law and order, altitude, river crossings and other fragile infrastructure, would all have to be taken into account. Resident locals, as many contacts as we were able to obtain, were critical in providing us with up-to-date and validated information. With all constants and variables where they were, the route was decided and set in stone unless mishaps on the way made way for contingencies.

Whilst this is a mere introduction, and by no means exhaustive, expect additions to keep coming your way. Notables, and worthy mentions include, but are not limited to Nanga Parbat, and the various views we got of the majestic peak from parts of the KKH and Deosai. Road conditions on a whole were extremely poor, owing to the rebuild of the KKH, and the floods of the recent past. These conditions were not only tormenting for us, but more so for the three stallions that we were riding. Perhaps the most enjoyable and memorable parts of the trips were our camps which would have scored no less than 5-Stars on any hospitality matrix. The highlights for our rides were definitely the water crossings at Bara Paani and Teesra Paani in Deosai (one of the largest and highest Plateaus of the world).

It is prohibitively challenging to summarize 7 days of travel in a few paragraphs, so I hope you will sit back and thoroughly enjoy the pictures and videos.

With that being said, many of us who participated will miss each other the most, and in closing I quote simple words Bo Jackson said some while ago; “If I miss anything about the sport, it’s the camaraderie of teammates.”