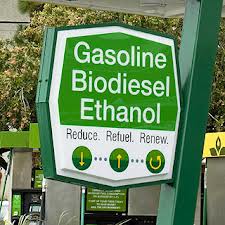 The future of CNG buses in Pakistan

As I began to write this article, I would suggest that there is no future of CNG buses in Pakistan because natural gas cannot be used as a transportation but rather, its a fuel best for domestic and industrial use.

Although government is on a path towards finishing the CNG sector altogether from Pakistan, but we cannot be still sure whether or not government has realized their mistake for the introduction of CNG.

Nowadays, we are suffering from monopoly of CNG association and CNG strikes and load-shedding, due to which there is huge scarcity of CNG. In the midst of all this chaos, a thought is provoked about the future of CNG buses in Pakistan?

Despite the fact that on one hand, federal government is shamelessly trying to shut CNG sector down while on the other, provincial governments have been introducing CNG buses as viable transports to the public. Pakistan do lack a reliable public transport network, and CNG buses are not solution, metro train is that solution however;

CNG is a cheap fuel but it doesn’t means we have the luxury to ignore domestic industries and provide CNG to the transport sector. CNG buses can consume a large amount of fuel and this causes an imbalance in the flow of natural gas towards the domestic sector. It would be better if we use other hydrocarbons for fuel in automobiles such as methanol.

Brazil and United States are the largest producers of Ethanol fuel in the world, and amazingly, 92% of all new cars sales are flex vehicles, meaning they can be run on any fuel. Using Ethanol as an alternative fuel source is good because it produces lower emissions, yields higher performance, and has a lower risk of flammability than gasoline. It can also be manufactured from a wide variety of substances since we are an agricultural country, it can be self produced in large numbers.

Because the use of Ethanol creates better performance and acceleration. Ethanol buses can me introduced rather than CNG buses.

CNG is good for countries which have abundant natural gas resource. Not for countries with inconsistent policies or lesser reserves for production and a lack of intention towards exploration for gas fields.