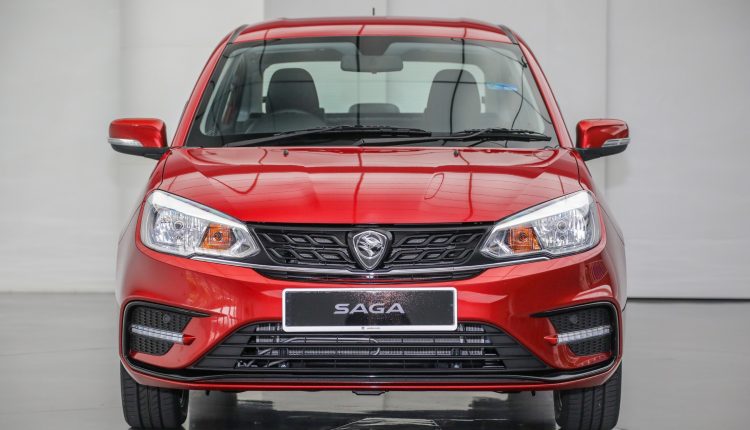 Proton is a national car company of Malaysia. In the past, it has been producing re-badged Suzuki and even Honda models, and before then, some Mitsubishi models were sold with Proton badge. In fact, Proton started their production with the first car almost 36 years ago, and it was based on Mitsubishi Lancer. Proton Holding company at one time was the owner of the Lotus cars.

Currently, Geely car company from China, which also owns Sweden’s Volvo, has 49% shares in Proton. Proton has signed a joint venture with the Al-Haj group for establishing an assembly line in Karachi for the CKD production of cars. One of the first official releases for sale will be a CBU X70, a small crossover/ SUV.

You can read in detail about X70. Besides the X70, the other model in the pipeline is the compact 4 door, 5 passenger sedan, the “SAGA.”

SAGA is short for ” Safety, Achievement, Greatness, and Ability. ”  Saga sedan was and is part of Malaysian culture and heritage, and the reason is the accomplishment Proton made in the shape of Saga being the first locally produced vehicle and declared as the first national car. Saga’s aim was to be a budget car, and it was hit because it has a lower price compared to other cars, like mostly from Japan.
Every other household in Malaysia in someone way or another experienced the Saga, same as most of us have experienced Suzuki Mehran in our lifetime.
The first generation Saga came in 1985, and it was based on the Mitsubishi Lancer platform. The same model remained till 2008, and during this lifetime, it came with various variants. From 2008 till 2016, second-generation remained for sale, and it was designed by Proton in its entirety using the Proton FLX platform. 2016 onward is the 3rd and the current generation Saga, and it received a major face-lift last year in Malaysia.
How popular Saga is in Malaysia can be seen from the fact that Proton sold 38,144 units in 2019. Just for reference sake, when Mehran was alive, which was the most popular car in Pakistan, sold around 36000+/- units on average per year. The Malaysian population is 6 times less than Pakistan.
In Pakistan, we will be experiencing the face-lifted Proton Saga, code name P2-13A. Let’s go over it.

In Malaysia, the SAGA comes with Proton own developed 1332 cc inline 4 cylinders 16 valve DOHC VVT engine. This is the only engine option. This engine is rated at around 94HP and has 120NM of torque. For the Pakistani market, the engine would be the same but with slightly reduced displacement, and that would be 1299cc.  Proton will be doing this to reduce the cost of import and to keep the tax duties on the lower side. Obviously, there will be a slight hit on power by reducing the size of the engine. The saga in Pakistan will produce around 89HP. 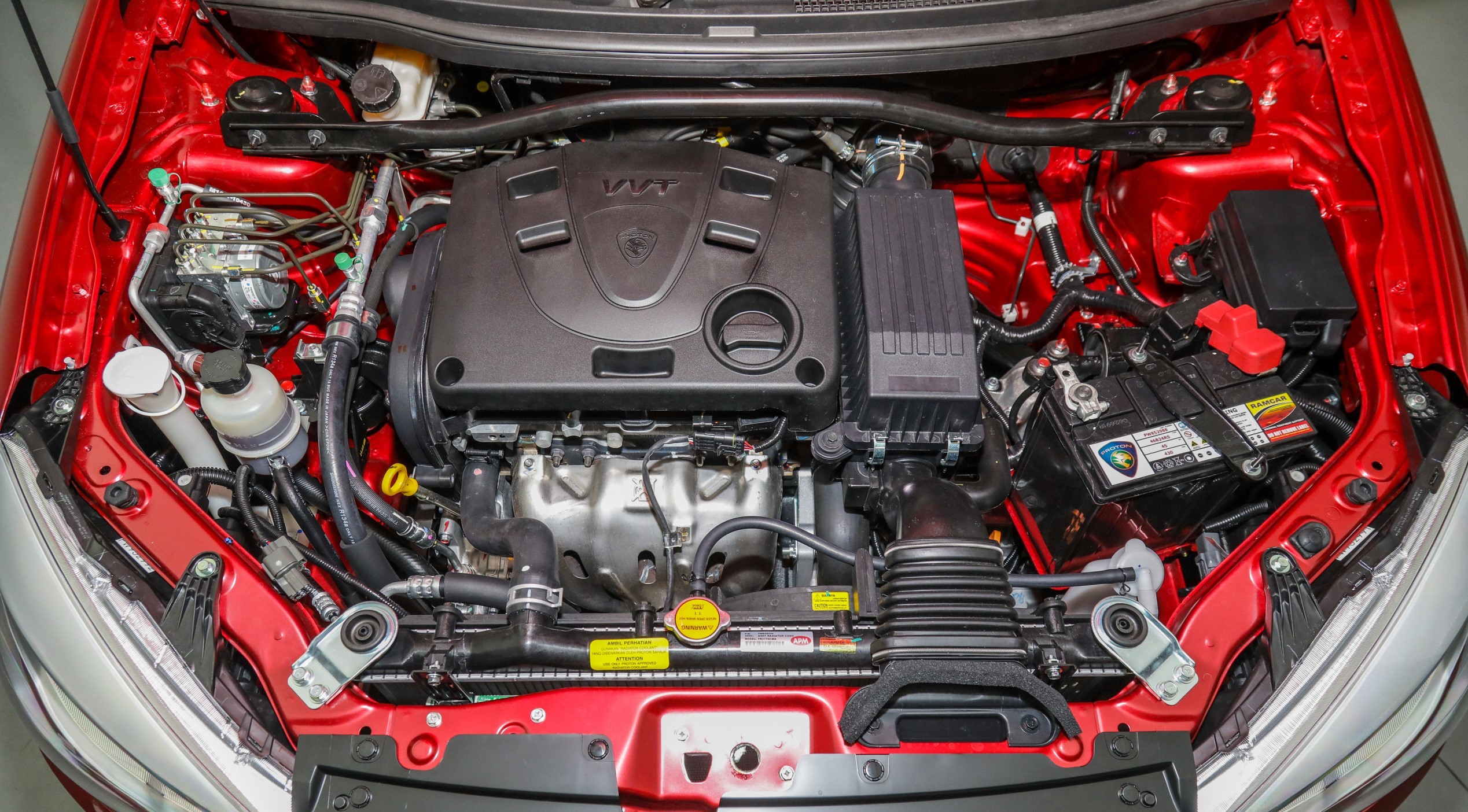 As of transmission, there will be an option of a 5-speed manual or a 4 speed automatic. Just for additional info, the pre-face-lift model used to come with CVT, which is replaced in the face-lift. This automatic transmission is Hyundai sourced, and the exact same is available in Kia Picanto. For SAGA, it is programmed and tuned, and improvement has been reported comparing the previously used CVT.
Fuel economy figures are between 14 to 16 kilometers per liter on average.

There will be hydraulic power steering as standard. McPherson strut front while Torsion beam on the rear as far as suspension. Disc brakes on the front while drums on the rear. The steering wheel will have tilt adjustment. The SAGA will also come with the Eco-Drive assist indicator.

Proton will offer three variants for Saga in Pakistan. A standard base model with a manual transmission, Standard with Auto, and Premium with Auto variants. The Standard with manual and Standard with the auto will mostly share the same features, the Premium, which is only available as Auto will have some extra frills.

On the front, the Saga takes the influence from the Proton X70 . with the signature Proton grill, which is called ” infinite weave grille.” This is basically inspired by traditional woodwork and carving, which is famous in Malaysia. The grill is wrapped around with a continuous chrome. Halogen headlights come standard on all variants, and there are no options for the projector.  Elongated LED daytime running light mounted on the front bumper will be available on the premium version only. The standard wheel size will be 185/60/14 for Standard manual/ auto model, and it will be the steel wheels with covers, the Premium variant will have 15″ two-tone Alloy wheels.
The fuel tank will have a 40 liters capacity. The trunk will come with an integrated lip spoiler as standard. Remote operated trunk is standard. The side-view mirrors will come with turn signal/ indicator lights. Pole type radio antenna will be found on the roof.

Well, SAGA is a budget car, and there is nothing too fancy here: black tone interior and grayish headliner in the standard. A simple design can be seen—a multi-information display with analog speed and rpm gauges. Power windows are standard and also the power side-view mirror adjustment. Seats are fabric for all variants and will come in two different textures but will be of a darker shade. The driver seat will have seat height adjustment on all variants. LED interior dome lights and the vanity mirrors on sun visors. Manual heating/ cooling and ventilation system are standard. The rear seats are bench type and can be folded for extra cargo capacity. 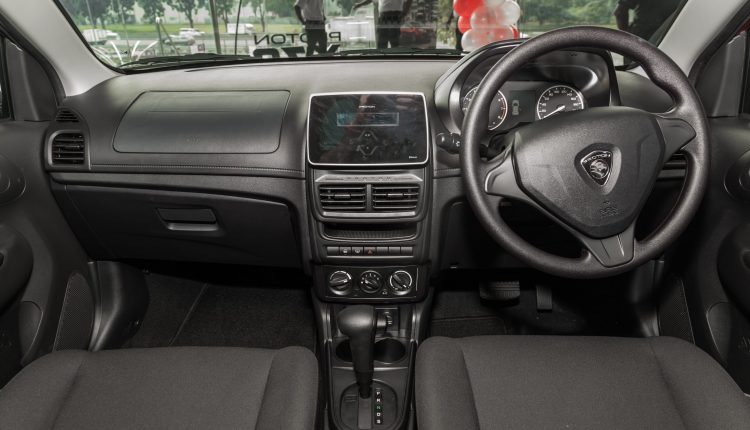 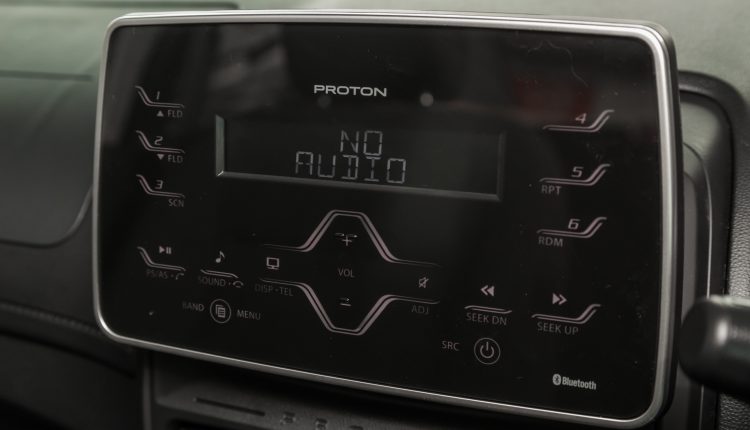 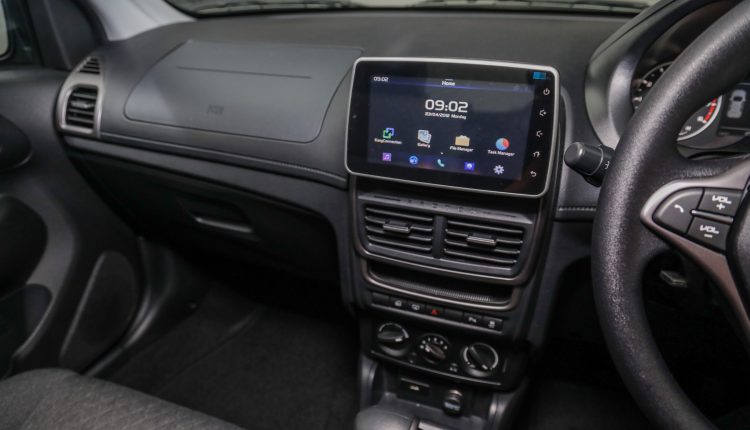 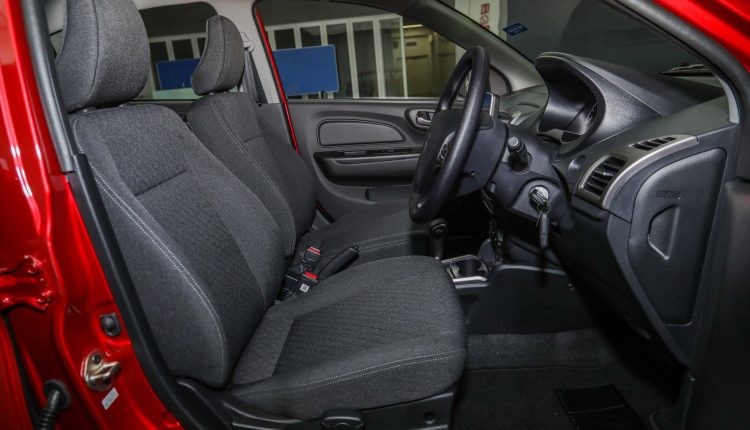 Prev 1 of 4 Next
As of infotainment, the Premium model comes with 7″ touch screen centrally placed floating head-unit, which has smartphone compatibility and mirroring function. The premium model comes with steering wheel controls. Bluetooth connectivity comes standard on all models.
The Standard manual and auto variants will get a simple standard audio head-unit, there will be no steering wheel control for it. The premium model will have a total of 4 door-mounted speakers.

2 frontal airbags come standard on all versions as well as ABS, EBD with Brake assist. Hill Hold assist will only be on the premium version. Seat belts for all passengers while the availability of ISOFIX points for a child seat. Rear parking sensors will be standard on all versions.
Immobilizer and the anti-theft alarm will be standard.  Unfortunately, the Stability control and traction control system will only appear on the premium model, and this is the way it is also in Malaysia, and I wish Proton make it standard all across the lineup. Proton Saga earned a 4 Star rating in ASEAN NCAP crash testing.

The launch is expected sometime this year, and Proton and Al-haj group were working on dealer selection and training. Proton is planning to open dealership all across the country and initially all metro cities. The launch is planned for fall 2020, but because of COVID-19, there are delays all across the globe. I hope things get normal ASAP and all car companies go back to work normally. We can hope and wish; we can see SAGA by October/ November this year. Initially, Saga will be sold as CBU/ Imported units until mid-2021 when the CKD/ local assembly is planned to start at the Al-Haj facility in Karachi.

The topmost multi-million dollar question we always have. The reduced displacement should give you some idea about the direction Proton is looking into. I predict and expect base price to be around PKR 2.1 Million for the Standard manual while the Premium Auto will be around PKR 2.4 Million. The price of the Standard Auto will sit in between. I believe that the Premium Saga will be at least PKR 150,000 TO 200,000 cheaper than the base 1.3L Yaris GLI. I also think that the top variant of Saga will also be close to the Suzuki Ciaz manual version as per the current price [ PKR 2.3 million ].
For budget car buyers, SAGA will be a good addition, especially keeping in mind that it will be a CBU unit at launch. The exterior and interior styling is subjective, and to some, it might not appeal that much for being too bland and old school. It will, for sure, add another option to choose from under PKR 2.5 Million, which currently only has options in the shape of hatchbacks.  The price of SAGA might lure customers away from Picanto and Cultus, and 2 generations old Swift, and the main reason would be “DIGGI WALI GARI.” But it all depends on how well Proton and Al-Haj take this opportunity because even Picanto has a tough time dealing with the all-time leader Suzuki in our market because of various reasons.
Saga can and will fill the gap between the hatchbacks and City and Yaris sedan as far as pricing structure. Rest, it’s the test for Proton.  The sales and marketing strategy, after-sale service, support, customer satisfaction, and friendly and welcoming dealer network will only guide and help Proton to succeed.  Let’s see if Success & Achievement comes with any Greatness and Ability of Proton.
Stay Tuned! 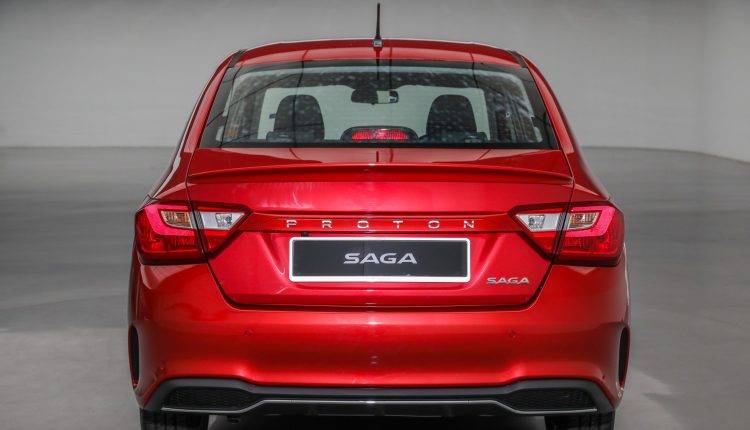 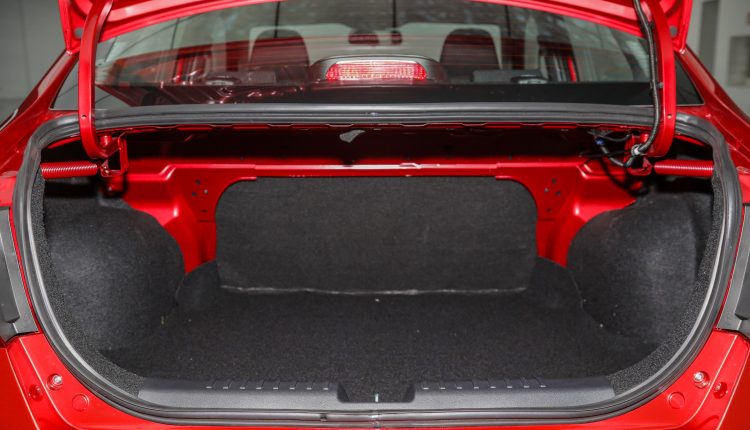 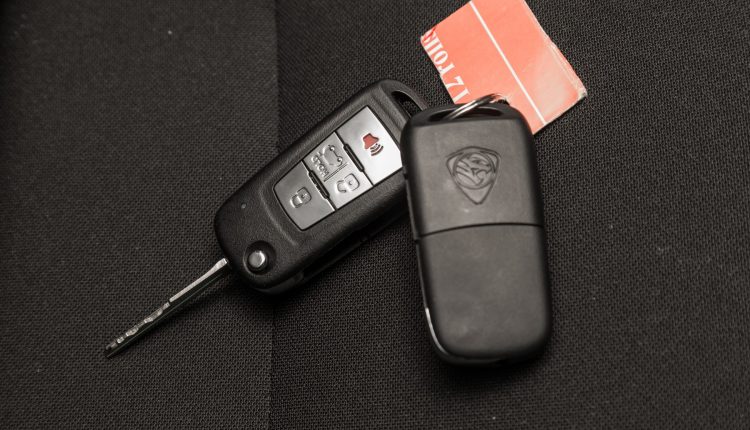 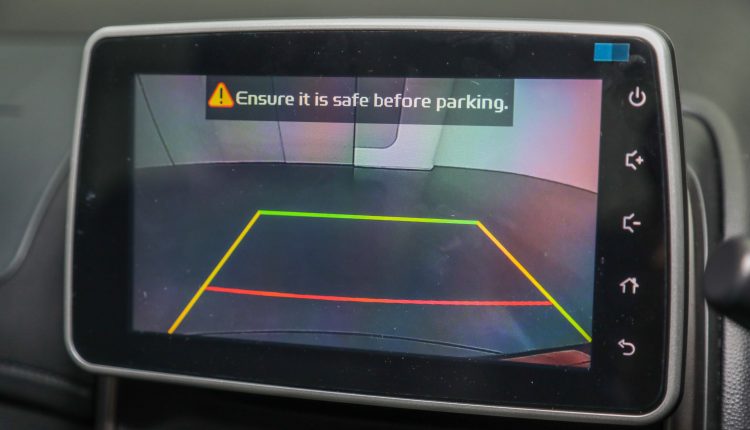 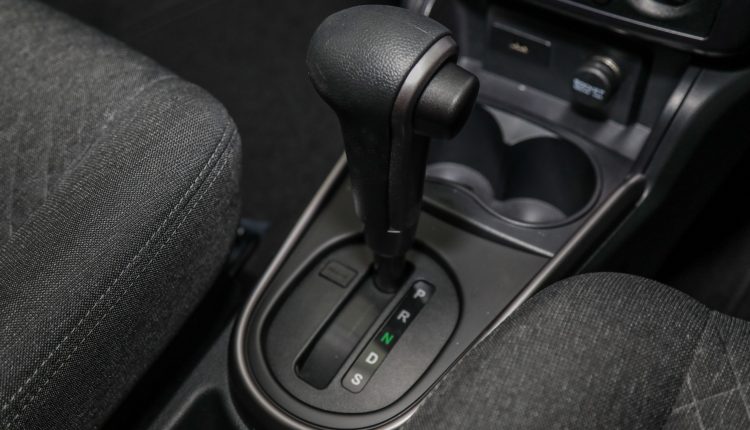 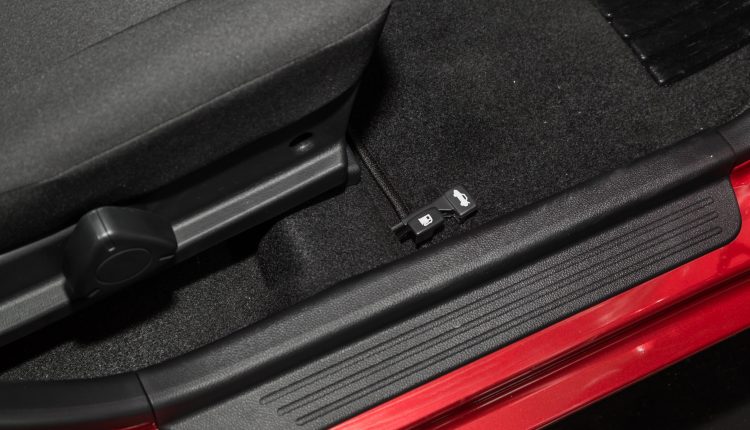 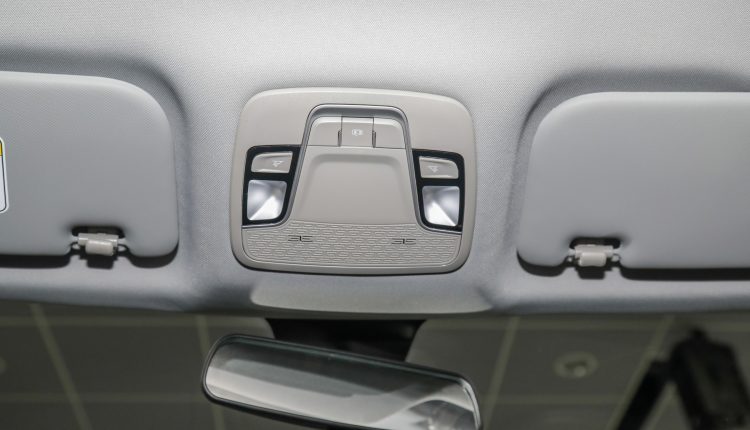 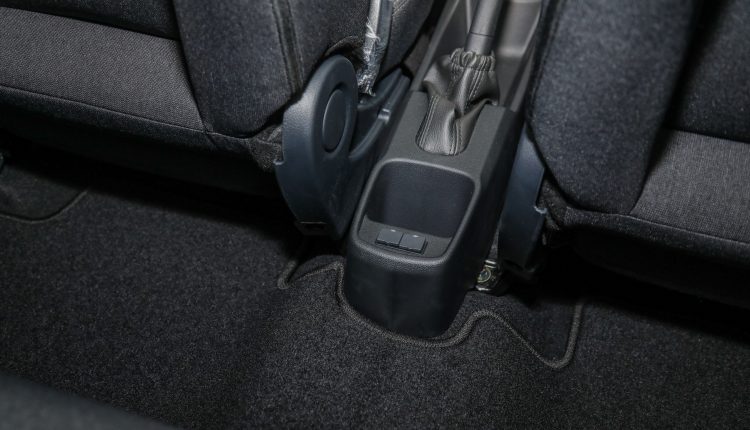 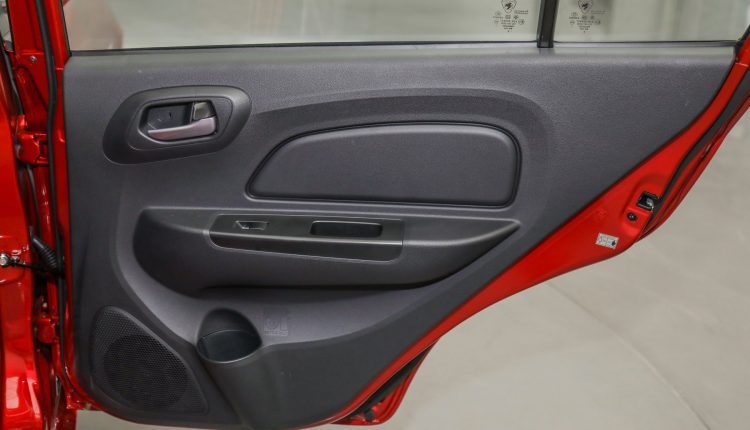 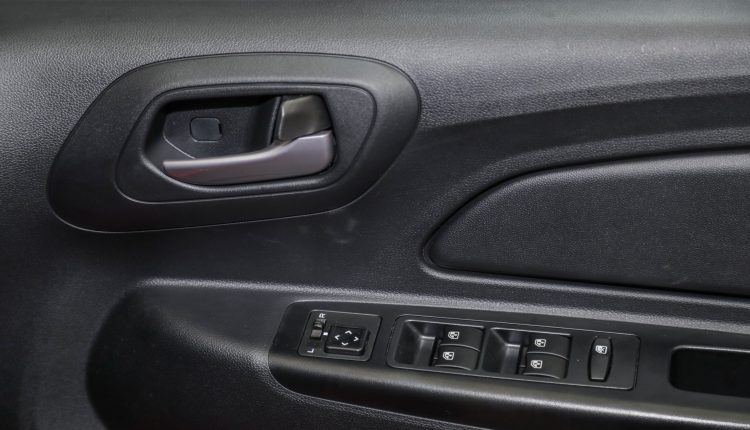 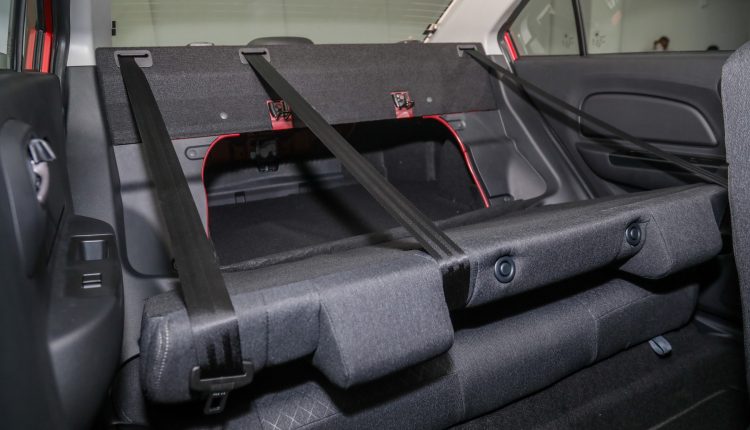 Recommended for you: 12th Generation Corolla Spotted For The 1st Time In Pakistan

Tires over-inflation – What are the dangers?

Should you opt for Unidirectional Tyres?