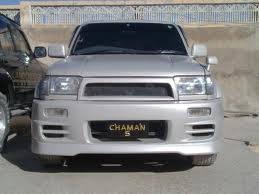 It seems like Supreme Court is actually the running things in this country, the rest of the lot doesn’t bother. Either ways, after the judgement passed by SC, FBR and other related departments paced up their work to compile a data of non-custom/duty paid vehicles and looks like they are almost there.

The Customs Intelligence Department has collected data of 2.3 million non-duty paid vehicles running on the roads of our country, in which 30,000 are luxury cars such as BMWs, Mercedes, Range Rovers and the likes.

Local auto assemblers took this as a chance to throw more mud at importers saying that smugglers use engine numbers of imported used cars for registration of smuggled vehicles as there is no system for verifying their (imported cars) authenticity while engine numbers of locally assembled cars can be verified from the assemblers’ records.

None of these cars are registered with the Excise & Taxation department and Chairman  PAAPAM (Pakistan Association of Automotive Parts and Accessories Manufacturers) said that these smugglers then hurt the local auto industry.

Perhaps deploying the VIN system is the right step to curb such smuggling of vehicles, meanwhile, we all should expect to show our papers anywhere we encounter a suspicious policemen.