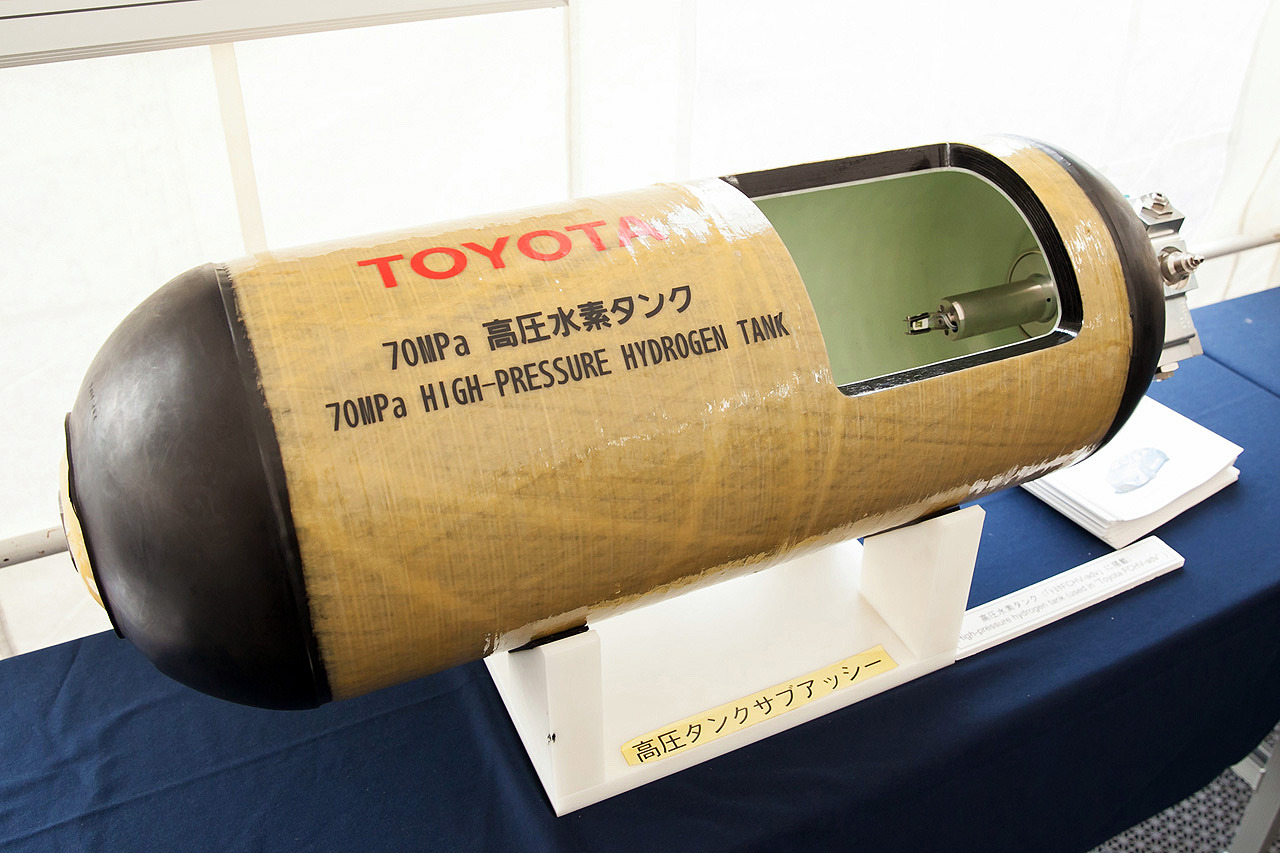 It is not safe to store, that’s what they said about Hydrogen vehicles. It would be even more dangerous when it may arrive in countries where regulations are not enforced and practiced, as with CNG cylinders, people will buy into cheaper and ill-graded tanks and explosions may occur.

Elon Musk of Tesla then come into play and say that Electric Vehicles are the future but the company that made a controversial vehicle, an idea that seemed to have never worker, Toyota successfully sold 6 million Hybrids since the first one arrived in 1997. And that company says otherwise and claims that Fuel Cell Vehicles are the future.

And to prove Tesla wrong and the EV pundits, and that Hydrogen tanks could sustain hydrogen, taking lessons from the 1970s Dodge advertising gurus who fired bullets into the engine to prove it’s durability, now, Toyota has followed suit.

While speaking at the Automotive News’ World Congress, Toyota’s Executive, Bob Carter said that the bullets fired from a small-caliber gun within the tank bounced off the carbon-fiber tank while later, .50 caliber bullets were also used which barely made any dents to the tank. Of course, the motive behind the shoot-out to prove the critics and non-believers (which include executives from Tesla, Nissan and VW) of the Fuel Cell Vehicles wrong.

Carter added, “Personally, I don’t care what Elon [Musk], Carlos [Ghosn] or Jonathan [Browning] say about fuel cells. If they want to ‘plug in and tune out’ other technologies, that’s fine.”

Toyota unveiled its FCV (Fuel Cell Vehicle) concept last year at the Detroit Auto Show and expects to be launched around 2015.