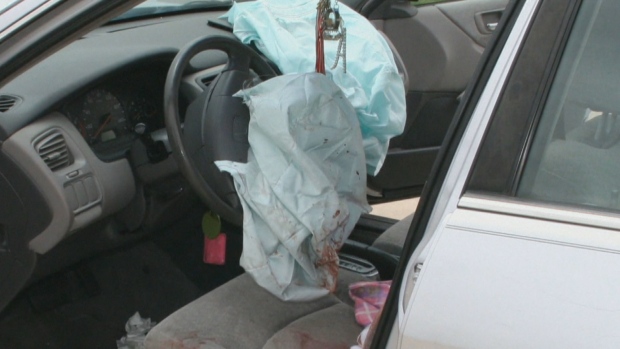 Previously we reported to our readers on the whole Takata Airbag disaster which has affected millions of vehicles worldwide. In case you are not aware of the situation then it goes like this; Takata uses the chemical ammonium nitrate to create a small explosion and fills airbags quickly in a crash. However, the chemical can deteriorate when exposed to high humidity and temperatures causing it to burn too fast. Which then blows apart a metal canister and firing potential shrapnels into the occupants. As a result, 20 people have been killed and more than 180 injured due to the Takata airbags. And this is definitely not how an airbag should work.

And now once again, both Toyota and Honda are recalling around one million Takata equipped vehicles. Toyota is recalling over 600,000 vehicles, whereas Honda is recalling 465,000 vehicles as well as 960 Gold Wing motorcycles in the US.

The list of recalled cars includes both Toyota and Honda.

The new recalls come after Takata revealed that another 3.3 million inflators are defective. Both Toyota and Honda will notify their affected customers by mail before March 2018. The owners will then get a free replacement of the airbag assembly.

Types of off-road tires and their pros and cons