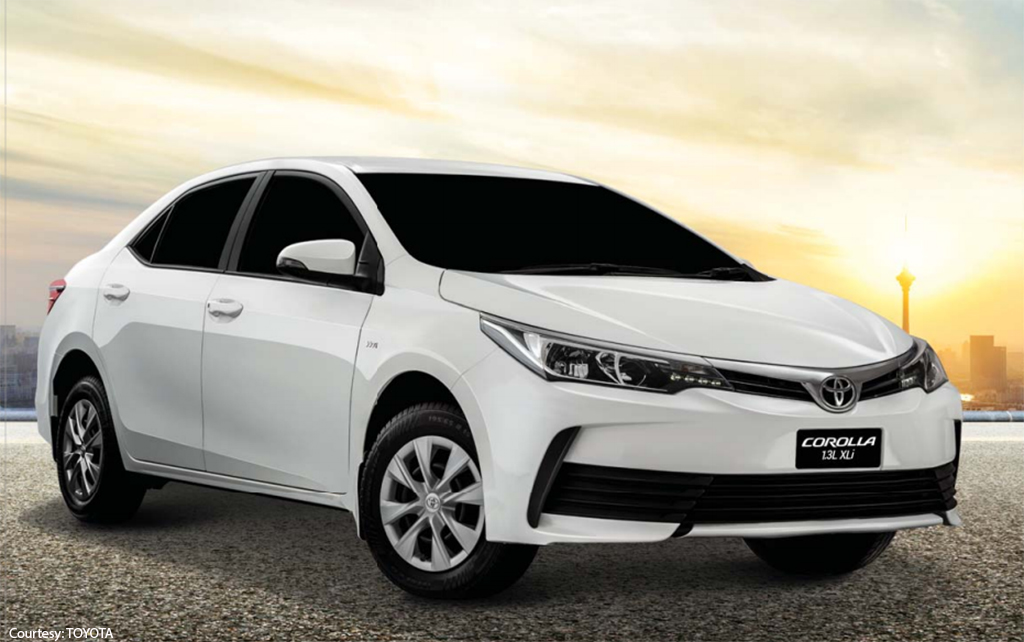 Indus Motor Company (IMC) Toyota has introduced a new range of colors in its hot-selling 1.3L GLi variant of Corolla for its customers.

Toyota Pakistan has yet again introduced a new scheme for its customers of Corolla, and this time it has come around in terms of more exciting colors. According to the details, the auto manufacturer is looking to clear its inventory of Toyota Corolla XLi and GLi variants to pave way for the new entrant Yaris in the local market as its replacement. In this regard, the company previously offered a free registration campaign on all the variants of XLi and GLi variants, which is termed as limited time offer. The free registration will only be valid on the first 1000 units of the car and is still in effect. To add more excitement for the customers, the company is also offering this free registration on the newly introduced colors. There are as many as three new colors to the Toyota Corolla GLi lineup as follows:

According to the details, the color scheme offer is applicable to both manual and automatic variants of GLi. The automaker is also offering immediate delivery on these cars without any delay. The customers can book their favorite colored vehicle by visiting their nearest authorized dealership today. Furthermore, the customers can also check the availability online through the company’s website as well. Toyota Corolla comes with 3 years or 100,000 km warranty period (whichever comes first). The company is also offering car financing starting from Rs.48,755 per month on Toyota Corolla.

Toyota Indus is soon expected to launch Yaris sedan in Pakistan as a replacement of the 1.3L XLi/GLi Corolla. Toyota Yaris, also known as Vios in some countries is expected to be launched in 5 variants in Pakistan. Two variants (manual and auto) will replace the XLi version whereas two variants will come in place of GLi (manual and auto). Moreover, another 1.5L top of the line variant will also make its way to the local market, which is expected to be a competitor of Honda City 1.5L. Toyota Yaris has also been spotted on the roads of Pakistan doing test rounds in the recent days. It means that the company is in the final stages of launching the all-new Toyota Yaris towards the end of 2019. Nonetheless, it will be a welcome addition to Toyota’s line-up, and all the car enthusiasts are excited about its launch. The starting price of the Yaris sedan is expected to be around Rs.2.5 million.

Stay with PakWheels for all the latest automobile-related news updates. Drop your thoughts in the comments section below.

The introduction of Wagon R AGS variant in Pakistan: A valuable deal?