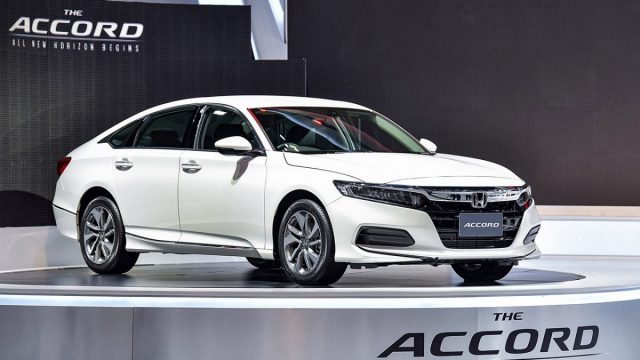 Honda Atlas Cars Pakistan Limited has launched the all-new 10th generation of Honda Accord in Pakistan on 04th September 2019.

The launch ceremony was held at Honda Atlas Cars factory in Manga Mandi where the car was unveiled for the first time in Pakistan. Globally, the 10th generation model was unveiled back in July 2017, and its production and sales started in the same year. Let’s quickly have a look at what the Honda Accord offers to its customers in the local market of Pakistan.

The all-new Honda Accord 2019 comes with a 1.5L DOHC In-line 4 cylinder engine with 16 valves. It has a VTEC Turbo engine of 1498 cc capacity. With the compression ratio of 10:3:1, the all-new Accord has a bore and stroke of (73×89.5) mm. The fuel supply system used in the powerful Accord is direct injection PGM-FI. Moreover, the company has also provided the minimum recommendation of fuel type as Unleaded RON 91 to be used in the vehicle. Another feature included in this car is the drive by wire throttle (DBW). The 1.5L VTEC Turbo engine is mated to a continuous variable transmission (CVT) with Earth Dream Technology. This technology enhances the driving experience as well as improves the fuel efficiency of the car at the same time. Paddle shifters are also provided by the auto manufacturer which allows the driver to switch gears without removing hands from the steering wheel. Honda Accord 2019 is considered to possess a powerful engine that can produce a maximum power of 134 kW at 5600 rpm and a maximum torque of 233 Nm at 5000 rpm.

Honda Accord is equipped with the advanced suspension and braking system to improve the comfort and safety of the passengers. It is equipped with MacPherson strut at the front and multi-link suspension at the rear side of the vehicle. On the other hand, the braking system involves ventilated disc brakes at the front and solid disc brakes at the rear wheels. There is also an electric parking brake type in the car with the facility of auto brake hold system. Moreover, the car has a 56-liters fuel capacity in its fuel tank.

Honda Accord 2019 resembles the shape of its younger brother Civic in terms of the outlook. Perhaps it has a front look which is a combination of aggression and sophistication, which truly defines its design language. The urban sedan looks stunning and gracious on the exterior. Its body is efficiently designed in terms of aerodynamics. The fully LED headlights have the auto adjuster feature to improve visibility while driving at night. The headlights are accompanied by LED daytime running lights (DRL’s). LED fog lights are also installed by the auto manufacturer to enhance visibility. It also has electric sunroof with the one-touch system. The side looks of the sedan have prominent curves in the body to support the aerodynamic efficiency. 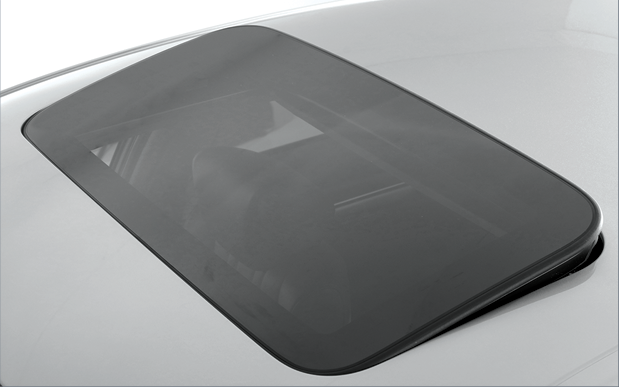 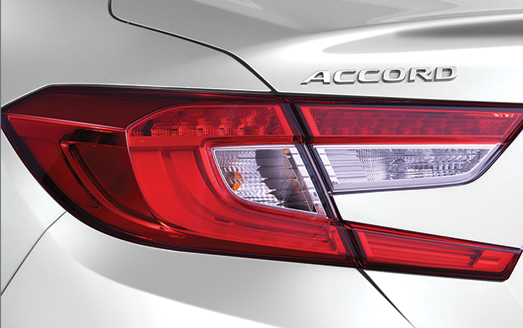 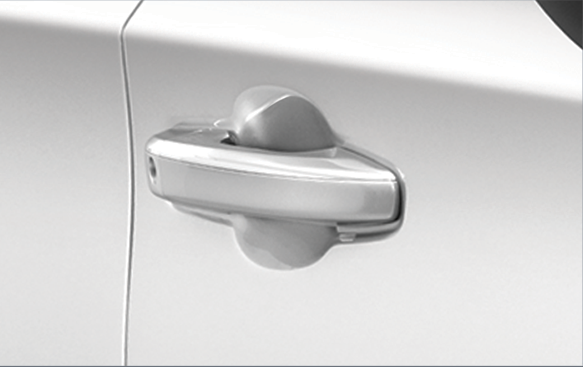 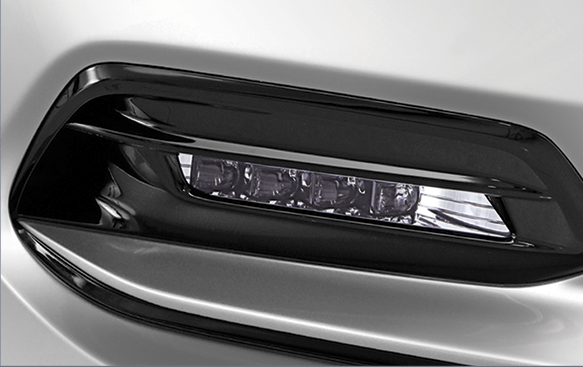 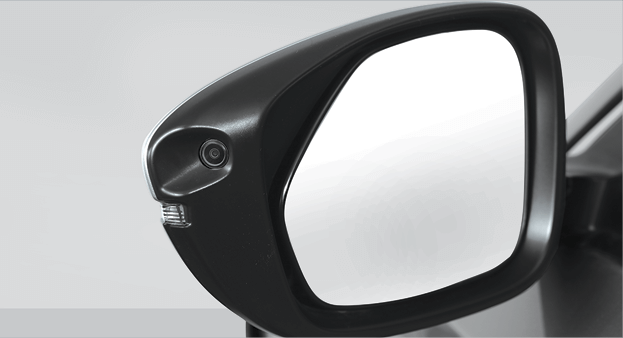 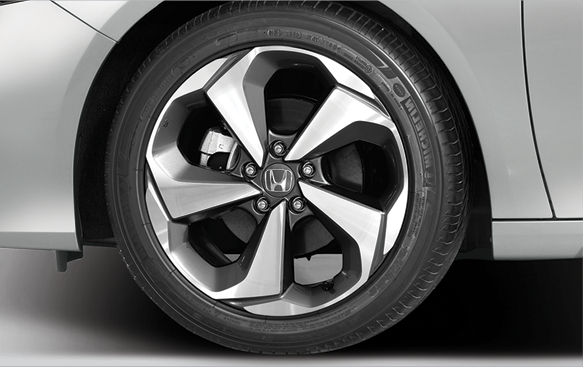 The outer door handles of the all-new model come as a mix of body color and chrome lining. The power foldable door side mirrors are controlled and adjusted electrically. LED turn signals are also provided in the power-retractable side mirrors. The door mirrors have a reverse tilt-down function installed by the company. Honda Accord has sleek LED rear combination taillights which look remarkable in design. It also has rear reflectors for improved visibility for the traffic coming from behind. The car also features an LED high mount stop lamp on the rear side. The sedan also has an aggressive dual-outlet exhaust which has chrome finishing on the outline. The tyre size is 235/45 R18 with 18-inch alloy wheels, and the car also comes with a spare tyre in the boot. 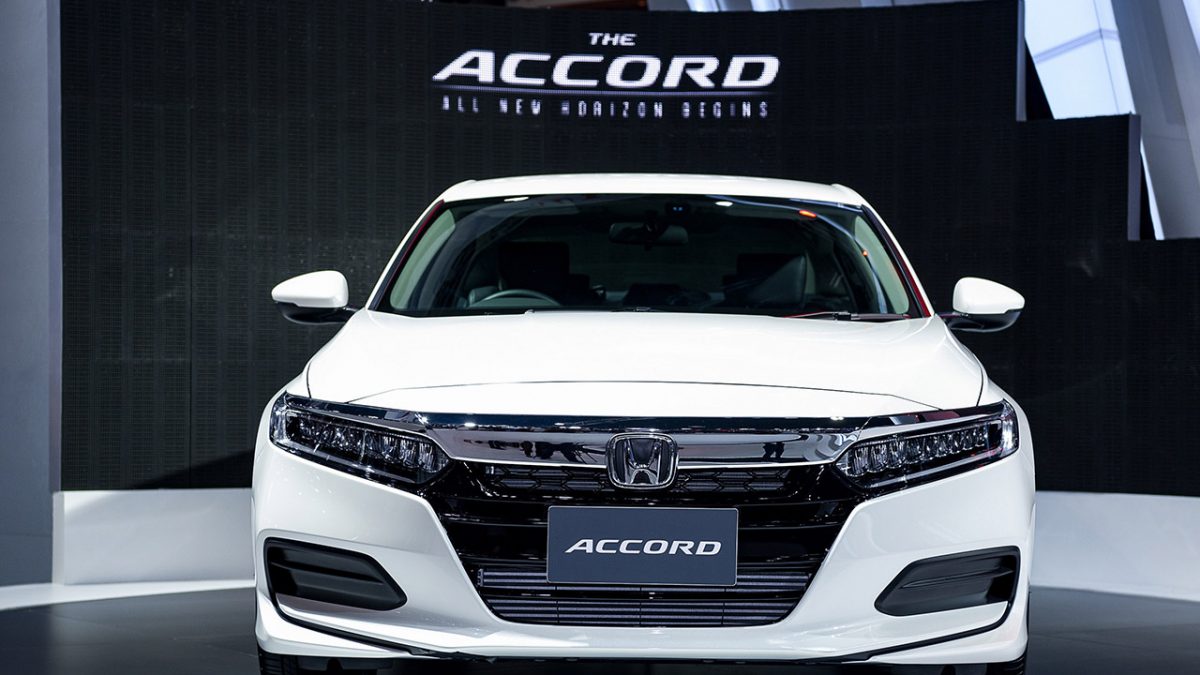 The all-new Honda Accord has a spacious interior which gives a whole new feeling when you enter the car. The seats are made from premium black leather. The driver’s seat has an 8-way power adjustment feature for pin-point accuracy with 4-way lumbar support for an engineered back posture. The passenger’s seat has a 4-way adjustment feature and also has a two-position memory function to remember the seat adjustment level of the driver and passenger. The rear seats are one unit which can be folded down for additional luggage space. The boot of the car has a vast 573 liters capacity. The steering system of the car is dual pinions with EPS. The steering wheel has a tilt and telescopic adjustment functionality. The cabin of Accord has a good lighting system including the glove box light, luggage area light, and a couple of vanity mirror lights. The trunk also has a lid lining, and all the windows are controlled electrically. 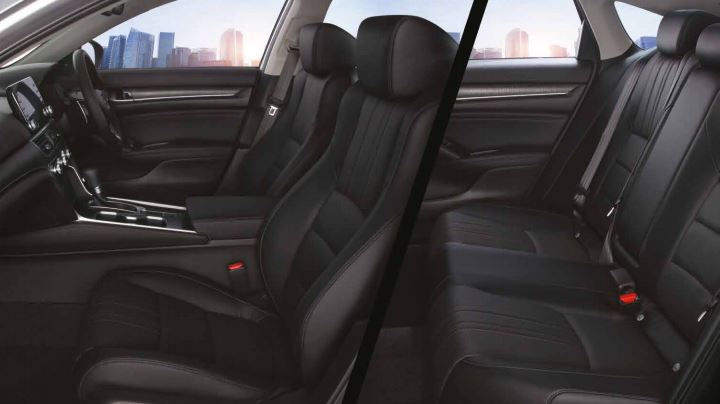 As a part of comfort and convenience, the car has a smart entry with a push start button. Remote engine start is provided by the manufacturer with a dual-zone climate control air conditioning system. Honda Accord is also equipped with front rain sensors that activate the auto wipers during rain. The sedan has several more features including noise-reducing wheels, active noise control, rear ventilation ducts, and auto-dimming rear-view mirror. It has a wireless phone charger provided inside the car with an accessory power outlet of 12V. The steering wheel and shift knob are wrapped in leather. The interior of the car has several wood-grain finishes that make the cabin look stunning. 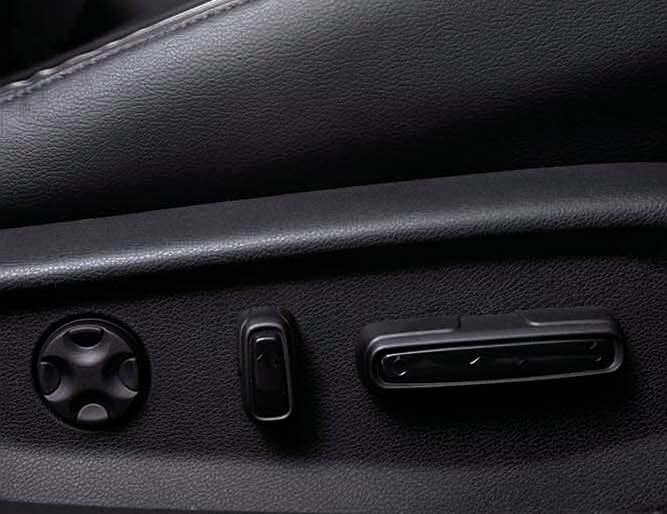 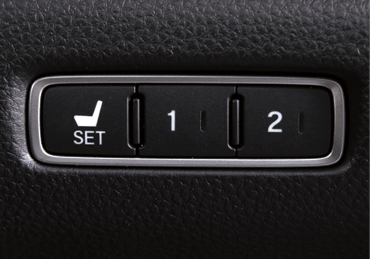 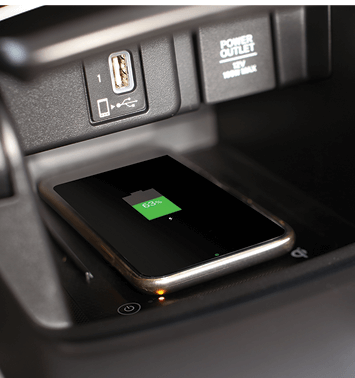 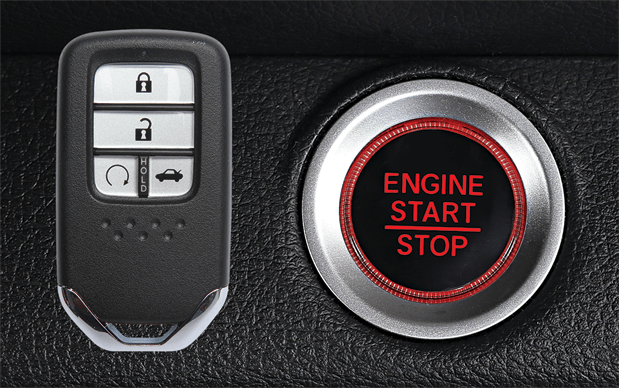 The car has a cruise control system installed by the auto manufacturer. It’s also provided with several driving modes including ECON with ECO Assist & Sports. With the touch of one button, the engine adjusts its behavior to maximize economy. The sports mode offers responsive acceleration through performance-oriented driving. The instrument cluster has an odometer, trip meter (A/B), instant/average fuel economy, range, average speed, elapsed time, and outside temperature display. The steering wheel has several mounted controls including cruise control, audio control, Bluetooth, etc.

The all-new 10th generation of Accord is equipped with an 8-inch display audio with an advanced capacitive touchscreen. The audio system has several features including AM/FM radio, MP3/WMA, smartphone connectivity, and Bluetooth phone display. The car’s entertainment system also comes with Auto Car Play. There are as many as 6 speakers installed in the sedan to offer a surround sound inside the cabin. It also has 4 USB ports to keep the mobile phones charged through charging cable. 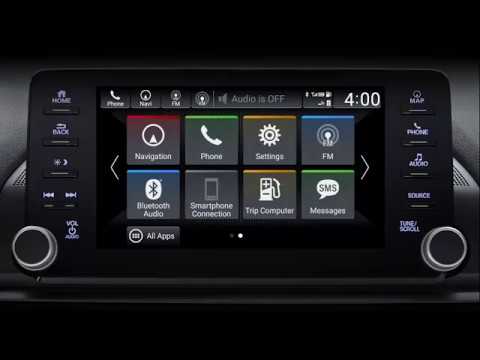 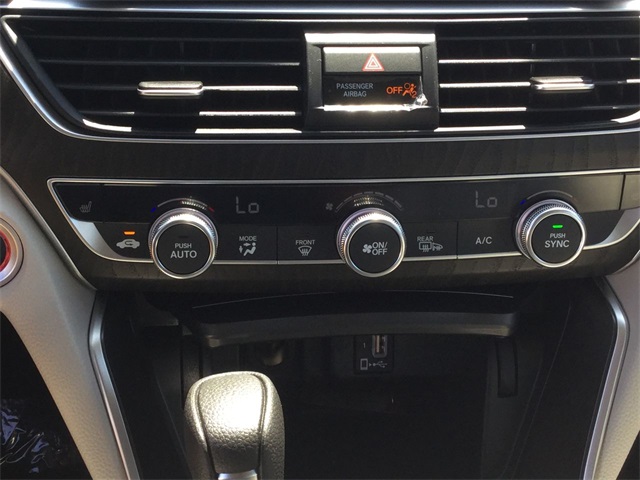 Honda Accord possesses an advanced-level of safety features. A majority of cars of Honda including the City already lack basic safety features in the Pakistani market. However, Accord is equipped with several safeties and securities for the passengers. The sedan has an anti-locking braking system (ABS) with Brake-Assist and Electronic Brake-force Distribution (EBD). It also has an emergency stop signal (ESS) and Hill Start Assist (HSA) feature that prevents the vehicle from rolling backward while going uphill. It also comes with a lane watch feature which has a small camera mounted on the side view mirror thus enhancing the side view hence reducing the blind spot and is also equipped with Vehicle Stability Assist (VSA) feature. The all-new Honda Accord is equipped with as many as 6 SRS airbags including 2 at the front for the driver and front passenger and 2 on the side curtains. The car also has child safety seat anchorages known as ISO-FIX at the rear side. The rear doors also have child-proof locks for enhanced safety of kids. 3-point ELR seat belts are also available in the car as basic safety and also shows a seat belt reminder.

The multi-angle reversing camera helps the driver while reversing the car through various guidelines. As a part of the security feature, Accord has an ECU immobilizer key with a security alarm system installed in the vehicle. It further ensures the security through walk away auto-lock system in case the driver forgets to lock the car.

Honda Accord 2019 is introduced in 5 colors in Pakistan. These colors include:

The introductory price of the all-new 1.5L VTEC Turbo engine model of Accord is Rs.11,999,000. The complete specs sheet is attached below: 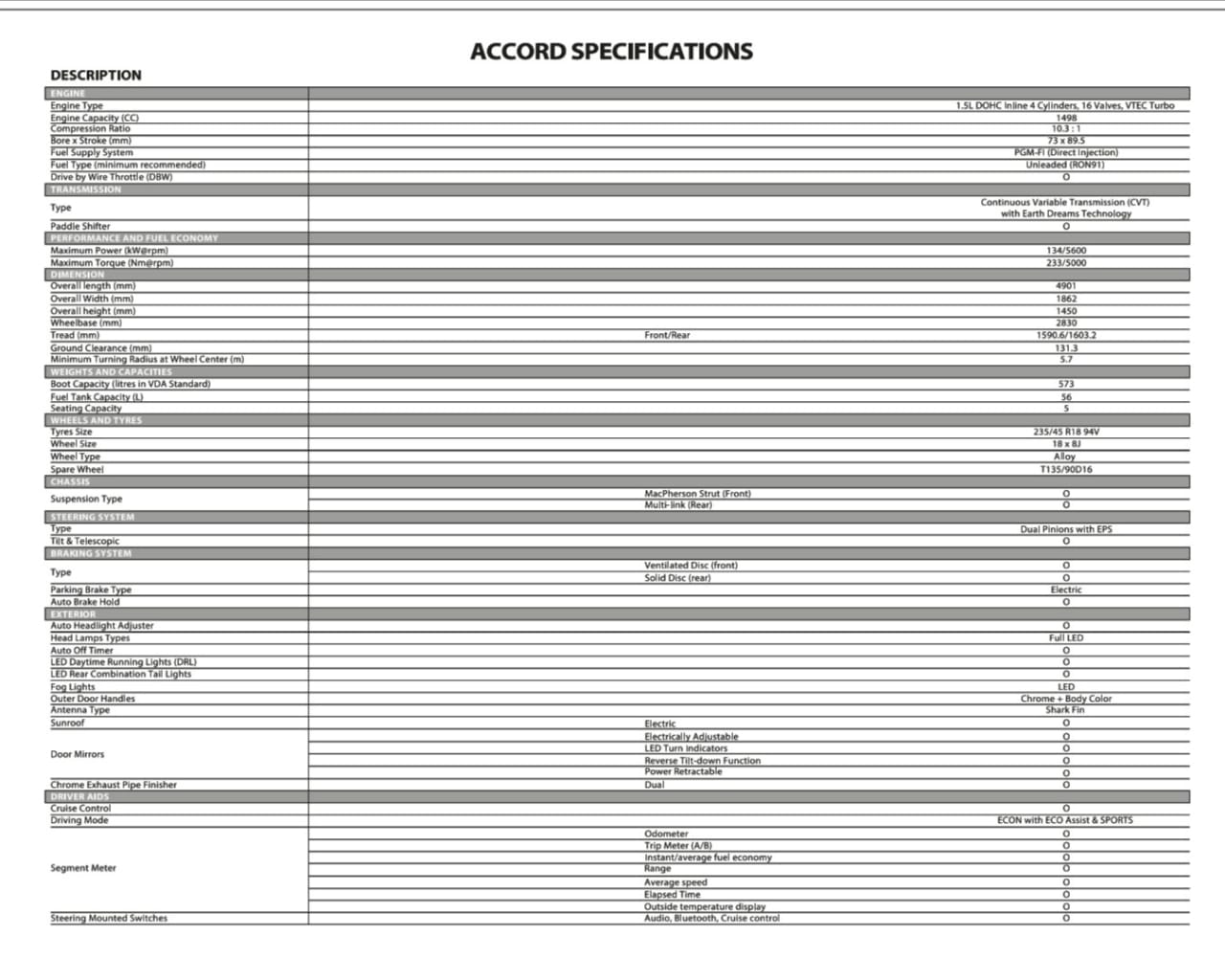 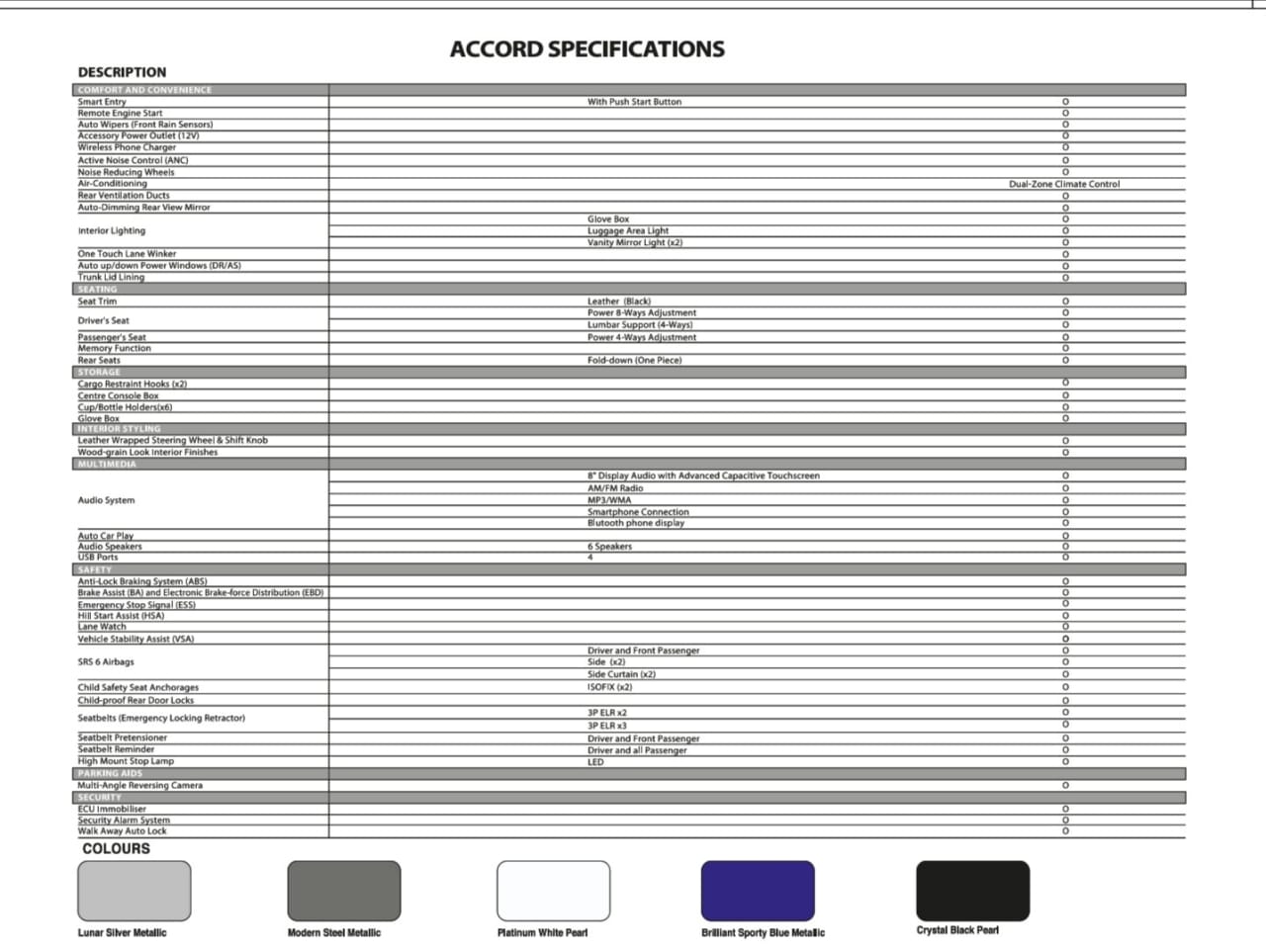 What are your thoughts on the newly launched Honda Accord in Pakistan? Let us know in the comments section below and stay connected with PakWheels for more updates on the automobile industry of Pakistan.