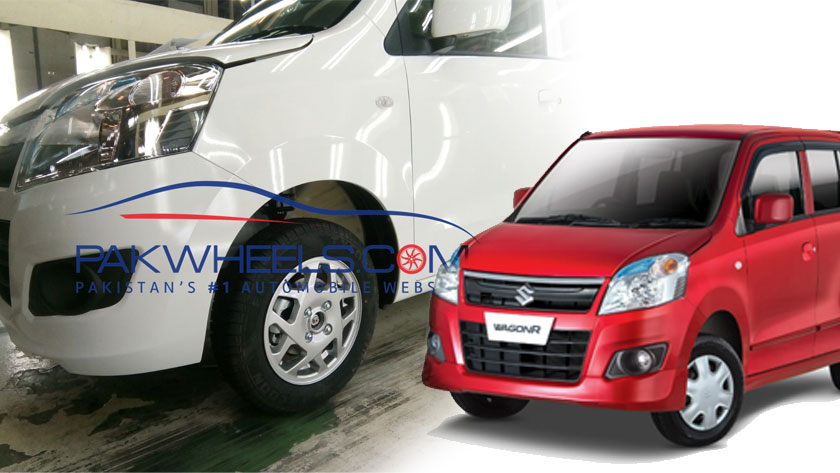 The introduction of Wagon R AGS variant in Pakistan: A valuable deal?

In its latest move, Pak Suzuki is planning to introduce the AGS variant of the 1000 cc Wagon R in Pakistan. How good is this step by the company, and what are the expectations regarding its launch in the local market? Let’s find out!

Suzuki Wagon R is undoubtedly the highest selling car of the company for the last three or four years. There are several reasons behind its success in the local auto sector. The top ones include the lack of competition in the local market and the huge success of ride-hailing companies in the country. Wagon R was launched in Pakistan back in 2014. Initially, it didn’t get the response from the consumers, but later on, the entry of ride-hailing companies in the country turned into a blessing for the auto manufacturer. In no time what so ever, Wagon R became the top-selling hatchback in the country. In terms of shape, the hatchback is a tall-boy designed unit with a little to attract in its looks. However, the lack of competition in the local market left the consumers with no choice. The strategy of introducing the AGS variant was first adopted by the company in its lineup of Cultus, last year. Later on, the company launched the all-new 660cc Suzuki Alto in Pakistan, a few months ago. It was introduced in three variants including the top of the line AGS variant.

Following the footsteps of its other models’ lineup, the company has now reportedly decided to launch the auto gear shift version of Wagon R in Pakistan. Currently, only two manual variants, i.e., VXR and VXL, are available in the local market. It is also worthy to mention here that the introduction of Wagon R AGS will offer more choices to the consumers to pick from. It also means that now all the hatchbacks of Suzuki come with the luxury of automatic versions.

If we look at its production model in other countries, the 3rd generation was launched in India on 23rd January 2019. Since then, it has received a mighty response in their local market. Wagon R 3rd gen model is available in both manual and automatic transmission in India. It’s categorized into three variants Lxi, Vxi, and Zxi based on the transmission type and engine capacity. The hatchback also comes in two engine options, i.e. 998 cc and 1197 cc. The 1.0L 3-cylinder engine produces a maximum of 67 hp and a maximum torque of 90 Nm whereas the 1.2L engine is a 4-cylinder unit that produces a maximum output of 82 hp and a maximum torque of 113 Nm. The hatchback has a highly fuel-efficient K-series engine installed in it which also has a reduced engine sound hence resulting in the better driving experience. It’s also the first time in India that Maruti Suzuki has introduced Wagon R in the auto gear shift (AGS) version as well. It has also boosted the sales of the already popular model in the country. In the Indian-bound Wagon R, there is a Smart Play studio touchscreen infotainment system installed along with an inbuilt navigation system. However, it still comes with a tall boy design much similar to the previous model. It is pertinent to mention here that this particular model of Wagon R is one step ahead of the one which is currently available in Pakistan. So, the two can’t be compared with each other by any means.

The upcoming AGS variant of Wagon R in Pakistan has very little expectations in terms of new features as compared to the VXL manual variant currently available in the local market. Despite being the top of the line variant, the VXL version lacks safety features for the passengers. Even the basic safety feature such as SRS airbags are absent in the hatchback. Furthermore, it also doesn’t have the rear power windows or retractable side mirrors option available until now. In my humble opinion, the Japanese auto giant should consider adding more features to the upcoming variant on top of the change in transmission. However, the price constraint might not allow the auto manufacturer in adding any expensive feature to the hatchback. The top-spec VXL variant already costs Rs.16.25 lac, and with the addition of AGS technology, the vehicle’s price is expected to go up by almost 1.5 lacs.

Pak Suzuki’s cars are already over-priced in the local market considering the number of features they offer to the consumers, and with the lack of a few basic features mentioned above, it isn’t an attractive deal anymore. On the other hand, Pak Suzuki is just looking to diversify its products line-up with more range to choose from. The launch of the all-new 660 cc Alto has already left its mark on the sales of Wagon R. Suzuki Alto, Wagon R and Cultus currently hold the hatchback-level category ranging from Rs.1.1 million to Rs.2 million respectively. All of these models come in three variants which cover all price ranges in the above-mentioned price category. Unfortunately, it’s all about more model options rather than captivating features offered in them.

Apart from criticizing any car for its unfair price or below average features, the acceptability of Suzuki’s cars in Pakistan remains at the peak. Whatever the company introduces in the local market starts getting high sales. The government also needs to step up on this occasion and start a regulation system in which the auto manufacturers are bound to offer certain safety features in their cars. Safety in cars is neglected the most in Pakistan due to the absence of any rules implemented by the concerned authorities. Also, price control is another factor in which the government needs to play a role. There should be a certain percentage at which an automaker can revise the prices of its products on the back of the devaluation of the local currency. Currently, the auto manufacturers especially the big three are looting the end consumers with products made with low quality, fewer features, and higher prices.

Share your thoughts on the “coming soon” Wagon R AGS variant in the country. Stay with PakWheels for the latest updates on the automobile industry.