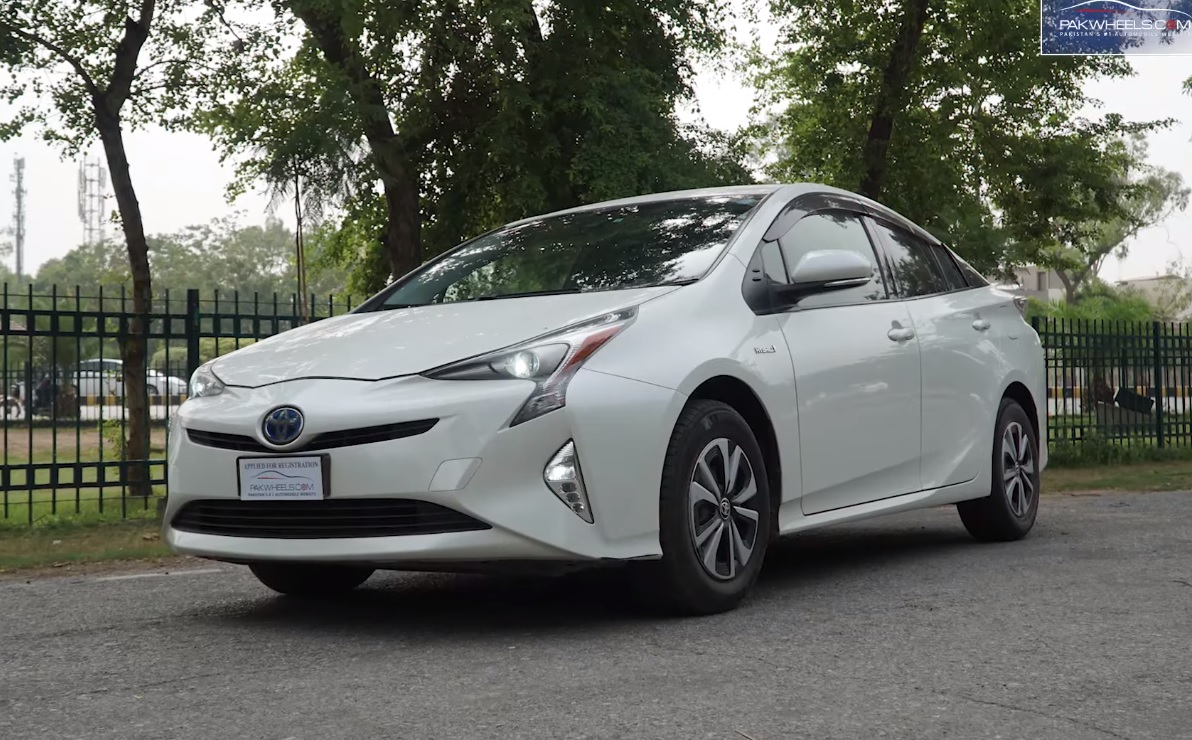 Amongst many new hybrid cars that have been introduced to Pakistan in recent years, the Toyota Prius seems to be really preferred amongst our buyers. When buying this car, the owner was not concerned about a budget as much as he was with features, good fuel average, ground clearance, and the car being a hybrid.  Therefore, when he weighed out his option, he confidently chose the Toyota Prius Hybrid 2016.

Having been the owner of the previous Toyota Prius, the owner feels that the batteries in this particular model are more powerful and lighter as they are made from Lithium-Ion.  The battery is also smaller; therefore, it consumes less space than the previous model and is located under the rear passenger seats instead of under the boot, which also makes the 2016 Prius a lighter car overall.

The Prius is loaded with features and accessories.  The car has six airbags that deploy within milliseconds to minimize the effect of any unfortunate impact. It is fitted with a genuine Navigation system, Steering control, and cruise control. It is also equipped with heated leather seats, and some variants of the Prius come with heated steering as well.  It also gives you several driving modes like Power Mode, Electric Vehicle (EV) Mode, which is only available in hybrid cars. Last but certainly not least, it has the Eco Mode that further saves fuel while in use.

The Prius also comes with Lane Assistance and Automatic headlights. This particular model does not come with a sunroof. You can also convert the Japanese language into English with the Language Conversion that has started to get installed in cars made from 2012 onwards. This feature really makes it easy for one to detect an error or a fault when the vehicle gives off a repair light, which can also save you from being scammed by the workers in the local repair shops as these folks often take advantage of such situations and rip you off.

The 2016 model Prius was surprisingly spacious enough to fit five to six people. It has excellent headspace and legroom, especially in the front. Even the back has sufficient legroom. It can accommodate up to three people comfortably or three adults and a child at the back.

The boot, too, was built with a lot of space compared to the last generation Prius as the batteries were stored under the boot. When the buyer first bought the Toyota Prius 2016, he did feel that the car was too low and would grind against speed breakers; however, upon having it risen an inch, it did help with the grinding and scratching of the body kit.

The Air Conditioning in this car is phenomenal; however, the rear doesn’t have any vents, but that’s not too big of an issue as the front vents are powerful enough to throw the air far back.

Many agree that this new generation Prius has a nonconventional and a nontraditional shape. They’re especially not fond of the boot shape, but some, including the owner, think that the Prius is just futuristically built.

The Prius model always came with one issue or the other. For example, the first-generation Prius had a problem with its water pump; the second generation had a problem with the inverter motor. There is not any known issue in 2016 Prius; however, the ground clearance is shallow, but that too can be fixed.

Due to its comparatively limited appearance on Pakistani roads, people have a conservative thought that they might not be able to find the spare parts to this car when it comes to repairing or exchanging but not to worry as you can find pretty much any part you look for at either PakWheels.com or at any local car repair shop near your house. The parts are, however, a bit expensive, so you might want to ease up on the showing off and driving recklessly.

Funds given to Aman Foundation to restart its ambulance service