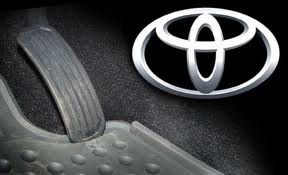 Toyota to pay 1.4 billion US $ over unintended acceleration claims

The biggest P.R. destruction an automotive company had to face after the Lancia debacle was Toyota‘s unintended acceleration issue. In the early to mid 90s, Lancia, an Italian company best remembered to be the maker of the craziest, best and the most technologically advanced cars was a victim of P.R. disaster. All the press had gone against the company and drew it into paying massive settlement claims which bankrupted the company.

Unlike Lancia, Toyota, even though it doesn’t want to be the largest company in the world but it still is and even after paying record breaking settlement claims previously, it can afford to pay another set of huge bills to settle the unintended acceleration case which halved Toyota‘s P.R. reputation.

To settle these court cases, Toyota has proposed over a billion dollars to settle civil claims of economic loss related to alleged cases of sudden unintended acceleration in its vehicles from 2009-2010. Estimates place the cost of the settlement between $1.1 billion and $1.4 billion.