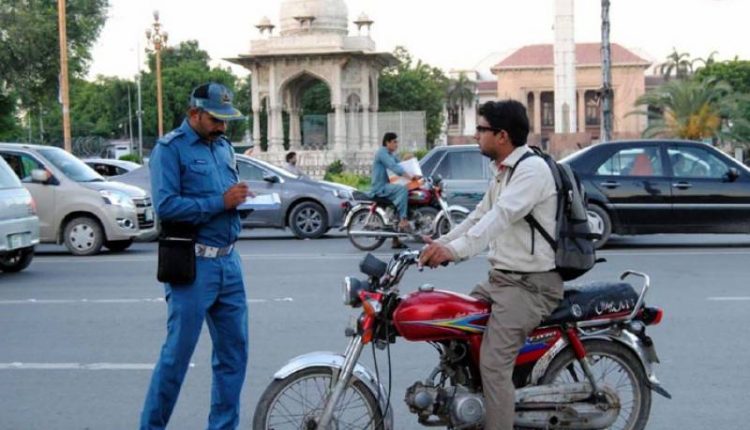 In an effort to curb the traffic violation, City Traffic Police Lahore has hiked up the traffic fines significantly. According to a tweet, the police warned the public that the fines will not be Rs. 300 and Rs. 500, instead, they will be Rs. 2,000 and Rs. 5,000 for bikes and cars, respectively.

The City Traffic Officer (CTO) Muntazir Mehdi has sent the suggestion to DIG Traffic Punjab in this regard.

As per the suggestions, the new traffic fines in Lahore will be:

This is not the first time the police have taken a step to tackle traffic violation in the city. On a number of occasions, the police have launched operations against fake number plates and one-way violations.

Back in June 2021, the Punjab government significantly increased the fines imposed on all kinds of traffic violations. The Punjab government had covered all drivers in the new penalties, including passenger and commercial vehicle drivers, motorcyclists, and rickshaw drivers. In addition to the challan fees, the government also made it mandatory for the owners of vehicles older than five years to obtain a vehicle fitness certificate.

For motorcyclists, the fine has been increased to Rs. 300 or Rs. 400 depending upon the violation.

The fine for riding a motorcycle without a helmet was up to Rs. 600 instead of just Rs. 200.

The fine for speeding, wrong parking, driving in the opposite lane and riding a motorcycle without lights at night hiked up to Rs. 400, not Rs. 200.

Underage motorcyclists started to be charged with a fine of Rs. 500, while those without valid driving licenses were fined Rs600.

Motorcycles with fake number plates were fined up to Rs. 1,000.

Vehicles using pressure horns or driving on the wrong side of the road were fined Rs. 1,000.

The fine for passenger and commercial vehicles with fake number plates was Rs. 2,000.

What do you think about the new increase in traffic fines? Do you think it would help tackle the issue? Share your thoughts in the comments section.