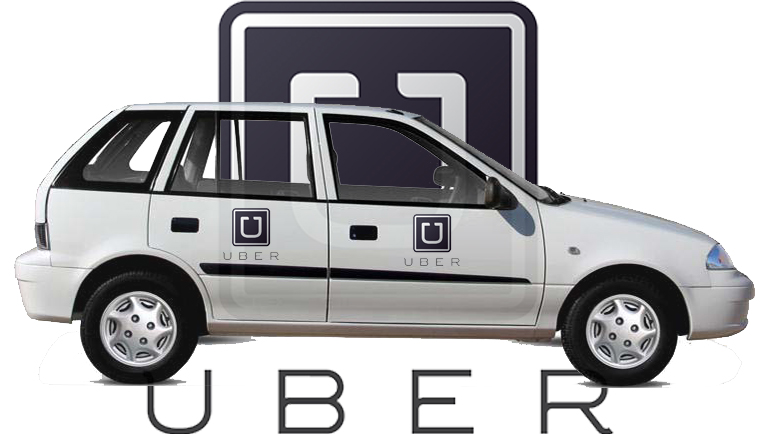 The infamous online taxi app Uber is making plans to launch its app in Pakistan by the end of 2015. Uber is a mobile app from where you can call yourself a private taxi at your doorsteps. When you need a ride, you upload your request through Uber app, and it then relays the information to drivers who use Uber. Drivers who are in the vicinity and are interested in the fare accept the request and pick the passenger up. Drivers also upload their data and information in the Uber servers, and you can rate the driver and his/her service through your app, for others to see. Less than four stars, and Uber removes the driver from their app. Uber app services are available in around 58 countries and more than 300 cities around the globe.

Now it seems, Uber is interested in starting its operations in Pakistan as well. Basically Uber is aggressively pushing its business to countries where they feel they won’t be taken to court on the legality of their service. Uber service is banned in some countries and in many, including its home country, they face legal suits from government approved taxi services. It is reported that price of the taxi plate that used to be available for around USD 750,000 in New York state fell to USD 300,000 because of Uber.

So to find new markets, Uber is trying to enter new regions where they feel they will not face such hostility, and Asia Pacific is one of them. Uber has already started to look for management personnel in Pakistan. It looks like Uber is setting its base in Lahore.

“We can confirm we are currently recruiting for a team in Lahore, and are very excited about launching in Pakistan as we see huge potential in the way we can help people move around their city safely and reliably,”

Posts that are currently being advertised are:

Uber will not be the first taxi hailing service in Pakistan. Services like Tripda and Careem are already operating in some areas of Pakistan. They are not exactly like Uber, but offer the same sort of private car for taxi hire business model.

It feels like the launch of fast mobile internet services in Pakistan has played an important part in making Uber to decide to start their app in Pakistan. According to statistics by PTA, 14pc of Pakistani population has access to the internet, and 73pc have mobile phones. Uber is looking to cash on the increasing number of Pakistani internet users.

“What we are bringing to Pakistan is our brand and more than that, the experience of our brand around the world,”

Whether Uber will be a success or a failure, that is yet to be seen. But it is definitely a positive business activity. I am sure many would prefer to ride in a privately owned car, driven by a vetted driver, than those old rust buckets painted black. Also, if you have your own car and want to make some pocket money, a service like this can help you do that. Success or failure, I think all of that would depend on how effectively Uber can translate the basic concept of their services to Pakistanis in a language we understand