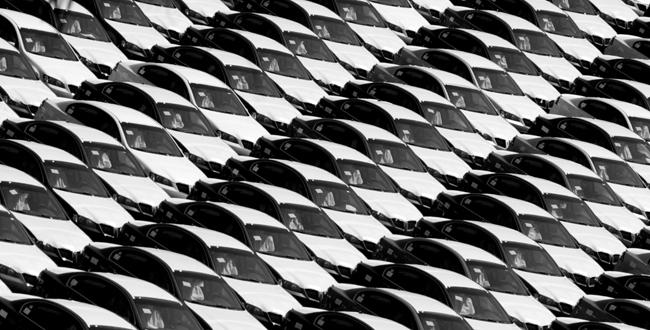 Imported cars have always been an issue for Pakistan, increasing the duty was the best that could happen to the local manufacturers as their sales would have increased. Whenever reduction in duty was seen in the past, local manufacturers along with the Federal Board of Revenue (FBR) opposed as they could see their dark future coming closer.

It is expected that the government will reduce the duties on imported cars to give relief to the middle income class of Pakistan. In this way even the middle income class can also buy cars rather than purchasing motorcycles and riding it with 3 to 4 people on it. The decision of reducing the duty on imported cars is said to be final and will be seen in the upcoming budget of 2014-2015, only if the government is not faced with any type of external pressure. According to sources, the Economic Coordination Committee (ECC) has almost done its work on approving the decision.

The plan is basically to help biker owners to switch to cars, and under the new plan, maximum benefit will be offered to those who are looking from switching from a motorcycle, to a car.

Currently a 660cc car costs you around 0.8 to 1 million which is more than many people’s budget. In the future it might be seen that there will be two new slabs of custom duty one from 2001cc to 3000cc and the other for above 3000cc vehicles. Many people have expected that along with this adjustment in the duty, it will also be seen that the age limit of cars would be exempted. But the officials clearly stated that the current age limit of 3 years old car policy will be continued and no cars of more than three years will be imported into the country. There are some exceptions in this such as the gift scheme, transfer of residence and personal baggage scheme.

Imported cars have a significant impact on the economy of Pakistan. It was seen in the last fiscal year of 2012-2013, that Pakistan imported cars worth Rs121 billion. Looking into this thing through the economic perspective, the imports increased causing the trade deficit of the country to increase but on the other hand it becomes a source of revenue for the economy too. It was recorded by the FBR; Rs69.1 billion was paid in taxes including the Rs42.3 billion custom duty. Senior government officials believe that as there is a huge market which demands for imported cars, decreasing the tariffs on imported cars will result in greater revenues for them.

Till now we were just taking into account the imported cars and the middle income people. But what about the local manufactures, it is expected that these manufacturers will face great losses as the quality of cars and the detail work they provide is far less than those provided in the imported cars. Obviously if a person buys Toyota corolla or Honda city, he would prefer imported cars such as Toyota Axio or even Toyota Premio if the range is suitable. The current motive behind the reduction is to make small and cheap available to motorcycle owners and none of the current automakers make anything below 7-8 lac rupees. Even a 30 years old box on wheels called Mehran is 7-8 lacs now.

Government is trying to do what Tata did with Nano, except they designed, built and produced the car in their very country and that’s what Government should do. Invite small car automakers, open the industry for new car entrants to make small and cheap cars.

Because, out of many issues, one which the government can face is that of unemployment. If the tariff on imported cars is reduced, the sales of local vehicles will also be reduced and eventually companies will lay off people. The country already has many social costs and if this happens; those costs will further increase.

2014 Corolla to be launched at a higher price in October

Hybrid technology, is it the future?