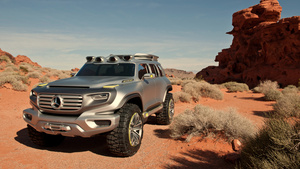 If Land Rover built the Defender, Toyota had the Land Cruiser and Hilux to answer while Mercedes had the G-Wagen. All of them were used in warfare and the toughest conditions humans could face in a vehicle anywhere the around the world. Wars have never been named after cars but they have been named after 4x4s, the Toyota War for instance.

This decade, automakers have maximized their pace to define the future, both in the form of fuel they’ll use and how would the cars look as well. This is not the G-Class, however, the G in the name is a direct reference to the G-Wagen, but this is going to be a police vehicle for the future which was envisioned for 2012 Los Angeles Design Challenge as an “environmentally friendly” off road concept.

But the most interesting part of the car is that it isn’t a hybrid but actually a hydrogen powered vehicle but that hydrogen is extracted through magic by what Mercedes is calling as “hydro-tech converter”.

How it works is quite close to the concept of the infamous Agha Waqar. The Ener G-Force stores recycles water on tanks fixed on its roof which provides water to the Hydro-tech converter which by some magic creates hydrogen fuel out of water and gives 500 miles of range. Unfortunately, concepts and ideas are worth nothing here and so Agha Waqar’s system which didn’t work but his concept/idea was genuine as even U.S. Navy is now using seawater to make jet fuel for its air planes.

Moving on, the design is quite Hollywood type futuristic but we’re not entirely sure whether it’s fit for 2025 or not, for the year this concept is designed to be.

Click on the pictures to view in larger size. 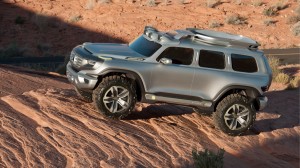 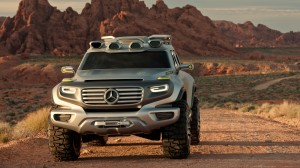