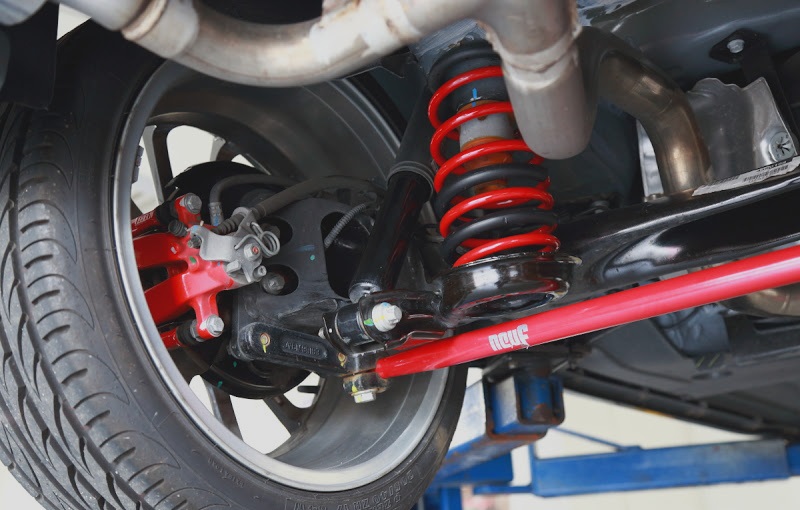 Damper or shock absorbers are one of the key components of a car’s suspension. Shock absorbers have proved to be a cheap and effective method to control the bounce motion of a vehicle. A shock absorber is wrapped but a spring is normally made out of a steel alloy. Both of them play a 50-50 role to absorb the shocks or at least that is what you are bound to believe after all these years. But if you ever decide to take a closer look, the damper isn’t really the component absorbing the shocks. It’s the responsibility for the coil spring. Now the question arises is that what’s the primary function of the shock absorber?

Also Read: What Is A Moonroof?

The answer is simple. A shock absorber has to slow the bounce motion of the car and make sure the car is placing an equal load on all tyres all the time to ensure a balanced ride Additionally the up-and-down movement of the wheel pumps fluid from one chamber to another through a damper valve. Which gives the dampers a very smooth linear motion.

“A spring accommodates imperfection and supports the vehicle. A damper’s main role is to control the motion. If you didn’t have dampers the car would pogo along the road and, in extreme, you would have wheel hop.” Greg Kirby, Eibach’s General Manager

With the above information we have so far. it will be fair to say that dampers should actually be called motion absorbers or bounce absorbers but in reality, dampers are still the right word to define “Shock Absorber” so let’s not try to invent something new here.

But before you freak out, despite knowing how dampers and spring work I also never noticed that we have been using a logically wrong term for the dampers whose actual work is to control the motion of the car. This is also not the first time this is happening, in fact, many of the times a false term is used so often that it becomes a norm and gets accepted everywhere. Mechanics on most workshops won’t even understand if you tell them to replace the dampers. Instead, you have to elaborate that you want “Shaakhh Absorbers”.

One another common misconception is that a car manufacturer will fit a car with the best possible dampers and spring which is also not true but a topic for some another day.

Fun Fact: In the early days of motoring industry, combustion engine based cars were called horseless carriages but it was until 1895 when Britains adopted a much more impressive term “Motor Car”.

Bike sales up for 2nd straight month in October 2018