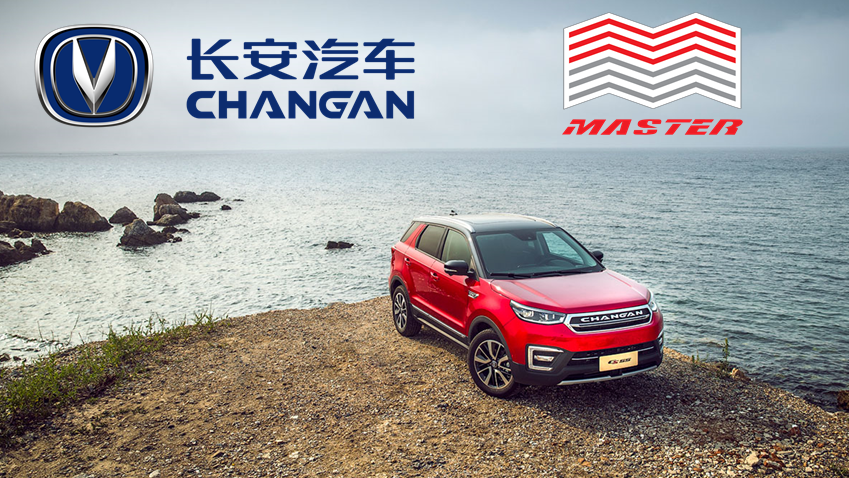 What to expect from Master Motors in Pakistan

Upcoming vehicles from the likes of Kia, Hyundai, Renault and United Motors have been in the Pakistani automotive news for quite some time now. However, that is definitely not the end of the new entrant story. Only recently Kia Lucky Motor unviled Kia Grand Carnival, a very well rounded family vehicle. The Korean company is getting ready to unveil rest of its vehicle lineup in coming months. Under the Auto Development Policy 2016-21, over half a dozen new automakers have committed to the local market, among them is Master Motors.

In a joint venture with the automotive giant Changan, Master Motors hopes to bring some of the Chinese carmaker’s models into local production and compete with the increasingly tough competition. But before they actually deliver the goods, let’s take a sneak peek and check out some of the Changan models that Master Motors may be considering to bring into local production. So here are five cars that Changan sells outside of Pakistani shores that we might see in Master Motors’ showrooms. Keep in mind these are only the cars that Master Motors can introduce given they see a market in Pakistan, and not a sure shot that all of these vehicles will make it to our local industry.

Jump-starting our list is Changan’s entry in the subcompact hatchback category, the Benni. It goes against the Suzuki Swift, FAW V2 and the upcoming Renault Pulse, but at a lesser price. Powering the little Benni is a 1.4L BlueCore Naturally Aspirated Inline-4 motor generating a respectable 100 HP and 135 Nm of torque. As a result, this lightweight 1020kg car feels quite quick and responsive. Like most Chinese cars, the suspension is tuned to be comfortable and compliant. Due to this suspension tuning, the Benni does not feel as sharp and fun as the Swift, but it deals with bumps and imperfections on the road better than most others. It comes with a choice of either a 5-speed manual or a 5-speed automated manual transmission, that is similar to the AGS technology found in the new Cultus. The interior is also a nice place to be, the build quality in Chinese cars has improved a lot since old times, and the Benni is no exception. The two-tone interior does feel high quality and is reminiscent of the Hyundai i10. A 7-inch touch infotainment screen, partial LCD instrument panel, cruise control, 15-inch alloy wheels, dual front airbags, traction control and ABS, are all available here. Expect the Benni to be under 10 lacs when Master Motors begins local production.

The sub-compact sedan market has been dominated by the Honda City and GLi/XLi variants of the Toyota Corolla for quite some time now. Master Motors aims to bring competition to this segment as well and also competes with the upcoming Toyota Vios/Yaris Sedan, Hyundai Verna and the Suzuki Ciaz. A 1.6L Naturally Aspirated Inline-4 BlueCore engine beats at Alsvin’s heart producing a healthy 126 bhp and 160 Nm of torque, making it more potent than even the Altis 1.6 variant of the Corolla (120 bhp)! The Alsvin rides well too thanks to a comfortable suspension and well-insulated cabin.  It comes standard with a 5-speed manual transmission whereas a 4-speed automatic transmission is optional. The Alsvin has features like DRLs, diamond-cut alloy wheels, cruise control, a 7-inch infotainment screen, side curtain airbags and an LCD helper screen in the instrument panel that cars from the upper tier like the Honda Civic and the Altis Grande variant of Toyota Corolla typically offer. A 1.0L turbocharged and direct injected engine that makes 113 HP and 185 Nm returning up to 17.5 km/l is also available. However, I don’t see it making an appearance in Pakistan due the costs, complexities and liabilities involved. We all have seen what happened to 10th generation Civic 1.5 turbo and such a debacle can end Master Motor’s endeavour in Pakistan. It will be interesting to see how it fares against local competition and the industry giants City and Corolla when it arrives at around PKR 15-16 lacs.

The Eado is Changan’s offering in the compact sedan segment and goes against the Honda Civic, Toyota Corolla Altis Grande and the upcoming Hyundai Elantra. Looks and style matter in this segment and the Eado lags behind the main rivals in this respect. It is reminiscent of the facelifted 10th generation Corolla, which is not a compliment at this point in time. However it excels in other areas, the 1.6L BlueCore unit is carried over from its little sibling and so are the 5-speed manual and 4-speed automatic transmissions. The interior is well built, and features contrasting stitching on the dashboard, door panels and the centre armrest for a premium look and feel. There is plenty of leg and headroom on offer, combine that with the solid material choices and build quality and the Eado scores full marks for the interior, especially considering the price. The ride is also tuned to be comfortable and not sporty, which is fine for a car of this type. Cruise control, 17-inch alloys, keyless entry, push-button ignition, a 7-inch LCD infotainment display, leather seats and all sorts of amenities are available here. Safety tech includes dual front airbags, passenger and driver side airbags, side curtain airbags, front steel reinforced crumple zone, ABS and traction control. Like all its siblings the Eado is also expected to be a great value for money, coming in at just under 17-18 lacs.

Like any commercially aware automakers, Changan’s lineup will be incomplete without a crossover. The CS15 is a sub-compact crossover and competes with the Aqua Crossover, Suzuki Ignis and Maza CX-2. Firstly, the CS15 makes a statement with its bold styling and plenty of road presence which is the main point of buying a crossover or SUV over a sedan. A 1.5L BlueCore Naturally Aspirated Inline-4 engine powers this mini-SUV, generating 105 HP and 145 Nm, paired to a 5-speed manual or a 5-speed dual clutch automated manual transmission. DCTs are not typically found in cars of this class and can be hit or miss depending on how they are tuned. The interior design is similar to other Changan models and bears a passing resemblance to Hyundai interiors. The cabin features cruise control, a 7-inch infotainment LCD, steering wheel controls and keyless entry and push-button ignition on the top of the line model. Dual front airbags, front crumple zones, ABS and electronic traction control also make this a safe car. The ride is also good although handling does need improvement due to the high centre of gravity and a softly tuned suspension. Expect the CS15 to have a sticker price of under 20 lacs when it hits Master Motors’ showrooms.

The crossover craze continues with the compact CS35, which goes against some of the toughest competition on the road: The Honda Vezel, Toyota C-HR, BMW X1, Audi Q2 and the upcoming Kia Sportage and Hyundai Tucson, but at less than half the price. As a result of being so aggressively priced, in my opinion, the CS35 will not compete with other compact crossovers, but instead, it will be a viable alternative to the sedans that play in this price class. The CS35’s powertrain features the same 1.6L BlueCore engine powering the Eado and Alsvin, the transmission options are also carried over from the two sedans, a 5-speed manual is standard, and a 4-speed automatic is optional. The usual waft of amenities like cruise control, 17-inch alloys, keyless entry, push-button ignition, a 7-inch LCD infotainment display and leather seats are available. The same goes for safety tech, dual front airbags, passenger and driver side airbags, side curtain airbags, front steel reinforced crumple zone, ABS and traction control are all available here. A 1.5L turbocharged and direct-injection engine, generating 155 HP and 210 Nm is also available, but we all remember the story of the 1.5 Turbo offered here, don’t we? So don’t expect it to make an appearance. The CS35 also has a full-sized seven seater brother, the CS55 but considering its relatively high price and the silent demise of the Regal DSFK-580 Glory, I don’t expect it to make it to Master Motors’ showrooms anytime soon. Expect a price tag of under 25 to 30 lacs if and when the CS35 arrives.

At this point, you might be wondering about the “Made in China” reliability prospect, and to some extent, you might be correct. It is too early to make any credible deductions about the long-term reliability of Master Motors, and one should proceed with caution whenever dealing with an entirely new manufacturer. However the same cannot be said of the Chinese automotive giant Changan. The automaker’s history dates back to 1959. It started its life making the Changjiang Type 46 military truck, which was also China’s first production vehicle. Since then it has grown to have joint ventures with Mazda, Ford, Peugeot-Citroen and Suzuki and has become China’s second best selling carmaker. Times have changed, and Changan has a dependable reliability record and is currently operating in over 60 countries including the UK. So any comparisons with something like United Motors, which is working with an obscure Chinese OEM are unjustified. In conclusion, I believe Master Motors made a wise decision allying with an established automaker with a well-known international chain, and it will be interesting to see how they perform in the Pakistani market