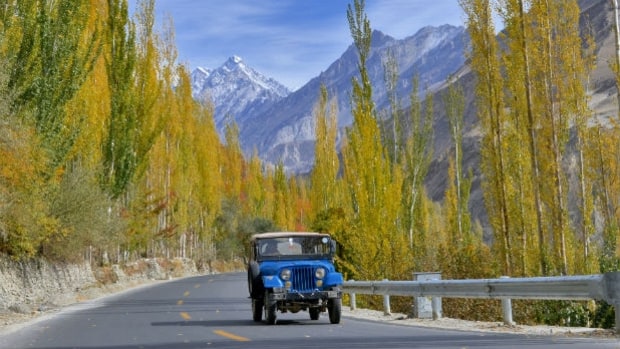 One of the top faced problems among the commuters is their vehicles losing power at high altitudes. Add other various natural forces like rain or snow, and you get thousands of stranded holiday goers.

People might think that there is something seriously wrong with their vehicles but the truth is that there isn’t much science behind the reason why your car loses its power at a high altitude. Well it is of course science but the reason is simple to understand.

As you know, your car needs fuel mixed with air to make a combustible charge. The mixture of air and fuel is called charge. That is why you get the terms life superchargers and turbochargers. Then, in cars that run on petrol, you have spark plugs that ignite that charge. On ignition that charge combusts and pushes the piston downwards. The continuous combustion of the air and fuel mixture makes a cycle rotating the crank in return, and hence you get torque from the engine, which is then transferred to the transmission. In cars that run on diesel, you don’t need anything extra like spark plugs to combust the air fuel mixture. The compression of diesel engines is so high that the mixture combusts itself under pressure.

Now when you are at high altitude, the air is quite thin. Thinner air means the oxygen is less as well. That is also the reason why you quickly lose breath when you are walking up high in the hills and mountains. The higher you go above the sea level, the thinner air the year gets. If you remember your fifth class chemistry lessons, you might remember that you need oxygen to light a fire. No oxygen means no fire. Hence by that fact, when there is thinner air in the atmosphere, you will get a weaker charge (air + fuel mixture). The weaker charge means your vehicle is not making enough power and is not performing at its optimum level.

So to put it simply, your car basically needs oxygen to burn the fuel inside the cylinder. Since there is less oxygen in the air, there isn’t much to burn and make a bang strong enough to push the piston down with full force. That is why cars like Suzuki Mehran or other 660 cc cars with naturally aspirated engines have a hard time going up there. You add weight of passengers to the equation and you better just turn your car around. In situations like these, many people often misuse the clutch and can end up with burnt clutch plates as well. Since the car is making less power, drivers often use excessive clutching for the vehicle to make a climb without stalling. That in return, drastically shortens the life of your car’s clutch.

The drop in power can be quite serious depending on how high you are above the sea level. For example, a naturally aspirated car making something 500 BHP at zero sea level might end up making a little over half of that power above 10,000 feet sea level. Many folks agree across the globe that a general rule of thumb is that your car keeps on losing 4% of its power for every 1000 feet it climbs above the sea level. So keeping the example of that 10,000 feet elevation in mind, you are basically down 40% of your original power that it can make at sea level.

So what can you do to improve the performance of your car at high altitude, slap a turbo on it, or supercharger, whatever floats your boat (although a conventional supercharger is not as efficient in such high altitude scenarios as a turbocharger). This leaning of air at elevation, of course, hurts the naturally aspirated cars the most. Both turbocharger and supercharger are a form of forced induction. You are basically pushing extra air in the engine. The ECU of the car then increases/adjusts the fuel as well. So you get a bigger charge in the cylinder to ignite. Bigger charge means bigger boom and as a result, more power. So when you are up there at 8,000 or 10,000 feet, any sort of forced induction will make sure you have sufficient air inside the engine to combust.

A Talk with Mr. Salman Sufi on Excise Reforms in Punjab