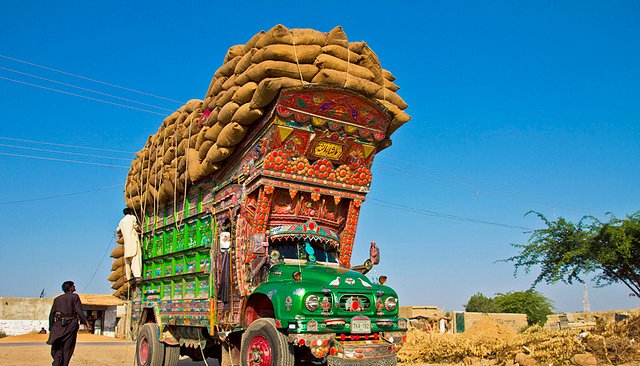 Having written this article in August last year, but wasn’t able to publish it, however, it is as much valid today, as it was back then.

Today, August 20, 2014 is a day of unfolding history for Pakistan. As we all sit in front of our TV sets, spellbound by the unfolding events in Islamabad and the fall of the empire looking more and more probable with every passing hour, I just wonder where will the Pakistani trucking industry be headed if the glass towers finally come down crashing. I mean look at the charter of demand of both the parties. In a nutshell they are demanding electoral reforms, economic reforms, end of corruption and justice for all. Assuming they succeed and implement all these things even 50%, how will the Pakistani truck transport scenario look like? have you ever imagined? Let’s make a try:

– Pakistani truck owners start paying full taxes: (a) demand for competent lawyers and accountants will increase creating thousands of new jobs, (b) freight rates will rise with a direct impact on inflation, (c) Govt will get billions in additional taxes

– Pakistani truck owners start following the law: (a) there will be no overloading… implying around 100% more trucks will be needed to carry the same cargo, (b) thousands of direct jobs for drivers, helpers, mechanics and cleaners will be created in the trucking industry itself, and (c) thousands more indirect jobs will be created in the automotive sector both formal and informal

– Adherence to standards – will create sufficient room for the formation of at least a dozen fabricating companies in the organized sector and 2-3 additional tire manufacturers. enforcement will also require thousands of CCTV cameras, weigh bridges, speed guns, police mobiles, vehicle quality inspection units, truck driver training institutes and what not…creating thousands of new jobs for the unemployed youth. Millions of rupees will also be generated in taxes as a spinoff.

– There will be no further damage to roads and highways, resulting in them completing their design life of 30-40 years without any major re-carpeting. In the current state, a highway has to be completely re-carpeted (in bits and pieces) in around 5-10 years time. How many billions of rupees of public funds will be saved on this ONE account alone?

– and not to mention the increase in vehicle tire life by at least 50% will reduce forex outflow due to tire imports.

Probably the worst hit of all are the truck drivers and crew themselves. They are probably the least paid and most overworked workers in the country, with round the clock duties extended over months without any break and the working conditions are extremely harsh. They have to bear the extreme heat in non-A/C cabins placed right above the engines, drive half naked through day and night to ward off some heat, eat dust during thousands of kilometers of journey, sleep under the truck like a dog and use open fields and walls as toilets most of the time that they are on the road. Playing hide and seek with the police and bribing them when caught is a central to their job description. The only consolation is perhaps the food they eat and their sense of achievement in making an extra buck by stealing fuel and cargo (exceptions are there but very rare).