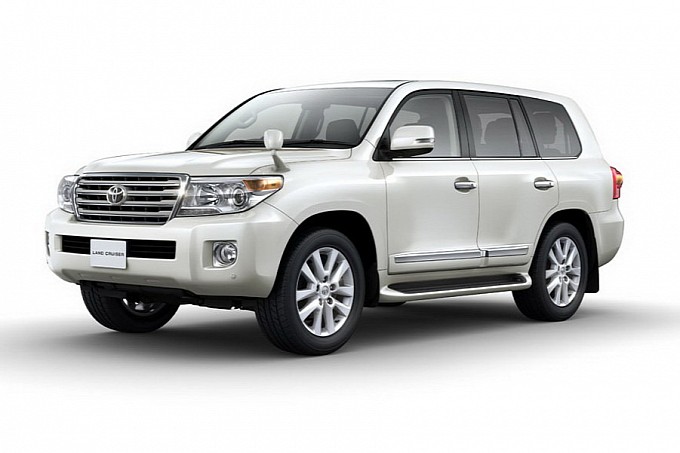 Toyota on its Japanese website has revealed a slightly face-lifted version of the 2012 Land Cruiser featuring fresh lights and extra content. The front bumper has become a bit more edgy and now incorporates fresh fog-lamps and a set of redesigned headlamps with LEDs incorporated into the bottom edge. The shape of the grille has also been subtly improved to a slimmer, more up-market design.

Moving around the car, you have slightly more round tail-lights with 18 and 20 inch wheels to select from while there are also new mirrors with built-in indicator repeaters, revised tail lights and new alloy rims in 18 and 20” diameters.

The 4.6-litre V8 (235kW at 5600rpm and 460Nm at 3400rpm), auto tranny and permanent all-wheel drive are unchanged, but Toyota has updated the Multi-Terrain Select system, which re-maps the traction control and ABS for different driving conditions, and the ‘crawl control’, which acts like an old-fashioned hand-throttle for low-speed off-roading on difficult terrain.

The interior has been beefed up with new colour options and trim materials, there’s an upgraded display for the infoscreen between the main clocks and the clocks themselves get now, more legible graphics.